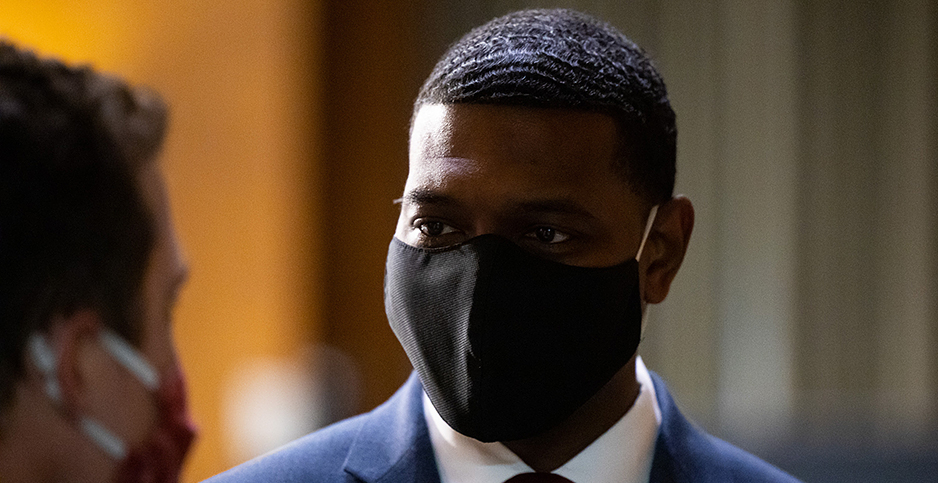 The Clean Air Act sets national air quality standards to lower pollutants that cause smog, acid rain and other health dangers. It’s never been used for greenhouse gases, but environmental groups now hope EPA might finally use it after ignoring the option for 11 years.

The Center for Biological Diversity and 350.org initially petitioned EPA in December 2009 to use the landmark environmental law to set National Ambient Air Quality Standards, or NAAQS, for greenhouse gas emissions.

Doing so could potentially open the door for a more ambitious and all-encompassing climate program than EPA achieved under former President Obama. It would require states to hold their climate-warming emissions to a specific level.

"In our view, the NAAQS program is the strongest and most far-reaching Clean Air Act tool for this work," said Maya Golden-Krasner, deputy director of the Climate Law Institute at the Center for Biological Diversity.

She said the policy would encourage states to "optimally reduce emissions across all sectors and sources, and thus achieve much more in less time than a solely sector-by-sector regulation under other Clean Air Act programs."

Mitigation options run the gamut from market-based mechanisms like cap and trade to command-and-control regulation, but states would ultimately decide.

It’s unclear whether EPA is actively considering such a standard for carbon dioxide and other climate pollutants. But early this month, Jane Nishida, who served as the acting EPA administrator until Michael Regan was sworn in as the new EPA chief on March 11, issued a brief retraction of the Trump administration’s eleventh-hour denial of the Center for Biological Diversity and 350.org’s petition proposing that EPA establish the sweeping health-based standards.

Nishida gave no indication that EPA would pursue the idea, saying in her letter to the petitioners only that the withdrawal was warranted, "as the agency did not fully and fairly assess the issues raised by the petition."

She issued similar retractions of other last-minute denials of petitions for proposed regulations submitted by the New York University School of Law’s Institute for Policy Integrity and Food & Water Watch.

But Golden-Krasner of the Center for Biological Diversity said she saw some cause for optimism in EPA’s speedy reversal.

"I get a sense that the Biden administration is exploring all possible angles for how to address the climate crisis and didn’t want to necessarily rule this one out," she said.

The two groups’ petition was originally submitted to EPA at the end of President Obama’s first year in office, before the agency had issued its regulations dealing with climate change. It remained unanswered under both the Obama and Trump administrations until Jan. 19 of this year, when then-EPA Administrator Andrew Wheeler denied it.

The section of the Clean Air Act that the Center for Biological Diversity and 350.org want to be used for reining in greenhouse gases is currently used to limit smog and soot. It allows EPA to set ambient air quality standards at levels that protect public health and welfare, and then mandates that states submit plans for maintaining those levels.

Long-term failure to meet the standards can result in consequences for state and local governments, including the imposition of an abatement plan by EPA that might limit economic activity in a specific region or the loss of federal highway funds.

This section of the Clean Air Act prohibits EPA from considering cost when setting standards — a limitation that doesn’t apply to Section 111 of the law, which EPA has used under both Obama and Trump to set carbon standards for sectors like power plants and oil and gas development.

Wheeler’s denial of the petition, issued on the last full day of the Trump administration, argued that the groups’ proposal was untenable because greenhouse gases are global pollutants. Therefore, he argued, "no state implementation plan could possibly have any measurable effect on the concentration of greenhouse gases within its own borders, and no state could ever come into attainment on the basis of state level action."

A key aspect of the Center for Biological Diversity and 350.org’s proposal is that EPA adopt a national air quality standard of 350 parts per million of carbon dioxide equivalent. That’s a level at which scientists say the world could avoid the worst impacts of climate change, but it’s also a concentration the world blew past several years ago.

The global atmosphere currently contains more than 410 ppm of CO2e, with greenhouse gases mixing evenly regardless of whether they’re emitted in Chicago or Beijing. Wheeler predicted the result would be "nationwide and perpetual nonattainment."

But Karl Coplan, a professor at the Elisabeth Haub School of Law at Pace University, said the Clean Air Act provides relief if international emissions are the sole reason that a region in the United States can’t reach attainment.

Where "primary" standards require attainment within a decade, secondary standards, which are based on public "welfare" instead of health, lack firm deadlines that would be hard to achieve given the length of time greenhouse gas emissions remain in the atmosphere.

On the whole, Coplan said, he favors "just biting the bullet and going with greenhouse gas NAAQs."

"We’re in a time of crisis, and the time for baby steps and half-measures have come and gone," he said.

But it’s unclear whether that’s the route EPA will take.

Regan and Gina McCarthy, the Obama-era EPA administrator whom President Biden has charged with coordinating his domestic climate agenda, have spoken regularly about the need for a sectoral approach to regulation.

Regan told The New York Times in an interview published this week that the agency is already drafting new rules for power plants and automobiles. This sector-specific approach wouldn’t necessarily preclude EPA from establishing a national air quality standard, too.

Support for the promulgation of greenhouse gas NAAQs standards is relatively limited, even from influential green groups devoted to climate mitigation.

"We are pursuing other Clean Air Act mechanisms that we think offer the potential for quicker abatement," he said via email.

Some experts have questioned whether the Supreme Court, with a strong conservative majority, would favor a rule compelling states to make steep cuts to emissions from a host of sectors at once.

But Coplan of Pace University said the plan, while ambitious, is on firm ground textually. The Clean Air Act allows EPA to set limits for pollutants that endanger public health and welfare — a finding EPA made more than a decade ago and that the courts have upheld.

Listing greenhouse gases as criteria pollutants for the purpose of establishing a national air quality standard would be a "no-brainer," he said. It would also be difficult to undo in subsequent administrations.

The last half-decade has shown that sectoral rules, too, can run afoul of the courts or be reversed after a change in administration.

The Obama-era power plant rule for carbon, known as the Clean Power Plan, was stayed by a less conservative Supreme Court in 2016, even before the Trump administration repealed and replaced it.

Doubts persist about how the high court would treat another rule that, like the Clean Power Plan, takes an expansive view of the "best system of emissions reduction."

If EPA were to decide to move forward with national air quality standards for carbon, it would start by listing the gases as criteria pollutants.

That would trigger EPA into setting the standards. When they are final, states would determine how to reach attainment. It is a regulatory process that would likely stretch well beyond Biden’s first four years in office.