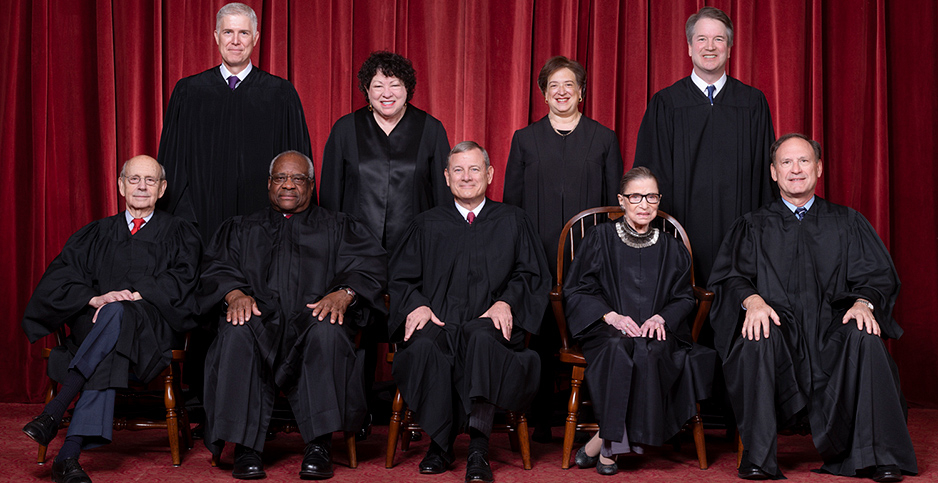 Attorneys arguing before the Supreme Court today attempted to turn water into whiskey.

The justices searched for a standard of controlling pollution that travels through groundwater that would block regulated entities from evading the Clean Water Act while avoiding a significant expansion of the statute’s federal permitting requirements.

In defending their positions, lawyers for environmental groups and the federal government likened pollution from Maui County’s Lahaina Wastewater Reclamation Facility, which runs through groundwater on its way to the Pacific Ocean, to whiskey added to a punch bowl.

The court was clearly grappling with "an interesting and difficult issue," said Bob Percival, head of the University of Maryland’s environmental law program.

The 9th U.S. Circuit Court of Appeals last year sided with green groups’ argument that the county should have obtained permits for the wastewater facility after a tracer dye study confirmed that the site had caused contamination in the Pacific Ocean. Maui County appealed, although some local officials had tried to settle the case before the Supreme Court took up the dispute (Greenwire, Nov. 5).

If he poured whiskey from a bottle into a flask, took it to a party and then poured the spirit into a punch bowl, Deputy Solicitor General Malcolm Stewart said, "you wouldn’t say the whiskey got into the bowl from the bottle."

Earthjustice attorney David Henkin, representing the Hawai’i Wildlife Fund, later countered that argument, saying Congress wasn’t as concerned with how pollution got into waterways when it wrote the Clean Water Act to prevent it.

"Congress was trying to prohibit whiskey in punch," he said. "If you drink the punch and say, this tastes like whiskey, where did it come from? Well, it came from the bottle."

"Wouldn’t you say it came from a barrel in Scotland?" asked Justice Samuel Alito.

At one point during arguments, Justice Stephen Breyer proffered a standard for federal regulation of pollution conveyed through groundwater.

The court could direct EPA to come up with a rule containing a limiting principle, said Larry Liebesman, a former Justice Department attorney.

"They may very well uphold the 9th Circuit on very limited legal grounds, that on these facts a permit should have been obtained, but in other scenarios with other facts, proximal causation and traceability cannot be a blanket principle for any case," said Liebesman, who is now a senior adviser at the consulting firm Dawson & Associates.

A "functional equivalent of a direct discharge" could give EPA some regulatory leeway while putting some reasonable limit on what pollution is subject to Clean Water Act permitting, Breyer said.

"I think we’re going to have to have a standard," he said.

Henkin hesitated and directed the justices back to the environmental groups’ argument that the limiting standard should be traceability and proximate cause.

Breyer expressed concern that Maui County’s position — that Clean Water Act permits are required only for point sources that are the "means of delivering" pollution to waters of the United States — would create an "absolute road map" for evasion of the statute.

Congress didn’t create the point source permitting program on "a hope and a prayer," Lin said. There are state standards that cover nonpoint sources, he said.

The justices had a lengthy discussion with Henkin about septic systems and what would prevent EPA from going after individual homeowners whose septic systems leached pollution into nearby waterways.

Neither Alito nor Justice Neil Gorsuch was convinced by Henkin’s arguments that individual homeowners who had no reason to believe their septic tanks violated the law or leached pollution into waterways would not be violating the Clean Water Act.

"You have great proof, because water tends to run downhill," Gorsuch said.

Justice Elena Kagan tried to help Henkin, saying, "If you look at the ocean and there are pollutants, could you trace it to just one septic tank?"

Henkin said most likely not, because it is very unusual for only one septic tank to be in a given area, and usually whole neighborhoods or towns will have septic tanks.

"So you’re saying if it is one house and one tank, they need a permit, but if it is a housing development with 100 septic tanks, which seems 100 times worse, you don’t?" Roberts asked.

Henkin said it would depend on whether you could trace which of the septic tanks was the one polluting a waterway, which Kagan noted is true of other parts of the law where someone can be held accountable only for things it is proved the person did.

"It’s like an Agatha Christie novel, where you have 20 people and they all shoot the gun at the same time," Roberts replied, referencing "Murder on the Orient Express."

It’s difficult to predict the outcome of a case based on arguments, Percival of the University of Maryland said.

"It could be a 5-4 with Roberts the deciding vote," he wrote in an email. "There clearly are four votes for the [environmental] respondents."

"But much will depend on whether the Justices can craft a limiting principle that satisfies at least one conservative," Percival continued.

The court is expected to issue its ruling by next summer.