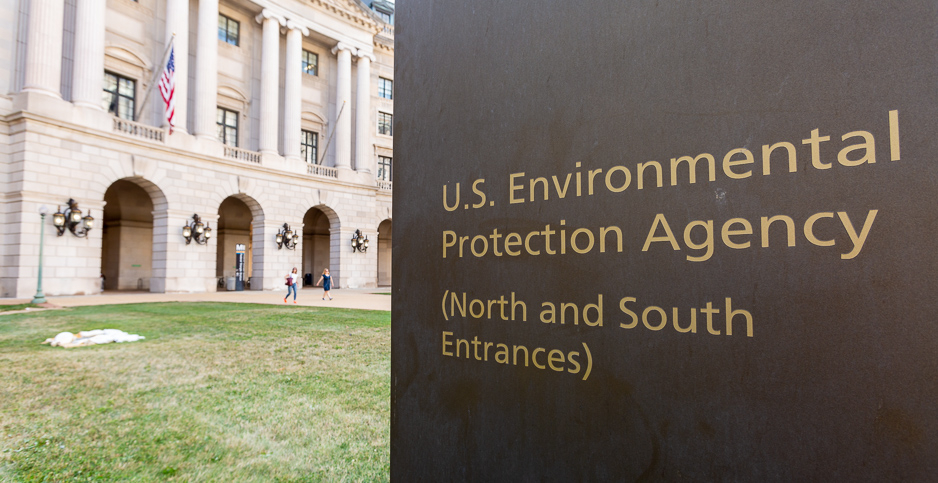 Four whistleblowers in EPA’s chemicals office allege officials tampered with key risk assessments and processes, according to a complaint filed by an environmental group on behalf of the agency staffers.

Public Employees for Environmental Responsibility (PEER) said today that it has raised concerns brought forward by EPA staffers with the House Committee on Oversight and Reform as well as EPA’s Office of Inspector General. The four staffers work in EPA’s Office of Chemical Safety and Pollution Prevention (OCSPP) and say they witnessed repeated attempts to downplay the harms posed by new chemicals, The Intercept first reported this morning.

Among other actions, those staffers say, EPA officials deliberately tampered with risk assessments conducted under the Toxic Substances Control Act, including evaluations on the impacts of certain per- and polyfluoroalkyl substances (PFAS).

"PEER and our clients do not believe that the culture of OCSPP can change unless there are repercussions for this misconduct," Whitehouse said. "Further, it is our belief that the potential adverse health and environmental consequences flowing from altered risk assessments demand immediate attention on a prioritized basis."

The whistleblowers, all EPA scientists, allege that they experienced "numerous instances" in which supervisors or colleagues altered risk assessments at the behest of management. Changes included the deletion of language around adverse effects posed by chemicals, such as developmental toxicity or carcinogenicity, as well as major revisions following the completion of reports, where conclusions were altered to downplay risks. They also said risk assessments have been reassigned to more inexperienced staffers in order to secure agreements around certain changes to assessments.

In one instance, a scientist said their work on a PFAS chemical was altered to avoid a comparison between that compound and PFOA, one of the best-studied and most controversial of the class. That change resulted in a dramatic underestimation of the new compound’s risks.

Khanna’s office did not immediately respond to requests for comment. Lori Hoffman, a spokesperson for OIG, confirmed that the complaint had been received and is being reviewed by the watchdog.

Kyla Bennett, New England PEER’s director and PEER’s director of science policy, told E&E News that she found the information from the scientists disturbing and "the most horrifying case" she had seen in two decades working with the organization.

"These people are the last line of defense between chemicals going out into commerce and the American public," Bennett said. "And if they’re not allowed to use the best available science to address these chemicals, we’re in big trouble."

Controversy dogged EPA’s chemicals office during the Trump administration, with many staffers saying findings were tampered with and that science took a back seat to industry interests. Such allegations led President Biden’s EPA to claw back an assessment for the chemical PFBS, a member of the PFAS family, and rerelease findings with stricter conclusions around toxicity. OIG is now looking into the agency’s decisionmaking around the chemical (Greenwire, June 16).

But in its complaint to Khanna, PEER said issues went beyond the Trump administration.

"Our clients attest that the problems in OCSPP are not due solely to the Trump Administration and its appointees," Whitehouse wrote. "The issues faced by our clients occurred prior to Trump taking office, throughout the Trump years, and continue under the current administration."

A spokesperson for EPA said the agency is reviewing the complaints and will take appropriate action. They added that EPA is "currently reviewing agency policies, processes, and practices to ensure that the best available science and data" underpin decisions made by the agency.

"Additionally, retaliation against EPA employees for reporting violations alleged to have occurred will not be tolerated in this administration," the spokesperson said.