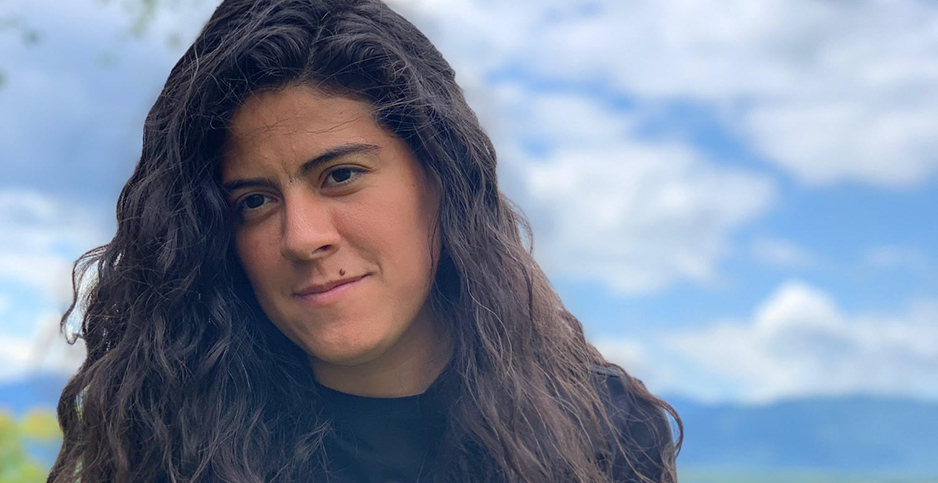 Maria Lopez-Nuñez, a member of the White House Environmental Justice Advisory Council, has fought against incinerator energy and for the retirement of coal and gas plants in New Jersey. Ironbound Community Corporation

Included in President Biden’s $2.2 trillion infrastructure package is a call to establish an energy efficiency and clean electricity standard. But the administration hasn’t revealed much about what the standard might look like.

For one member of the White House Environmental Justice Advisory Council, the importance of those details — including what fuel sources should count as renewable — hits close to home.

While Maria Lopez-Nuñez is just one of 18 members of the advisory body, which helps shape the decisions of the Council on Environmental Quality and others in the administration, her background highlights an issue that could play out repeatedly among environmental justice advocates as Biden looks to decarbonize the power sector by 2035: What constitutes clean energy, and how quickly should fossil fuel plants shut down?

Living in the racially diverse, working-class Ironbound neighborhood of Newark, N.J., Lopez-Nuñez said, she is surrounded by unpleasant odors, smokestacks and numerous industrial facilities, including an incinerator that burns trash for energy.

As a community activist, she learned that the waste incinerator and others like it in New Jersey were designated as so-called class II renewable energy sources, eligible for state subsidies. Twenty-three other states have similar carve-outs in their renewable portfolio standards that include such facilities, according to the Energy Recovery Council, a waste-to-energy industry group. White House officials haven’t addressed whether waste-to-energy plants would be included in a clean electricity standard.

Incinerator advocates say waste-to-power plants are safe and reduce greenhouse gas emissions by diverting trash from methane-emitting landfills. But Lopez-Nuñez said the one in her community has released toxic air pollutants and shouldn’t be considered renewable energy.

To her, the issue underscores the need for the Biden administration to consider vulnerable and overburdened communities as it develops energy policies — and to be thoughtful about what it includes in its clean electricity standard. She said she hopes to deliver that message to CEQ and others in the White House via the Environmental Justice Advisory Council.

"We have to be clear about our definition so that it’s energy that’s regenerative and doesn’t continue the harm that’s been happening in EJ communities," Lopez-Nuñez told E&E News.

Not only will Lopez-Nuñez be a voice at the White House for stopping the build-out of new fossil fuel plants, but she will also push for a clean electricity standard strong enough to shutter polluting facilities in overburdened communities like Newark, said Pringle, who now works as an independent consultant on green energy and political issues.

Lopez-Nuñez also expressed apprehension about carbon capture and storage being part of a clean electricity standard, which the administration has said could be part of the final proposal (Energywire, April 2). However, some analyses have found that carbon capture could be an integral part of achieving net-zero greenhouse gas emissions at the lowest cost, and CCS has bipartisan support.

"She’s going to push really hard, and rightfully so, for mandatory reductions of not just CO2 but of the co-pollutants," Pringle said, referring to emissions released as biproducts of fossil fuel combustion. "There’s going to be a real push to make sure that overburdened communities not only don’t get left behind, but that we get reductions faster."

Lopez-Nuñez will also look to sway White House officials on equity in clean transportation policies, an issue she has fought to advance in New Jersey, according to those who know her.

Both programs set caps on carbon emissions from the transportation and power sectors, respectively, which would be reduced each year to drive emissions reductions. An economic analysis of TCI conducted by participating jurisdictions in 2019 found that in addition to CO2 cuts, the program could result in $10 billion in public health benefits each year, including fewer premature deaths (Climatewire, Dec. 18, 2019).

But EJ advocates — Lopez-Nuñez among them — have said the programs don’t benefit communities of color facing local pollution, and helped convince New Jersey leaders to back out of TCI. While systems like TCI could incentivize the adoption of electric vehicles, they might not help communities like Newark, where many people don’t own cars and couldn’t afford a new EV, said Ana Baptista, an assistant professor of professional practice at the New School and former environmental justice and planning director at the Ironbound Community Corp.

Nationally, the Biden administration’s strategy should include mandatory emissions reductions from the transportation sector and funding for zero-carbon public transportation, Baptista said.

"Maria has been really clear about that in her position," Baptista said. "If you focus most of the investments and policies around electrifying passenger vehicles, you ignore communities that are most vulnerable, the most impacted and contribute the least to the problem."

Another concern for EJ activists is that the electrification of the transportation sector through EVs could increase demand for electricity from coal- and gas-fired power plants. That could worsen local air pollution in communities like Ironbound, which has two natural gas plants in its 4-square-mile radius, or potentially slow the closure of those types of facilities, Lopez-Nuñez said.

"Electric vehicles are just a half-step, because where is the electricity coming from?" Lopez-Nuñez said.

While those who have worked with Lopez-Nuñez highlighted her work on clean energy, they also said her commitment to grassroots organizing — rather than top-down approaches to policy — will be a crucial asset for the Biden administration as it seeks to develop inclusive clean energy policies.

"I think the most important thing they can do is really have those folks at the table, listen to them and take the lead from folks who’ve been talking about this for ages," said Melissa Miles, executive director of the New Jersey Environmental Justice Alliance. "Maria [Lopez-Nuñez] is kind of as close to the ground as you get for someone in her position."

Correction: A previous version of this story incorrectly said Lopez-Nuñez grew up in the Ironbound neighborhood of New Jersey. She grew up in Brooklyn, N.Y.