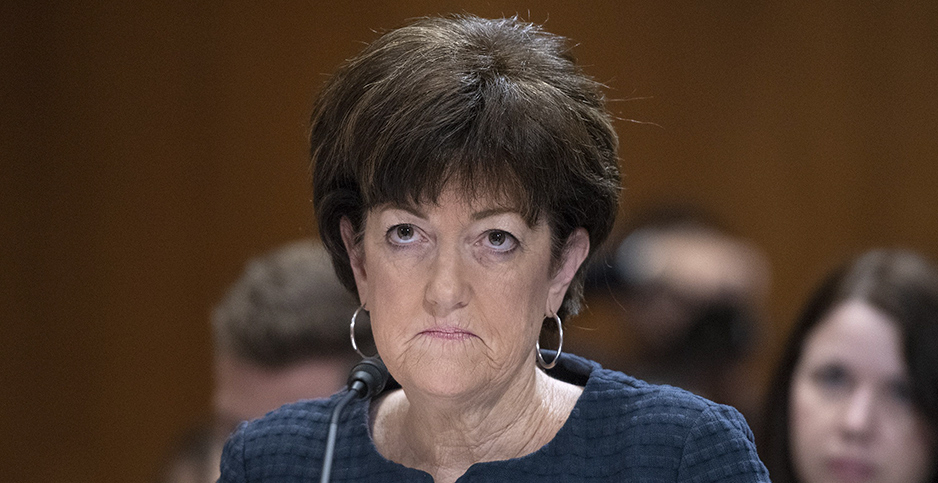 New White House rules on how federal regulators should consider greenhouse gas emissions could leave the government at risk of unfavorable courtroom rulings.

While the CEQ guidance itself is not legally binding, agencies that hew to the recommendations could find themselves in legal trouble, said Eric Glitzenstein, litigation director at the Center for Biological Diversity.

"Agencies would in various ways be facing a pretty serious legal risk if they were to scrupulously follow everything in this guidance," he said. "That’s where litigation would come to the fore."

The guidance instructs federal agencies on how to consider both indirect and direct emissions under NEPA and has broad implications for how the federal government handles climate analyses supporting energy development on public lands, pipeline construction and other infrastructure efforts.

Courts have recently struck down climate elements of NEPA reviews for big energy projects like the Keystone XL pipeline and oil and gas leases in Western states.

As long as agencies are consistent, the CEQ guidance gives the government a platform on which to walk back its consideration of greenhouse gas emissions from federal projects, said Jeff Wood, a Baker Botts LLP attorney who defended Trump administration policies as the former acting head of the Justice Department’s environmental practice.

"I expect courts generally to be deferential to those levels of review," he said. "If agencies are inconsistent or fail to adequately explain why they took one approach over another, then they may encounter difficulties."

Other experts say the guidance is far too thin to have a substantial reach in courts.

CEQ’s proposal would tell agencies they need not quantify direct and reasonably foreseeable indirect greenhouse gas emissions unless they are sufficiently "substantial" and unless there are available tools to do so, Glitzenstein said.

The guidance would also nix analyses of cumulative effect because of their "inherently" global nature. Instead, CEQ instructs agencies to place projects in a local, regional, national or industrywide context.

Gone are agency instructions to consider alternative actions that could mitigate climate impacts.

"Courts will defer to expert agencies’ views of the scope of their obligations under the law, but the agencies have to demonstrate that they are in fact experts that are worthy of deference, and this guidance doesn’t cut it," Hayes said.

"There’s no evidence in this guidance that CEQ is bringing a specialized analysis into the equation here that deserves judicial deference."

In 2007, the 9th U.S. Circuit Court of Appeals ruled in favor of the Center for Biological Diversity in its suit against the National Highway Traffic Safety Administration over national gas mileage standards for trucks and SUVs.

The court called NHTSA’s reasoning not to include analysis on the benefits of carbon reduction "arbitrary and capricious."

It said NHTSA "cannot put a thumb on the scale by undervaluing the benefits and overvaluing the costs of more stringent standards" and tossed the corporate average fuel economy standards back to the agency to include values for the reduction of carbon emissions.

Proponents of CEQ climate guidance used that case and others to demonstrate the legal justification for greater consideration of climate in new NEPA rules. Obama’s CEQ unveiled its instructions in 2016 after years of consideration.

Even as the prior administration changed its tack, courts still struck down Obama-era NEPA reviews for insufficient climate impact analysis.

Some legal experts balked at the idea that the pared-down Trump guidance would quell judicial disapproval.

Jessica Wentz, senior fellow and associate research scholar at Columbia University’s Sabin Center for Climate Change Law, said she doesn’t think the guidance will change much because case law is "pretty clear" about the need for greenhouse gas emissions analysis.

"The reality is that when courts are reviewing agency obligations, they’re really looking primarily at the statute and the regulations," Wentz said.

"This guidance can’t override what’s already happened in the court."

Over the past year and a half, judges have instructed the Bureau of Land Management to try again on Obama-era climate analyses for oil, gas and coal leasing in Montana, New Mexico, Wyoming and Colorado.

The decisions indicate courts are looking for more — not less — climate review for major federal decisions, said Erik Schlenker-Goodrich, executive director of the Western Environmental Law Center, a plaintiff in the Colorado case.

Other experts maintain the Trump administration’s approach will have the opposite effect. Rebecca Watson, a high-level Interior official during the George W. Bush administration, said the CEQ guidance could beef up legal support for slimmed-down climate reviews from BLM and other agencies.

"Courts have historically given CEQ deference as the expert agency on NEPA," said Watson, now at the law firm Welborn Sullivan Meck & Tooley. "It would be difficult for courts to say an agency decision was arbitrary and capricious if it was acting in accordance to the CEQ guidance."

One change Watson said she would like to see in the final guidance document is more clarity on what constitutes a "substantial" amount of greenhouse gas emissions worthy of quantification in a NEPA review.

"That would leave room for opponents in court to come up with their own definitions," she said.

If adopted, the guidance would reflect efforts by federal pipeline regulators to keep their climate reviews narrow.

"The reference to ‘overly speculative’ immediately reminds us of language used by the Federal Energy Regulatory Commission (FERC) in NEPA documents issued since 2017, where it has found that the interconnected nature of the nation’s natural gas network renders upstream GHG emissions impacts ‘speculative’ and therefore of limited utility for the purposes of NEPA," ClearView Energy Partners LLC wrote in a recent note to clients.

Challenges to FERC’s approach in the U.S. Court of Appeals for the District of Columbia Circuit have so far failed on procedural grounds, but some judges have signaled skepticism of FERC’s approach (Energywire, June 5).

"Even prior to finalization, we think that the Draft Guidance could bolster the FERC’s narrower view on its GHG reviews under NEPA as it faces judicial review of project permits," ClearView wrote.

Landowner and environmental plaintiffs in the cases are in the process of asking the D.C. Circuit to reconsider their arguments, and similar cases are pending.