White House cracks down on agency use of science 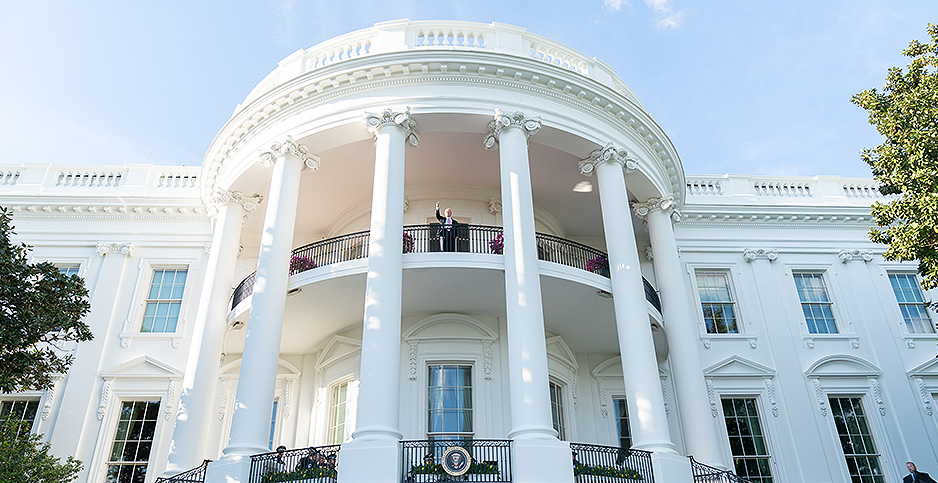 President Trump waving from the balcony of the White House earlier this week. Shealah Craighead/White House/Flickr

The White House Office of Management and Budget released new guidance yesterday for federal agencies on the quality of information they use in rulemaking.

Critics warn the changes could give industry groups more opportunities to delay the implementation of new mandates and could threaten the use of certain public health data.

In the memo, acting Director Russell Vought offered updated standards for how agencies should comply with the Information Quality Act.

Vought noted the updated guidance was necessary to "address changes in the information landscape and to incorporate best practices developed over time."

OMB is also asking agencies to provide the public more data so outside groups can reproduce the findings underlying rulemaking.

Notably, this includes making the computer code used in data analysis public, "if consistent with applicable law and policy."

OMB suggested that at minimum agencies should be sharing "specific methods, design parameters, equations or algorithms, parameters, and assumptions used."

The memo also changes how agencies should handle requests for correction, where members of the public can flag information that "does not comply with agency guidelines."

Regulators should not "opine" on agency policy decisions in their responses, says the memo, and answer technical questions about data quality within 120 days.

Then they must share their responses with OMB for review. Individuals requesting changes will have an opportunity to appeal.

Agencies have 90 days to come up with their own specific guidelines for how they will ensure information quality based on the parameters is laid out in the memo.

Congressional Republicans have long sought such reforms. During the Obama administration, they and industry allies frequently questioned agency science and whether it justified tougher mandates.

Andrew Rosenberg, director of the Center for Science and Democracy at the Union of Concerned Scientists, said OMB’s action is similar to EPA’s "Strengthening Transparency in Regulatory Science" rule.

It would have only allowed EPA to use data that was reproducible and would have required the agency make the data used in rulemaking publicly available.

Critics said the proposal would preclude EPA from using key public health data because of privacy concerns or because the research was based on a specific event, like the aftereffects of a chemical spill, that cannot be ethically reproduced.

"They ignore the cost of doing this. The Government Accountability Office estimated to implement EPA’s transparency rule would cost hundreds of millions of dollars," Rosenberg said.

He wondered who would be responsible for making sure the agencies would make the data public, where the data could be accessed and suggested the whole process would carry a hefty price tag.

"There is no indication from OMB how any of this will be done," said Rosenberg.

He called the guidance favorable to companies seeking to block public health and safety policies, suggesting industry groups could hire consultants to repeatedly ask for corrections.

He noted that if the administration was serious about improving the quality of data in rulemaking, it could have acted differently concerning EPA and the National Highway Transportation Safety Administration’s clean car rules.

Narang said the agencies had not responded to California Air Resources Board’s Freedom of Information Act request from last fall for the data and inputs underlying their modeling. California’s attorney general is now suing for a response.

Narang also challenged the quality of the data justifying any reconsideration of the use of co-benefits in EPA rulemaking.

Rosenberg also critiqued OMB for not consulting with science groups before releasing such "cross-cutting" guidance.

"This memo would be durable until superseded," he said. "If it becomes standard practice, it will carry well beyond this administration. I think it’s a real risk. It would take a long time to get this rolled back."

Conservatives say concerns about the release of confidential or public health data are overblown.

The memo "only wants to increase the amount of independent validation, it doesn’t make reproducebility a litmus test and it doesn’t say you can’t use [studies] that can’t be reproduced," he said.

CEI attorney Devin Watkins added: “The new OMB guidance document is a good first step to improving the problems in the Data Quality Act. It put a 120 day time limit on the agency response to a request for correction and made explicit that using third-party data involved data quality issues. And, perhaps most importantly, it involved OMB in directly overseeing compliance with the Data Quality Act."

Watkins added: "However, there is still no direct appeal mechanism outside the agency to ensure compliance with the DQA. Until that happens, those agencies that do not care about DQA compliance may continue to ignore the law.”