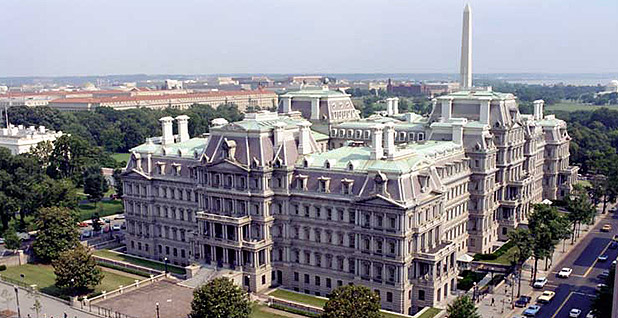 The White House refused to meet with two groups of air pollution regulators regarding its rollback of clean car standards, despite holding several meetings with industry advocates.

Late last night, the White House Office of Management and Budget denied requests for meetings on the clean cars rollback from the California Air Resources Board and the National Association of Clean Air Agencies.

The rejection came after OMB had already met with seven other groups, including industry heavyweights such as the American Chemistry Council, the U.S. Chamber of Commerce and Chemours Co., according to Reginfo.gov.

Miles Keogh, executive director of NACAA, first informed E&E News of the rejection. He called the move puzzling in an interview this morning.

"The fact that they took meetings from groups like Chemours, but not from the people who actually administer the Clean Air Act, is a puzzlement," he said. "There’s no rhyme or reason to who they selected."

Keogh said NACAA submitted its request to meet with OMB a couple of days after the rollback went under review.

"Since we were pretty quick at making that request, it doesn’t seem to have been a first-come, first-served decision," he said.

"They did meet with South Coast, which is great," Keogh said. "But that being the only state or local agency that they met with is a real head-scratcher."

Stanley Young, a spokesman for the California Air Resources Board, also confirmed to E&E News that the board’s meeting request was denied.

"We sent an email for a formal request for a meeting with OMB on Aug. 27 and followed up on Sept. 13," Young said in a phone interview this morning. "We never got a formal schedule or formal notification that we had a meeting at all. … Then yesterday, we got notification that the meeting, which we knew nothing about, was canceled."

OMB didn’t immediately respond to requests for comment this morning.

A spokeswoman for the American Chemistry Council previously told E&E News that the group’s Sept. 11 meeting with OMB centered on "problematic language" in the rollback regarding vehicle weight.

"Our discussion with OMB and EPA this afternoon will focus on problematic language in the rule concerning vehicle lightweighting and safety," spokeswoman Jennifer Killinger said in an email at the time.

The Trump administration has argued that automakers often achieve increases in fuel economy by making their vehicles lighter, which it says makes them less safe. It has used this argument to justify its assertion that the rollback will increase safety on the nation’s roads.

But ACC testified about the perceived flaws in this argument at a House Energy and Commerce subcommittee hearing in January.

"Agency arguments that smaller, lighter cars have had the highest fatal-crash rates are based on outdated technologies and practices, and fail to account for technologies which, in combination with mass reduction, maintain and improve safety," the group said.

Backing away from a freeze?

The main portion of the rollback involves dialing back vehicle greenhouse gas and fuel economy standards for cars and light trucks.

Sources had previously suggested that the Trump administration would propose freezing fuel economy standards at 2020 levels through 2026.

But Axios reported this morning that the administration could end up proposing modest fuel economy gains, citing people familiar with the matter.

Gloria Bergquist, a spokeswoman for the Alliance of Automobile Manufacturers, said the administration has always appeared open to a variety of possibilities for revising the Obama-era standards.

"When the Administration proposed its rule last year, they presented 8 options, everything from flat to the Obama standards," Bergquist said in an email. "Many groups just assumed the standards would be a freeze, or flat since that was the Administration’s preferred option as public comment was solicited."

She added, "The Administration seems to be following the process from the past 30 years, gathering all kinds of data on gas prices, affordability, consumer buying trends and more, and then crunching it to set the maximum feasible standards under statutory obligations set by Congress. Only the Administration crunching that data knows what the final [corporate average fuel economy]/GHG standards will be, and we are all eager to find out."

EPA didn’t immediately respond to a request for comment.