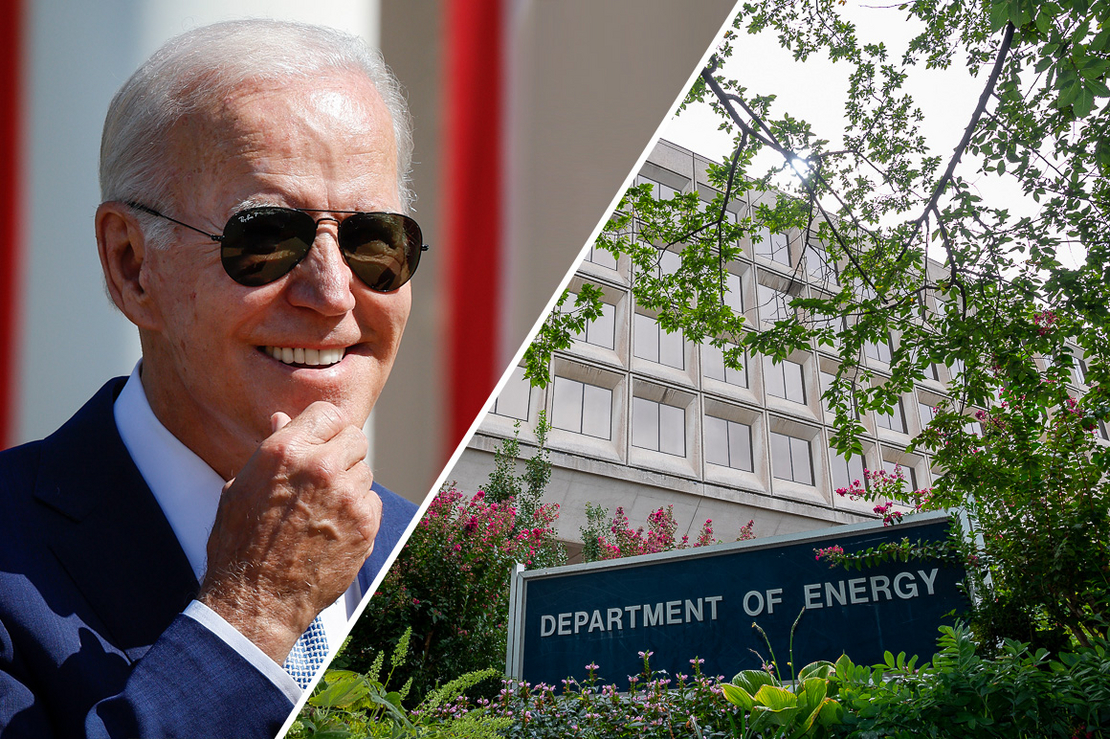 Five of eight Department of Energy appliance standards this year have exceeded the established 90-day review period at the Office of Information and Regulatory Affairs (OIRA), records show.

Currently four Energy Department efficiency standards are under review, including one on clothes dryers that has been stuck for five months. A pool heater standard advanced in March after six months.

“If the reviews continue to take more than 90 days, they are going to get backed up, and they are going to have a hard time meeting the president’s climate agenda,” said Andrew deLaski, executive director of the Appliance Standards Awareness Project.

The delays come as the Biden White House has yet to nominate someone to lead OIRA, which is housed within the Office of Management and Budget. OIRA scrutinizes and ultimately gives its stamp of approval to hundreds of “economically significant” regulations drafted by federal agencies every year.

Biden has held off nominating an OIRA head longer than former President Donald Trump, who waited until May 2017 — five months after his inauguration. Trump was the slowest president at the time.

Biden announced immediately after taking office plans to “modernize” the regulatory review regime, which was created through a 1981 executive order by then-President Ronald Reagan (Greenwire, Jan. 21, 2021). A Clinton order sharpened the review process and inserted the 90-day review deadline.

Progressives have long considered the reviews a way to block national priorities on public health and the environment.

“OIRA has become a Frankenstein monster of its own making,” said Bill Snape, senior counsel at the Center for Biological Diversity. “A Republican anti-environmental administration created it, and we are all still stuck with it.”

In its order more than 40 years ago, the Reagan White House said it would “reduce the burdens of existing and future regulations” and “minimize duplication and conflict of regulations.”

The White House did not respond to request for comment. A DOE spokesperson said, “DOE has already made progress on updating a number of efficiency standards and will work as quickly as possible to continue finalizing new rules as they clear the regulatory process.”

Some observers suspect top Biden aides have been focused on getting a pared-down Biden legislative climate agenda across the congressional finish line.

Or perhaps — more cynically — the Biden administration has been avoiding any major climate-related rules to avoid upsetting Sen. Joe Manchin (D-W.Va.), said James Goodwin, a regulatory analyst at the Center for Progressive Reform. It’s unclear, however, how much Manchin cares about appliance efficiency, he said.

The DOE efficiency rule delays could be a lingering effect of a temporary injunction against a social cost of carbon analysis, said Goodwin.

A federal appeals court in March reversed a lower court’s decision to prevent the administration from using its updated metric to calculate the harm caused by greenhouse gas emissions. The social cost of carbon analysis would be used to justify rules and something OIRA would analyze.

Another possibility, Goodwin thought, is a governmentwide review of pending rules to account for the colossal West Virginia vs. EPA Supreme Court ruling, which restricted exactly how EPA could regulate fossil fuel power plants. Perhaps that has taken up the office’s already limited bandwidth.

The efficiency rule delays could stem from a combination of factors, said Cary Coglianese, a University of Pennsylvania law professor whose name was once floated as a possible Biden OIRA pick.

To be sure, he said, it’s not unheard of for OIRA reviews to take longer than 90 days. In fact, he said research has shown one out of every five rules misses the mark.

‘A long and cumbersome process’

Jonathan Adler, a Case Western Reserve University School of Law professor, argued federal agencies are taking on more than they can handle. In a recent blog for the Niskanen Center, a conservative climate action group, Alder explored the constraints of climate regulations.

“Even in the best of times,” he wrote, “the control of GHG emissions through federal regulation would be a long and cumbersome process, requiring dozens of complex rulemakings. Yet these are not the best of times.”

Specifically, he said federal agencies, namely EPA, are depleted of personnel. Meanwhile, ideologically opposed groups are ready to hurl legal challenges on every climate policy. And those lawsuits, he pointed out, might endure a “potentially hostile judiciary” which will “further complicate efforts to make federal regulation a central component of carbon control.”

Progressive advocates contend stringent pollution rules are necessary to fight climate change. They say they hope the Biden administration will not make the same mistakes they lamented during the Obama years.

“These lengthy reviews are concerning given the emphasis on increasing the efficiency of OIRA review in the modernizing regulatory review memo,” added Amit Narang, a policy advocate at Public Citizen. “But certainly not indicative of any systemic delays at OIRA currently like we’ve seen in the past.”

Around 2011, progressives accused OIRA administrator Cass Sunstein — now doubling as a Harvard professor and “special government employee” at the Department of Homeland Security — of deliberately obstructing reviews out of political fear ahead of the 2012 reelection campaign. Sunstein denied it denied it (Greenwire, Nov. 17, 2011).