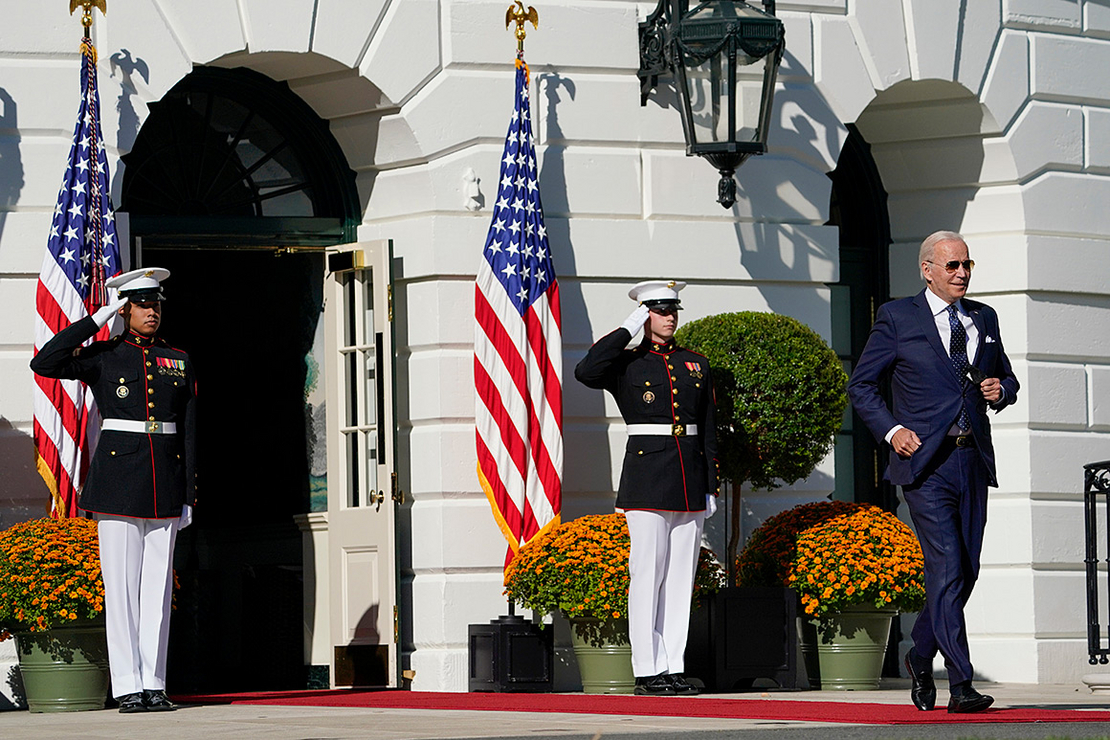 The Biden administration ramped up its charm offensive today ahead of next month’s high-stakes global climate talks with the debut of a website touting the administration’s first-year climate achievements and an EPA strategic plan for managing climate change and environmental justice.

“On Day One, President Biden rejoined the Paris Agreement, restored U.S. leadership on the world stage, and reestablished our position to tackle the climate crisis at home and abroad,” proclaims the site, which went live this morning.

Some highlights include the Interior Department’s offshore wind strategy, the Agriculture Department’s investments in weatherproofing the rural electric grid, and EPA’s upcoming proposals to curb oil and gas methane emissions.

The list of dozens of government actions also included plans to climate-proof the operations of 20 federal agencies, and the “Build Back Better World” initiative President Biden took to the June Group of Seven Leaders’ Summit in the United Kingdom to promote a green recovery from the COVID-19 pandemic.

Alden Meyer, an independent consultant, said the White House held a call with international climate advocates today to share the website and other planned actions for before next month’s U.N. climate talks in Glasgow, Scotland, known as COP 26.

Those include the submission to the United Nations of a biennial report detailing how the United States plans to reach its Paris Agreement target, greenhouse gas inventories and a long-term plan for decarbonizing the U.S. economy by 2050.

The biennial report and inventories were not submitted under former President Trump, and are overdue. The long-term strategy for 2050 decarbonization will show more ambition than a similar strategy submitted to the United Nations in the waning days of the Obama administration, which set a goal of cutting U.S. emissions by 80 percent by 2050.

Meyer said the White House will likely also release a statement on what it believes the United States can do through infrastructure and social spending legislation currently before Congress.

“I would suspect that they would put out some updated materials on the state of play on the Hill,” he said. “They’re obviously working that very hard, and they know there’s a lot of interest.”

EPA chief Michael Regan said his agency is at the crux of the White House push. His agency released a draft strategic plan on climate change and environmental justice that will act as a blueprint for the next four years.

EPA’s plan, meanwhile, adds “equity” and “justice” to its three founding principles of following the science, following the law and being transparent.

The plan identifies three concrete objectives for the next year: phasing down hydrofluorocarbons (a goal directed by Congress); cleaning up contaminated sites and investing in water infrastructure; and reducing exposure to lead in marginalized communities. The final plan is expected to be released in February alongside the president’s budget proposal.

The EPA plan comes as some activists have grown impatient with the White House’s environmental justice progress.

“It still remains to be seen,” Jelks said. “They are saying the right stuff, but how they are able to implement things.”