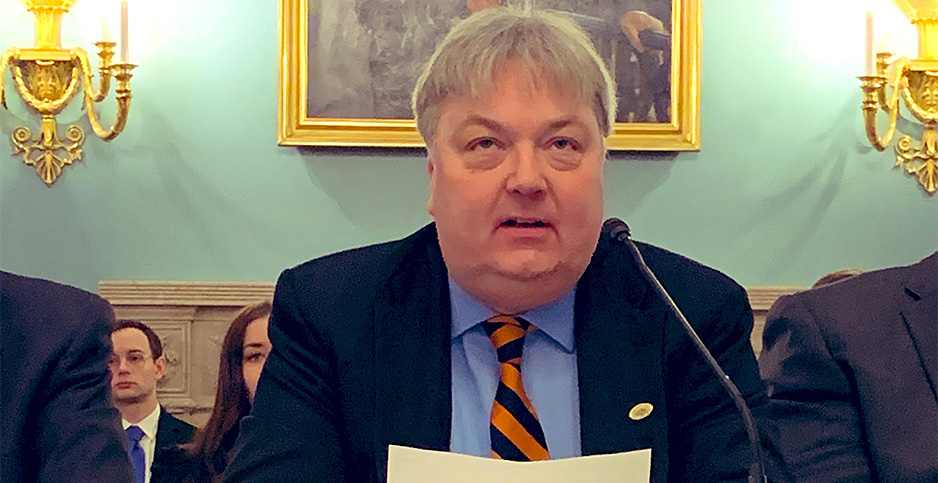 Political appointee David Legates was relieved of his duties at the White House Office of Science and Technology Policy for developing policy papers that questioned climate science. @westerncaucus/Twitter

The White House Office of Science and Technology Policy has relieved climate denialist David Legates of his duties after he attempted to publish inaccurate scientific claims.

"Dr. Droegemeier was outraged to learn of the materials that were not shared with or approved by OSTP leadership. He first became aware of the documents when contacted by the press," spokeswoman Kristina Baum said in a statement. "As a result, Dr. Droegemeier took swift action and the individuals responsible have been relieved of their duties at OSTP."

The effort includes a series of climate briefs authored by a number of researchers with legitimate scientific credentials who have downplayed humanity’s role in climate change, even as their work has been disproved by thousands of studies.

Legates was attempting to publish his partisan version of climate research on the White House website in order to establish an official government record that could be used in future attempts to attack climate regulations (Climatewire, Jan. 12).

The papers used the White House executive seal as well as the seal from the OSTP, even though neither was approved.

Legates and Maue were appointed by the Trump administration to senior roles at NOAA. Maue is a meteorologist and longtime climate science critic formerly employed by the conservative Cato Institute.

A NOAA spokesman declined to discuss specifics but said, "Actions will be reviewed under the NOAA Scientific Integrity Policy, but we don’t discuss personnel matters."

The firing likely means Legates would also be removed from his role heading the U.S. Global Change Research Program, which is under the purview of the OSTP. Legates was recruited by the White House personnel office in September to infuse the federal government’s climate research with climate denialism and to remake the National Climate Assessment.