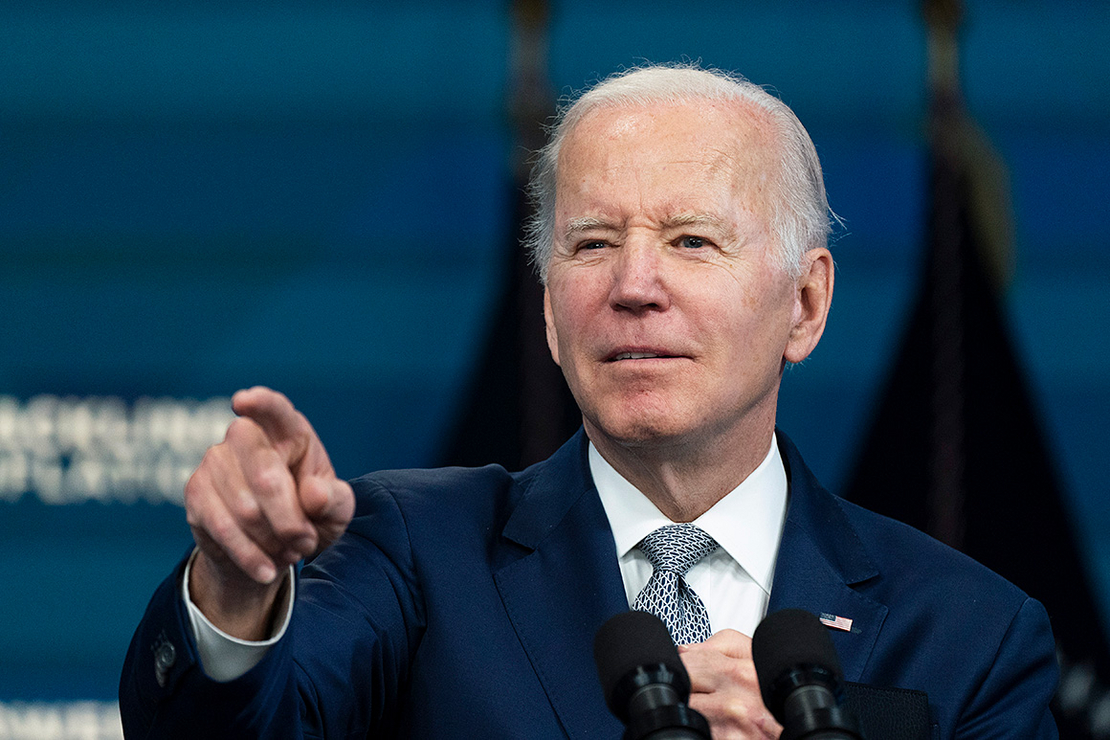 The White House this morning announced an “action plan” to speed up energy and other infrastructure construction at a time when renewable developers say uncertainties remain a key barrier to growth.

Still, questions remain about the action plan and what may be different from other efforts.

“We are going to get more projects built on time and in the right way from the start,” said Brenda Mallory, the chair of the White House Council on Environmental Quality.

Officials sought in a press briefing yesterday to promote the transition to a clean energy future as well as extensive environmental scrutiny and community input — which they stressed are not mutually exclusive.

“We can and we will do both,” Jason Miller, deputy director for management at the Office of Management and Budget, told reporters.

The action plan — which does not carry the weight of an executive order — directs already allocated resources to beef up the small White House interagency permitting council, promotes “both ambitious and realistic” timelines for environmental reviews, reduces document duplication at federal agencies, and works to reform outdated permitting laws such as the General Mining Law of 1872.

The plan also creates sector-specific teams, such as for offshore wind, transportation, broadband and renewable energy. The teams, within 60 days, will provide to the White House permitting council a charter describing their structure, mission and objectives, according to a fact sheet from the White House. And within 90 days, the agencies will be expected to report on their approaches.

A few observers found the overall plan somewhat vague, and one reporter on the press call asked exactly what in it is new.

Miller said the plan outlines “clear expectations” for the many federal agencies that conduct environmental reviews, which he called important for external and internal communication.

He added that part of the Biden administration’s work is to ensure that agencies have enough staff members to work and said this “establishes clear guardrails for how we are going to move forward.”

Complaining about “red tape” has long been a common GOP line, but more recently, some Democrats have invoked the phrase.

Brett Hartl, government affairs director at the progressive Center for Biological Diversity, dismissed via email such “Republican talking points,” which he claimed were intended to appease the fossil fuel industry.

“It’s infuriating to see the Biden administration whittle away one of our most important environmental laws,” Hartl said, referring to the National Environmental Policy Act, which requires environmental scrutiny for significant infrastructure projects. “The best way to ramp up clean energy is to give federal agencies the staff and resources to do their jobs,” he said.

Separately, the Council on Environmental Quality is in the process of revamping NEPA rules, which the Trump administration spent three years overhauling. The Biden CEQ has put a greater emphasis on climate considerations in environmental review.

In a statement, Alex Herrgott, who led the Trump permitting council, applauded the plan for prioritizing “attention to simplify an overly complicated permitting process that has for too long existed in a black box, as hyperbole on the political flanks makes compromise nearly impossible.”

The action plan will perhaps raise the profile of the Federal Permitting Improvement Steering Council, formerly known by its acronym, pronounced FIP-see. It is a tiny agency that was originally created from the 2015 highway bill but did not get up and running until well into the Trump administration. Its purpose is to facilitate faster decisions for covered project proposals, even if that decision is a denial.

Environmentalists have scoffed at the notion of quick approvals for major projects like pipelines as well as renewables or hydrogen. But in recent months, bipartisan support for the agency has grown, and tucked into the infrastructure law was a provision to extend the life of the agency indefinitely.

To be sure, the council has been more heavily focused on renewables in the Biden administration, and the president tapped Christine Harada — a former Obama White House sustainability officer — to be its executive director.

In a recent interview, she pointed to collaborative efforts with the Bureau of Ocean and Energy Management to make progress, including in the South Fork wind energy project off the coast of New York.

Harada acknowledged the criticism from environmentalists but said she thought it was subsiding.

“There’s a significant signaling to all the federal agencies that this permanent council model is certainly here to stay,” she said. “I think there may have been some resistance to participating in the [permitting council] process previously; that’s definitely going on a significant decline.”