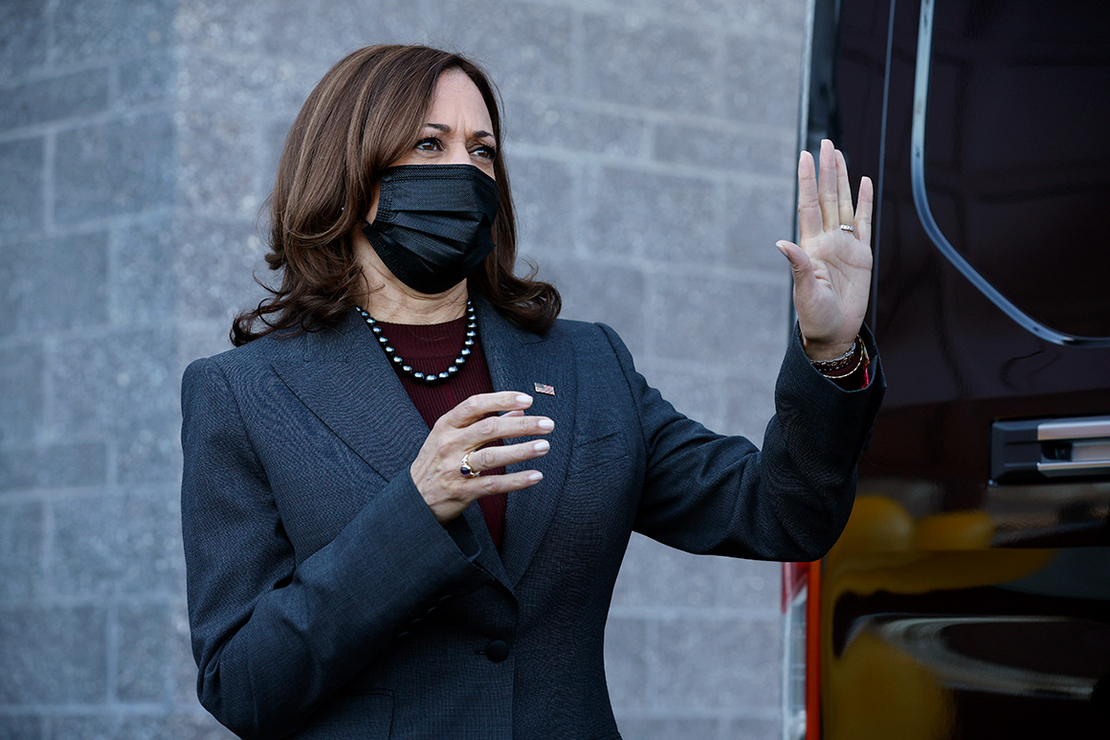 The White House is planning to unveil a multipronged plan today to eradicate lead from paint and drinking water in vulnerable communities within the next decade, a cornerstone of the president’s infrastructure package.

But while the strategy is already drawing some Democratic praise, others are questioning whether the plan has teeth given it includes no mandate yet for removing all lead service lines across the nation. It may also force states to shoulder substantial financial burden to get the job done.

On tap are more than a dozen actions the administration is taking to eradicate lead.

Vice President Kamala Harris is slated to unveil the plan alongside other administration officials. Among those are EPA Administrator Michael Regan, White House climate adviser Gina McCarthy, and a number of top health advocates and union heads. The event will take place at the AFL-CIO’s headquarters in Washington today.

The plan is aimed at ridding the nation of lead, a potent neurotoxin that enters drinking water through millions of lead pipelines snaking through the country. It can cause negative health effects, especially among children, including behavioral and learning difficulties, lower IQ, hyperactivity and slowed growth. EPA estimates there are between 6 million and 10 million lead services lines across the nation, but some groups say the number could be much higher.

Delaware Sen. Tom Carper, the Democratic chair of the Environment and Public Works Committee, in a statement welcomed the White House strategy, which includes elements of a sweeping water infrastructure bill he helped shepherd through Congress earlier this year.

“I often look to scripture as a moral guide, which calls on us to quench the thirst of those in need. Yet, for far too long, far too many Americans have not been able to trust the water that comes out of their faucets,” said Carper. “Fortunately, that’s going to soon change thanks to the administration’s swift implementation of the Bipartisan Infrastructure Law.”

Specifically, the plan calls for allowing the Trump-era EPA Lead and Copper Rule to take effect, senior administration officials told reporters on a call last night, even though Biden’s EPA delayed implementation of the regulation more than once to take additional public comment. The rule, finalized last year, came under fire from former Obama officials and environmental advocates who said it failed to accelerate the removal of lead service lines (Greenwire, Dec. 22, 2020).

The White House plan also calls for replacing that rule with a stricter regulation by 2024, releasing $15 billion that was included in the infrastructure package for lead service line removal and clarifying that states, local and tribal governments can use $350 billion from the American Rescue Plan to replace lead pipes, as well as faucets and fixtures in schools and day care facilities, senior administration officials said.

EPA, they said, will allow the Trump-era Lead and Copper Rule to take effect today because the language is more protective than what’s currently in place. The Trump-era rule, for example, requires water utilities to inventory and track lead water pipes by 2024, they said.

EPA will also announce plans to immediately develop a new proposed rule to deal with provisions the administration is concerned about in the rule, including what level of lead in drinking water triggers action and the lack of a provision in the regulation that requires all lead service lines to be replaced, said senior administration officials.

EPA expects to issue a final replacement rule under the Biden-Harris administration, they said.

When asked about the exact timing of when all lead service lines could be replaced, officials yesterday noted that any new regulation must undergo several layers of analyses under the Safe Drinking Water Act and the exact timing is unclear.

EPA said in a statement today clarified the agency wants to develop a new rule that would result in the replacement of all lead service lines "as quickly as feasible" and explore options to reduce the "complexity and confusion" of the current regulation.

“Over the past year, I have visited with and heard from communities in Chicago, Flint, Jackson, and many other areas that are impacted by lead in drinking water,” Regan said in a statement. “These conversations have underscored the need to proactively remove lead service lines, especially in low-income communities. The science on lead is settled — there is no safe level of exposure and it is time to remove this risk to support thriving people and vibrant communities.”

But advocates questioned the administration’s timeline given the plan’s dependence on a future rule mandating removal and called for other provisions to be strengthened.

“The top priority must be to require removal of all lead pipes within the decade and to set a strict at-the-tap standard, which is the only way to prevent another generation of kids from drinking water through what is essentially a lead straw,” said Erik Olson, senior strategic director of health at the Natural Resources Defense Council. “The EPA simply cannot allow the last administration’s Lead and Copper Rule to go into effect and must overhaul that rule immediately. It’s only because of the leadership of communities fighting to fix the disaster of lead-contaminated water in cities like Flint, Benton Harbor and Newark that we’ve gotten this far — now is the time to finally fix this crisis.”

Betsy Southerland, a former top EPA water staffer now with the Environmental Protection Network, said the plan is designed to influence states on where to allocate the funding they receive from various sources and that it includes technical assistance from multiple federal agencies to try to get states to focus on high-risk communities. But ultimately, she said, states will decide where they will allocate funding.

She expressed concern that EPA, while discouraging the partial replacement of lead service lines, didn’t vow to provide funding to homeowners who cannot afford to replace lines on their property, which is a big issue in disadvantaged communities. And while the White House plan appears to focus on ensuring utilities inventory their lead pipes, it fails to focus on enforcing the Trump-era rule, which she said is a long-standing issue.

“Tougher enforcement would be key to better health protection under the 2020 [Lead and Copper Rule],” she said, “but there is no mention of that anywhere in this plan.”