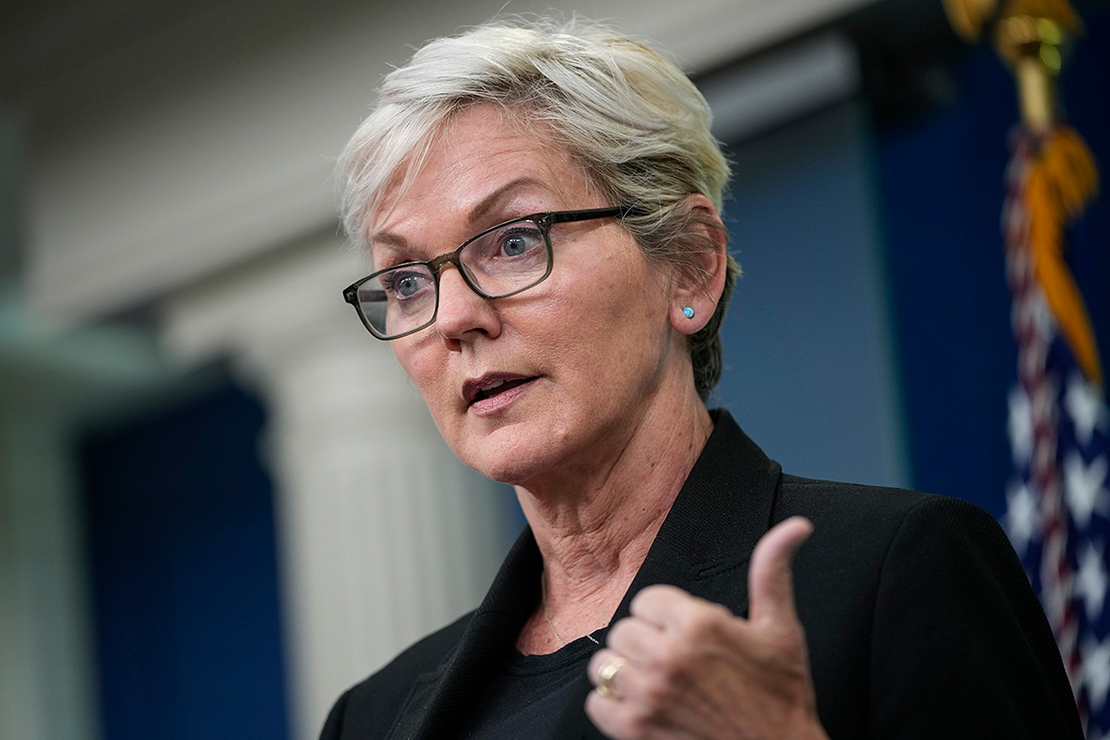 Oil and gas executives and Biden administration officials emerged from a White House meeting yesterday saying they had “productive” and “constructive” conversations about how to increase domestic energy production and bring down gasoline prices.

But neither side released details on how they would actually work together to achieve their goals amid rising tensions over high gasoline prices.

And hours after issuing positive statements, the strains between a climate-focused administration and profit-focused fossil fuel companies reemerged.

The Biden administration wants oil and gas companies to use all of the 9,000 leases it has approved for drilling on public lands and to increase their refinery output. The industry wants the administration to ease regulations and to approve more pipelines, refineries and other energy infrastructure.

The American Petroleum Institute and American Fuel & Petrochemical Manufacturers issued a statement after meeting with Energy Secretary Jennifer Granholm saying they had a “constructive discussion about ways to address rising energy costs and create more certainty for global energy markets.”

“Productive outcomes today should send a positive signal to the market that the U.S. is committed to long-term investment in a strong U.S. refining industry and aligning policies to reflect that commitment,” the statement read. “Our industry will continue to seek opportunities to work with policymakers to unlock American energy, fuel economic recovery, and strengthen our national security.”

But not long after that statement was issued, White House press secretary Karine Jean-Pierre questioned why oil company profits were so high when Americans were paying more for gasoline. She noted that crude oil prices fell 15 cents in the last week and that companies did not lower prices at the pump. She also pointed out that the companies earned $35 billion in profits in the first quarter.

“There are things that could be done that we are just not seeing happening, and this is why we are having the conversation,” she said.

Among the companies that attended the meeting were BP PLC, Chevron Corp., Exxon Mobil Corp., Marathon Petroleum Corp. and Phillips 66.

At the meeting, Granholm pressed the companies to do more to ensure they are passing savings along to their customers, the Department of Energy said in a statement. The meeting was part of an ongoing discussion between the department and the companies, DOE said.

“The meeting took a productive focus on dissecting the current global problems of supply and refining, generating an opportunity for industry to work with government to help deliver needed relief to American consumers,” DOE officials noted in a meeting summary. “The group discussed what the companies are doing to keep existing operations safely online; the technical, economic, and policy hurdles to increasing domestic refining capacity; and the need to reinvest into current and future technologies.”

API and other trade groups invited President Joe Biden to visit U.S. energy infrastructure before he leaves on a trip next month to Europe and the Middle East that will bring him to Saudi Arabia for energy-related conversations.

“American-made energy solutions are beneath our feet, and we urge you to reconsider the immense potential of U.S. oil and natural gas resources — that are the envy of the world — to benefit American families, the U.S. economy and our national security,” the groups said, reflecting criticism from Republican lawmakers who have blasted Biden for not doing enough to boost domestic energy production.

The oil executives met with administration officials at a time of heightened tension between the industry and a White House that is struggling to impose more stringent climate regulations.

Earlier this week, Chevron CEO Mike Wirth wrote a letter to Biden saying that he “has largely sought to criticize, and at times vilify, our industry.”

Biden responded a few hours later, telling reporters that “I didn’t know they’d get their feelings hurt that quickly.”

“Today’s meeting was a constructive conversation about addressing both near-term issues and the longer-term stability of energy markets,” Wirth said in a statement. “We remain optimistic about our ability to work together to achieve these shared objectives. We appreciate Secretary Granholm’s invitation to participate in the conversation, which was an important step toward achieving greater energy security, economic prosperity, and environmental protection.”

Despite weeks of comments blaming oil companies for profiting off high gas prices, Biden didn’t attend the meeting. He did, however, meet with governors from 11 coastal states on a new bipartisan collaboration for building out the nation’s offshore wind capacity in an effort to wean the U.S. off fossil fuels.

He said his administration would spend billions of dollars to allow the industry to more rapidly grow its capacity in the coming years.

“We’re not just talking a little bit of money, we’re talking billions of dollars, and I think we’re going to get a lot done,” he said. “And I can’t tell you the last time I’ve been this excited about something we’re about to do, because I think we can change — literally begin to change the nature of how we generate energy.”