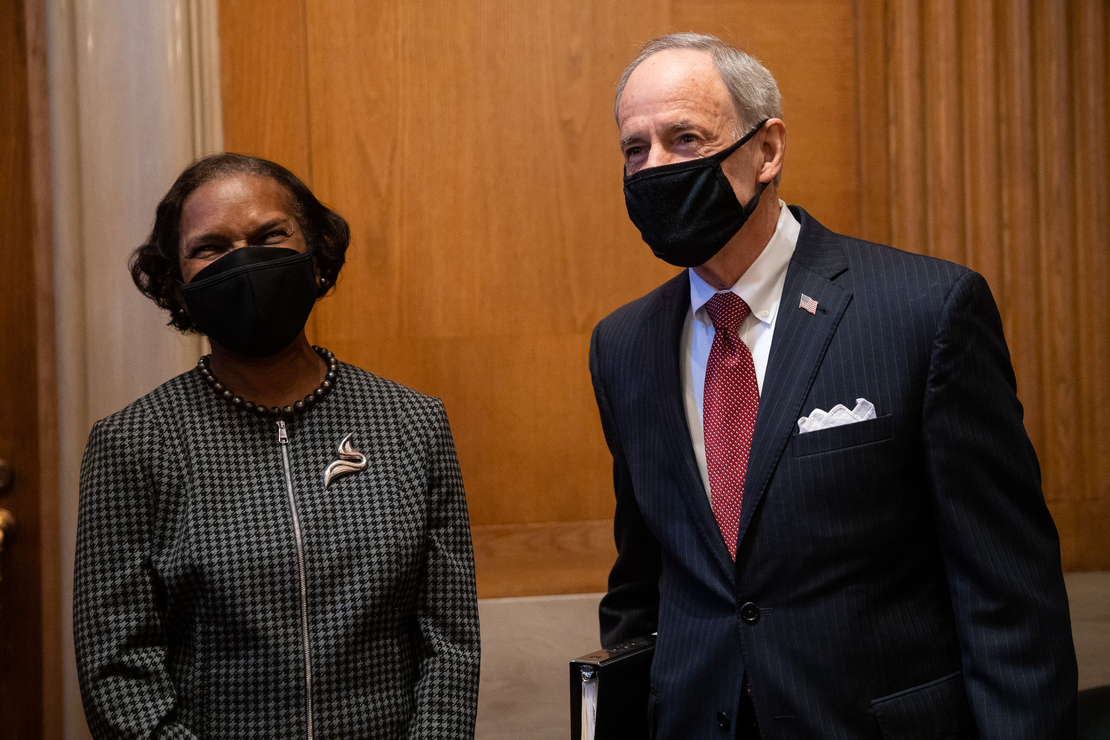 The White House Council on Environmental Quality has proposed reversing a number of Trump-era changes to the nation’s bedrock environmental permitting law.

The Biden administration announced today it would restore three provisions to National Environmental Policy Act rules to help members of the public learn more about infrastructure projects in their communities, including their impact on climate change.

Those provisions, changed last year by the prior administration to help quicken the pace of environmental reviews, were roundly criticized by Democrats and green groups for downplaying environmental concerns.

"The basic community safeguards we are proposing to restore would help ensure that American infrastructure gets built right the first time, and delivers real benefits — not harms — to people who live nearby," CEQ Chair Brenda Mallory said in a statement.

She added, "Patching these holes in the environmental review process will help reduce conflict and litigation and help clear up some of the uncertainty that the previous administration’s rule caused."

Under the proposed NEPA rule, agencies would have to evaluate all environmental impacts of their decisions, considering "direct," "indirect" and "cumulative" effects, meaning that climate change as well as environmental justice concerns must be weighed in those decisions.

The proposed rule would also allow agencies to help develop alternatives to lower environmental and public health costs of projects. The ability of agencies to craft alternatives had been limited by the Trump-era rule.

In addition, the proposal would give greater flexibility to agencies, letting them come up with their own NEPA procedures, consistent with CEQ regulations, to meet their needs and the public’s.

NEPA was enacted more than 50 years ago. Its regulations apply to environmental reviews of major construction projects like bridges and transit as well as use of federal land. CEQ is the agency that implements the law.

"At a time when we are on the precipice of passing a once-in-a-generation investment in our nation’s infrastructure, the changes proposed today will improve certainty to avoid project slowdowns and litigation," Carper said. "Importantly, this proposal will restore the primary means of evaluating the impacts of federal action on the environment and ensure a more equitable process."

Randi Spivak, director of the Center for Biological Diversity’s public lands program, said pulling back the Trump changes to NEPA is "a necessary first step" but added that "we have a long way to go and not much time."

"The Biden administration must move urgently and go much further to begin breaking down systemic environmental injustice and addressing climate chaos and the extinction crisis," Spivak said. "Otherwise the catastrophic oil spills, wildfires and mass extinctions that appall us today will become frighteningly commonplace.”

Others were critical of the proposed rule. Clint Woods, Americans for Prosperity’s regulations policy fellow, said it would add to delays for infrastructure projects.

"This decision will make it harder, slower, and more expensive to build infrastructure, and is literally the opposite of what we’d need to ‘Build Back Better,’" Woods said in a statement.

The administration had signaled that it would pull back the Trump changes to NEPA, causing business interests and their Republican allies to grumble. Earlier this year, CEQ postponed the deadline for agencies to comply with the Trump rule that would have sped up environmental reviews (Greenwire, June 28).

CEQ is accepting public comment on its proposed actions. Further, there will be two public meetings held online, the first on Oct. 19 and the second on Oct. 21.

The administration also announced that the council is working on a second phase of changes to NEPA regulations. Those will be designed to involve the public more in the environmental review process as well as address climate change and environmental justice concerns.