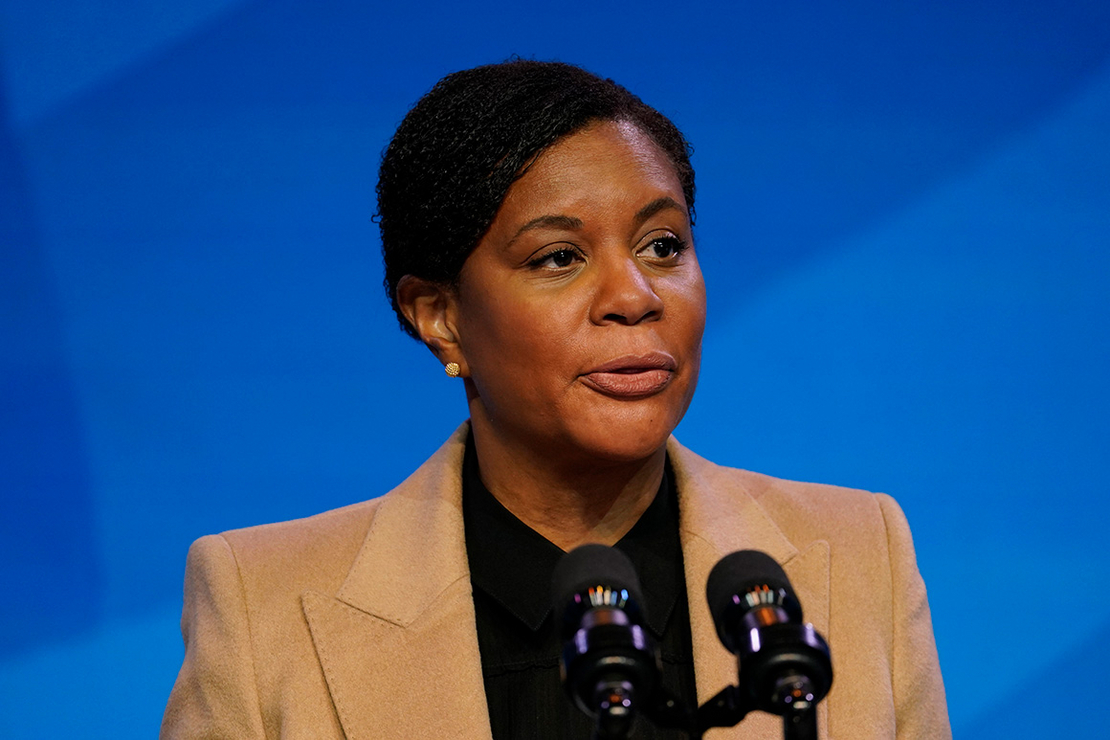 Alondra Nelson is deputy director of the Office of Science and Technology Policy. Matt Slocum/Associated Press

The White House today released a wide-ranging plan to strengthen the work of government scientists and protect them from political meddling.

The document from the Office of Science and Technology Policy aims to create a “broad culture of scientific integrity,” extending beyond scientists to include people who make high-level policy decisions and communicate research to the public. The plan also seeks to impose consequences on senior officials who break the rules.

“This report is a comprehensive Federal assessment of what’s needed to protect science — and scientists and technologists — within the U.S. government, and a clear government-wide policy statement calling for decision-making at all levels to be informed by science without interference,” Eric Lander, who leads OSTP, said in a statement.

The report comes from a task force of five dozen government scientists, helmed by Alondra Nelson, OSTP’s deputy director. It included traditional science-focused agencies and other offices that produce and handle scientific evidence and research.

In the past several months, the task force reviewed existing agency policies, received public input, and convened sessions with hundreds of scientists and other government officials. The task force found that current policies “need to be strengthened to better deter inappropriate influence in the conduct, management, communication, and use of science.”

Critics have long called federal scientific integrity policies weak. The Obama administration created some policies and practices in 2010 but the Union of Concerned Scientists said the Trump administration flouted those on more than 200 occasions (Greenwire, July 10, 2020).

Today’s White House report says, “Violations of scientific integrity damage trust in both science and government. These lapses are contrary to the core ideals of the U.S. scientific enterprise, including openness, transparency, honesty, equity, and objectivity. They also erode the morale and innovation of Federal scientists and technologists.”

The report lists various ways that violations can occur: research misconduct, flawed scientific practice or review, censoring research, and mischaracterization or manipulation of science. And it calls for a new interagency body to address violations by senior-level officials.

Early reactions from the scientific community — which has been expecting the report for months — were generally positive. Still, advocates called for more. Some questioned the report’s sweeping claim that “federal science is fundamentally sound."

Lauren Kurtz, executive director at the Climate Science Legal Defense Fund, thought the report downplayed some transgressions during the Trump years. She noted that EPA’s scientific integrity policy was used to defend unscientific claims like former Administrator Scott Pruitt’s statement that carbon dioxide was “not a primary contributor to global warming.”

Kurtz asked what sorts of consequences for violators might be considered and who would enforce them.

“Just identifying problems is not enough,” she said.

Jacob Carter, a former EPA scholar and now a senior scientist at UCS, noted the administration listened to many of the group’s recommendations, such as addressing conflicts of interest, enforcing transparency and encouraging public participation.

“It’s time to put these ideas into practice,” he wrote in a blog post this morning.

Kyla Bennett, a national director for the group Public Employees for Environmental Protection, has been critical of EPA’s handling of longstanding problems in its chemical office (Greenwire, Dec. 23, 2021).

She applauded the report’s mention of minimizing conflicts of interest and holding managers accountable but asked — when and how?

“Kudos to them for at least mentioning the two big elephants in the room,” Bennett said. “But we need to now clean up that elephant shit and figure out ways to prevent the elephants from getting in the room ever again.”