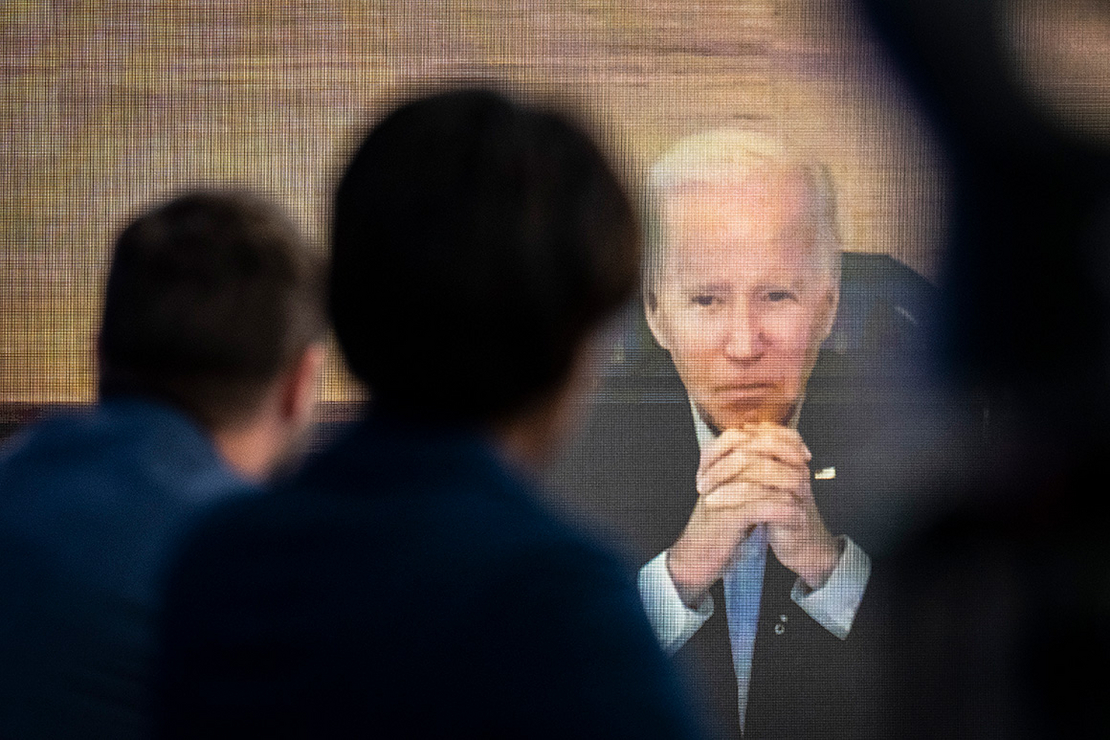 President Joe Biden participates virtually in a meeting with his economic team in the South Court Auditorium of the White House campus July 22 in Washington. Drew Angerer/Getty Images

The Biden administration will announce new policies this week to mitigate wildfire risks and protect communities from extreme heat, according to a White House official.

The announcements come after President Joe Biden last week said that he views climate change as an “emergency,” and vowed to roll out a series of executive actions to tackle the problem (E&E News PM, July 20).

The administration plans to announce new investments through the infrastructure law passed last year “to help eliminate the backlog of reforestation needs and assist communities in planning for and mitigating wildfire risk,” said the White House official, who requested anonymity to preview the executive actions.

Biden is facing pressure to declare a national climate emergency, which would allow him to unlock additional executive powers. The president said he is considering doing so, but he said, “I’m running into traps on the totality of the authority I have” (Greenwire, July 22).