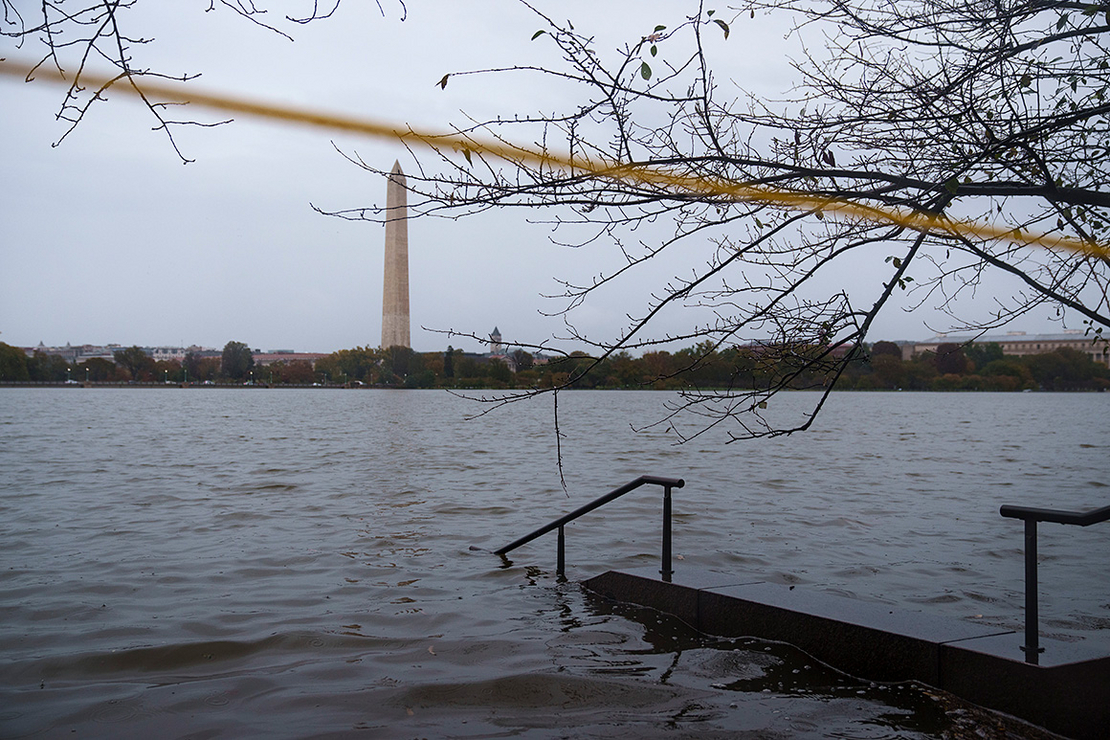 Flooding in Washington last year. The Office of Management and Budget this week released an analysis of the impact of climate change on the federal budget. Drew Angerer/Getty Images

The White House yesterday released a financial risk report showing that a 10-foot “worst case” sea-level rise could inundate more than 12,000 federal buildings and structures by the end of the century — costing taxpayers more than $43 billion to replace them.

The first-of-its-kind report from the Office of Management and Budget illustrates the broad impacts climate change poses and underscores that the greatest harm stands to hurt already vulnerable people.

Overall, it warns that climate risk could cut GDP by as much as 10 percent over the next eight decades. That could lead to an annual federal revenue loss of up to 7.1 percent, or $2 trillion a year in today’s dollars.

“The Federal Government’s budget is directly and substantially at risk from expected lost revenues and increasing expenditures due to climate change damages in coming decades,” reads a post written by Candace Vahlsing, OMB associate director for energy and climate, and Danny Yagan, the office’s chief economist.

The often-hidden risks vary. The report points to infrastructure and health care spending, the instability of subsidized insurance programs, and threats to global security.

Holly Burke, spokesperson for Evergreen Action, which has long urged OMB to act on climate, welcomed the new report, calling it “exciting to see OMB taking steps to make good” on the Biden plan for a whole-of-government response to the crisis “to match what we’ve called for and we’ll be looking for further action from the agency in line with our recommendations.”

Federal spending on crop insurance premium subsidies, for example, are expected to increase 3.5 to 22 percent each year because of climate change-induced losses. That translates to between $330 million and $2.1 billion every year.

In another example, increased hurricane frequency could drive up spending on coastal disaster response up to $94 billion annually by the end of the century.