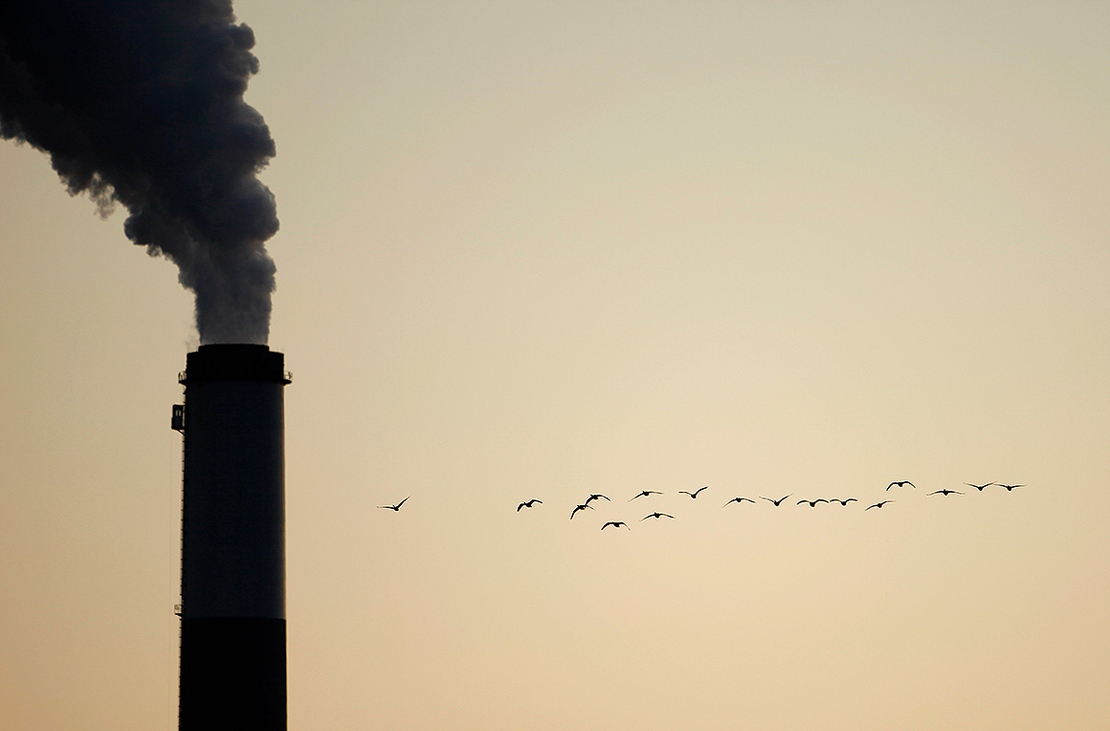 A flock of geese flies past a smokestack at the Jeffrey Energy Center coal power plant near Emmett, Kan. AP Photo/Charlie Riedel

Under orders from President Biden, EPA has taken its first overt step to revisit one of the Trump administration’s most bitterly contested air quality rollbacks.

While agency officials are not discussing the contents of a proposed rule sent yesterday to the White House budget office for a routine review, it is expected to restore the legal basis for landmark limits on emissions of mercury and other hazardous pollutants from coal-fired power plants.

Last year, the Trump administration scrapped the determination that it was “appropriate and necessary” to regulate those emissions, arguing that the underlying cost-benefit analysis was seriously flawed (Greenwire, April 17, 2020). While the administration’s decision had no immediate practical impact, it was opposed with particular intensity by environmental and public health groups that feared it would open the door to revoking the actual emissions limits for a class of high-polluting facilities.

Among the foes was Joe Goffman, who is now acting head of EPA’s air office. In a 2019 critique, written while he was still running Harvard University’s energy and environmental law program, Goffman accused the Trump administration of relying on a “blinkered and torturous legal interpretation” of the Clean Air Act to justify its move. In a January executive order issued on his first day in office, Biden instructed EPA to relook at the rollback and come up with a proposal by this month.

Mercury, a neurotoxin, is particularly dangerous to babies and small children. Also opposing the Trump-era move was the power industry, which had largely complied with what are formally known as the Mercury and Air Toxics Standards. The industry, however, backed an accompanying EPA decision last year to leave the original 2012 emission standards unchanged following a legally required review.

In a June interview with E&E News, Goffman indicated that the Biden administration was instead exploring the option of tightening them (Greenwire, June 7). It’s unclear whether the proposed rule sent yesterday to the White House contains any such provision. Goffman today referred emailed questions to EPA’s press office, where a staffer declined to comment because the draft rule is under review. EPA has not publicly set a timetable for completion of the final rule.

As critics predicted, the revocation of the appropriate and necessary determination last year was soon followed by a lawsuit from a Colorado-based coal company seeking to scrap the actual standards as well. Proceedings in that suit are currently on hold at the U.S. Court of Appeals for the District of Columbia Circuit, along with others from environmental groups that variously challenge the Trump administration’s decision and seek to strengthen the standards.

Among the attorneys initially involved in the legal scrimmaging was Tomas Carbonell, who was then with the Environmental Defense Fund but joined EPA in January as deputy assistant administrator for stationary sources in the air office. In his current job, Carbonell is recused from matters related to the MATS litigation, according to a March ethics filing obtained by E&E News through the Freedom of Information Act.