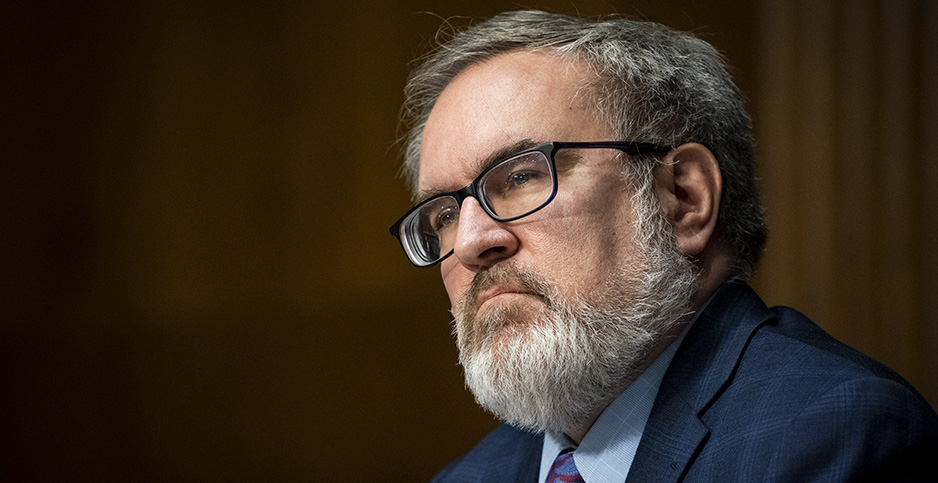 The White House appears to have lost its bid to make an upcoming rule for oil and gas emissions less protective than EPA proposed.

The EPA rule proposed for monitoring and repairing natural gas leaks, which is set to be final tomorrow alongside another rule that replaces Obama-era regulations for petroleum methane, was already weaker than the 2016 safeguards it replaces.

Then the White House stepped in with its own request: Reduce the burden for oil and gas companies by requiring fewer inspections for leaks.

But the White House’s determination to make it less stringent than EPA’s proposal appears to have succeeded only in delaying the rule’s rollout.

The two-part redo of Obama’s 2016 rule to restrict heat-trapping methane from oil and gas wells traveled to the Office of Management and Budget on May 29. EPA said that it had asked OMB for an expedited, 30-day review of the rule, which was already months behind schedule and would roll back the last piece of the Obama administration’s Climate Action Plan.

But OMB granted 28 meeting requests from interested parties to discuss the rulemaking. And in a filing with the U.S. District Court for the District of Columbia dated July 15, Department of Justice lawyers representing EPA stated that OMB’s comments on the final rule could delay it from being finalized.

"In light of the OMB review process, and assuming there are no additional interagency comments, EPA anticipates that it will finalize the rule by the end of July 2020," DOJ stated.

It’s unclear whether additional questions from OMB led to the rules being finalized this week instead of in late July. But the substance of the disagreement has started to emerge: The White House wanted a lighter requirement for oil and gas producers to inspect their well sites and compressors for leaks.

The Obama-era rule mandated that oil and gas producers inspect all well sites twice a year to ensure that they aren’t leaking methane — a powerful greenhouse gas that can contribute more than 80 times as much warming to the atmosphere than carbon dioxide over 20 years.

The EPA proposal under Trump, released in 2018, created a two-tiered program that required owners of large wellheads to inspect their operations more frequently than those of smaller operations. EPA took comment on two options: annual or semiannual inspections for large sites and annual or biennial inspections for smaller sites.

The agency indicated a preference for the more frequent inspection option.

But months before EPA put out its proposal in autumn of 2018, political appointees at the Trump White House proposed weakening the rule beyond what EPA envisioned.

The interagency dialogue between OMB and EPA made public in the docket for the proposed rule and organized into a chart by the Environmental Defense Fund shows White House political appointees pushing for weaker alternatives that would show large well sites inspecting their operations once a year, compressor stations twice a year and low-production well sites every 18 months or two years.

EDF’s summary of the interagency dialogue between April and August of 2018 shows that the White House repeatedly advocated for less stringent options, matching those sought by industry groups including the American Petroleum Institute and Independent Petroleum Association of America.

On Monday, The Wall Street Journal first reported that White House political staff had pushed for a laxer monitoring and repair schedule, but was ultimately unsuccessful.

EPA argued that such a rule wouldn’t be defensible in court because the analysis for the rule would show a pronounced increase in projected air pollution.

Industry experts who follow the rule say they’re now hearing that wellheads of all sizes might be required to monitor their operations every six months.

But most said they were still looking forward to seeing the rule finalized this week after advocating for it for three years.

"EPA has to balance comments from lots of different quarters," said Kathleen Sgamma, president of the Western Energy Alliance. "I think what’s really important is that this rule just gets done."