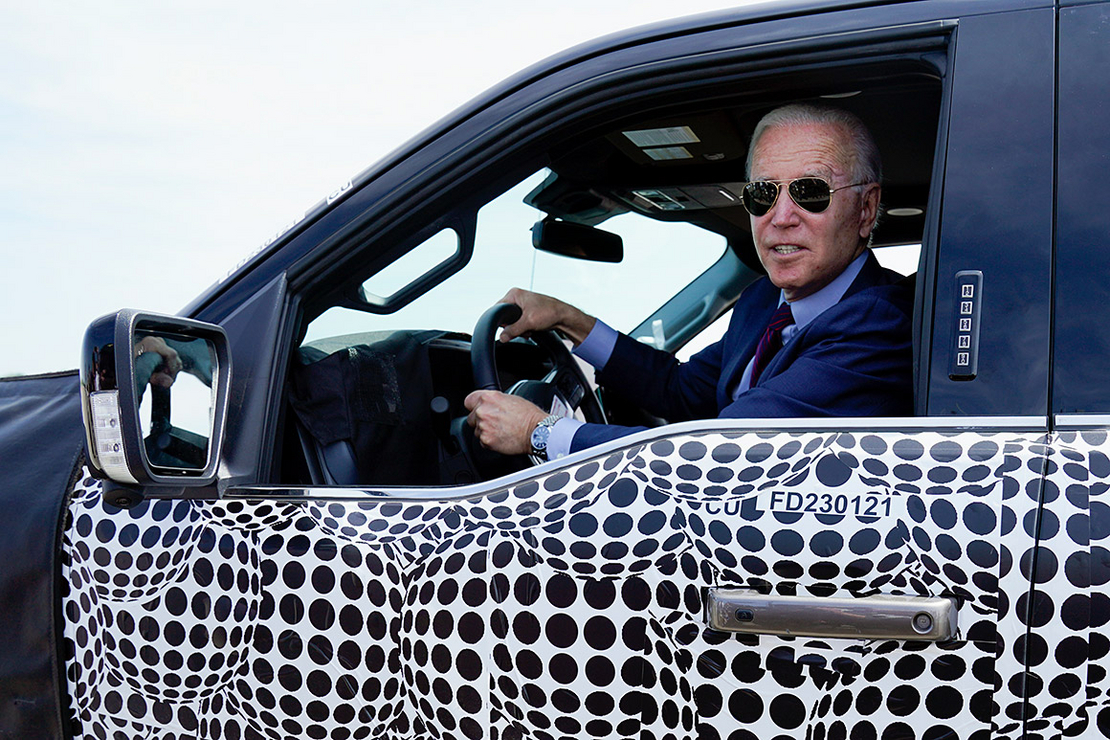 The Biden administration is planning to unveil new emissions rules for cars tomorrow during an event at the White House featuring industry officials and electric vehicles, according to three sources.

The long-awaited announcement will herald the return of the most significant climate regulations in the United States, and catapult forward President Biden’s efforts to slash emissions in half by 2030.

Representatives of several automakers are invited to the event, sources said. Ford Motor Co. is expected to showcase its F-150 Lightning, an electric version of its F-150 pickup truck, the best-selling truck in America, according to one source. A Ford spokesperson declined to comment for this story.

President Obama originally unveiled the greenhouse gas and fuel economy standards for light-duty vehicles in the White House Rose Garden in 2009, only to see the rules rolled back by President Trump, whose administration waged an assault on environmental regulations.

The new tailpipe rules will be crucial to meeting Biden’s goal of achieving net-zero emissions by 2050. Transportation is the country’s largest source of greenhouse gases, and cars account for the bulk of that carbon pollution.

The White House and EPA declined to comment on the new car rules, which are being drafted by EPA and the National Highway Traffic Safety Administration, a division of the Transportation Department.

The announcement will be held on the White House grounds, but the exact location is unclear. One source noted that the electric vehicles would likely need to be parked in the White House driveway, rather than the Rose Garden. The sources spoke on the condition of anonymity because they weren’t authorized to disclose details about the announcement.

Biden’s draft plan, details of which were first reported by the Associated Press, would incrementally ratchet up fuel efficiency requirements through model year 2026. After that, tougher standards are expected under a separate rulemaking, sources said.

Obama’s car rules, which were the strongest ever established, required the average fuel economy of new passenger cars and trucks to increase 5% each year, until they reached 51 mpg by 2025. Trump scaled back that rate to 1.5% annual increases, putting the auto industry on track to hit 40.5 mpg by model year 2026.

A former top federal official, who spoke on the condition of anonymity, previously confirmed to E&E News that Biden’s forthcoming rule would initially require 3.7% annual reductions in greenhouse gas emissions from new vehicles, then ramp up to 5% in 2025 (Climatewire, July 28).

Multiple sources said they expect that number to climb even higher for model year 2026, though the exact percentage remains unclear. The administration is also expected to announce a target percentage for electric vehicle sales by 2030 somewhere in the range of 40% to 50%, although many environmentalists are pushing for 60%.

Dan Becker, director of the Safe Climate Transport Campaign at the Center for Biological Diversity, said the new tailpipe rules should be so stringent that only EVs can comply by 2030.

“If you’re trying to get on a trajectory to do what the scientists say needs to be done, which is zero-emission on-road fleet by 2050, then you really need to be shooting for all EVs by 2030,” Becker said.

“If a vehicle made in 2030 lasts 20 years and it’s still polluting in 2050, that doesn’t solve the climate problem,” he added. “Yes, some of them will have aged out by then. But 40% doesn’t get you where the science says you need to be.”

Many automakers were frustrated by Trump’s rollback of the clean car rules, which led to regulatory uncertainty as the European Union and China pursued stricter tailpipe emissions limits.

A separate group of automakers, however, sided with the Trump administration in a legal battle over California’s Clean Air Act waiver for greenhouse gases, which allows the state to set tougher tailpipe emissions rules than those of the federal government.

Two of those automakers — General Motors Co. and Stellantis, the company formerly known as Fiat Chrysler — were also invited to tomorrow’s event, according to one source. A GM spokesperson didn’t respond to a request for comment, while a Stellantis spokesperson declined to comment for this story.