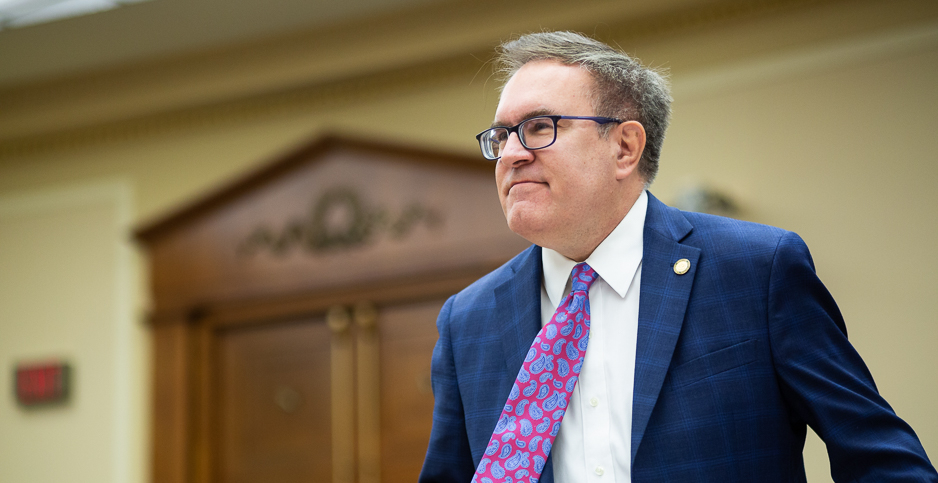 White House economists gave a blunt warning to EPA: Its rollback of clean car standards was on shaky legal ground.

"The legal justification is lacking," economists with the White House Office of Management and Budget wrote in a March 19 note to the agency.

"It … reads very cursory," they added.

The warning was significant. It pointed to a potential shortcoming of the car rules rollback, one of President Trump’s most consequential efforts to dismantle an existing climate change regulation.

The warning was contained in thousands of pages of documents reviewed by E&E News. The documents were part of OMB’s standard interagency review of the rollback, which is formally known as the Safer Affordable Fuel-Efficient (SAFE) Vehicles Rule, and were uploaded to the rulemaking docket earlier this month.

In addition to the legal justification, OMB raised concerns about the rule’s tone and cost-benefit analysis, the documents show. But EPA and DOT largely declined to address those concerns before finalizing the rule.

The agencies’ inaction could undermine the rollback’s chances of surviving in court, according to experts familiar with the documents.

"OMB was telling the agencies they didn’t have a legal justification. If the economists at OMB could see that, can you imagine how the court is going to look at this?" said Margo Oge, the former longtime head of EPA’s transportation office.

"OMB gave really useful comments if you’re an agency that wants to write a rule that will hold up in court," Noll said. "But there are a number of comments that the agencies didn’t end up responding to very well."

Asked for comment, an EPA spokesperson said in an email to E&E News: "EPA prizes vigorous review of rules at every level and does not comment on the interagency review process in order to encourage a variety of views."

The National Highway Traffic Safety Administration, the division of DOT responsible for the rollback, didn’t respond to a request for comment.

‘Inappropriate way of looking at this’

The rule would require automakers to increase the fuel efficiency of their cars and light trucks by 1.5% per year. That’s much less stringent than the 5% annual increases mandated by the Obama administration.

In the March 19 document, the OMB economists specifically took issue with the 1.5% increase, saying the agencies did "not do enough to explain why 1.5 is the right stringency level as a matter of fact or why it is proper as a matter of law."

Those were hardly their only concerns.

In a document dated March 13, for instance, they repeatedly chided EPA for its tone toward environmental groups and other critics of the rollback.

"While in general the new text in this draft is neutral and professional in tone, the notice might benefit from another sweep to remove a few statements that could be read as [unduly] colloquial, sarcastic or offensive," they wrote.

In particular, they instructed EPA to remove a paragraph that was critical of the Environmental Defense Fund’s analysis of the rollback, saying, "This seems spurious, sarcastic, and unnecessary."

The final rule does not contain that paragraph. But it still states elsewhere: "EDF is mistaken in two different ways."

Earlier in the interagency review process, the OMB economists also raised doubts about the cost-benefit analysis underpinning the rollback.

"On their own, the described cost-benefit numbers do not obviously lend themselves to the conclusion that the chosen alternative is preferable," they added.

The economists were referring to the fact that under a 3% discount rate, the SAFE Vehicles Rule doesn’t pass a cost-benefit analysis, and its net costs would exceed its net benefits by $13.1 billion (Climatewire, April 2).

Discount rates are used by economists to predict how the value of money declines over time due to inflation and other factors. Under a 3% discount rate, for instance, a dollar today would be worth 97 cents in a year.

Under a 7% discount rate, the SAFE Vehicles Rule would have a net benefit to society of $16.1 billion, which the agencies touted in the executive summary of the rule. But most economists agree that a 3% discount rate yields much more accurate results for environmental regulations, said Noll, of the Institute for Policy Integrity.

"The fact that there’s net benefits under 7%, it’s kind of problematic for them to rely on it," Noll added. "The 7% discount rate is an inappropriate way of looking at this."

The documents ultimately may not provide the full story.

Under Section 307 of the Clean Air Act, EPA political appointees are supposed to send those concerns to OMB, which is supposed to include them in the publicly available rulemaking docket.

But according to Carper, EPA political appointees tried to hide the concerns from the public by neglecting to send them to OMB, potentially running afoul of the Clean Air Act and other rulemaking requirements.

Oge, who led EPA’s transportation office under the Obama and Clinton administrations, said she shares the Delaware Democrat’s suspicions.

"The way that I would look at this, I would say that EPA political leadership must have prevented EPA career staff from providing comments to the final rule, as they were allowed to do back in August of 2018 for the proposed rule," Oge said.

"Something that stood out to me after doing this for 30 years is how few interagency comments were published," she added. "So that clearly tells me that a lot of comments were received verbally or by phone, and they weren’t really docketed."

In his letter, Carper asked EPA Inspector General Sean O’Donnell to open an investigation into such "irregularities" associated with the SAFE Vehicles Rule, as well as the "secret science" rulemaking.

It remains unclear whether that probe has been launched. A spokeswoman for the EPA Office of Inspector General didn’t immediately respond to a request for comment yesterday evening.