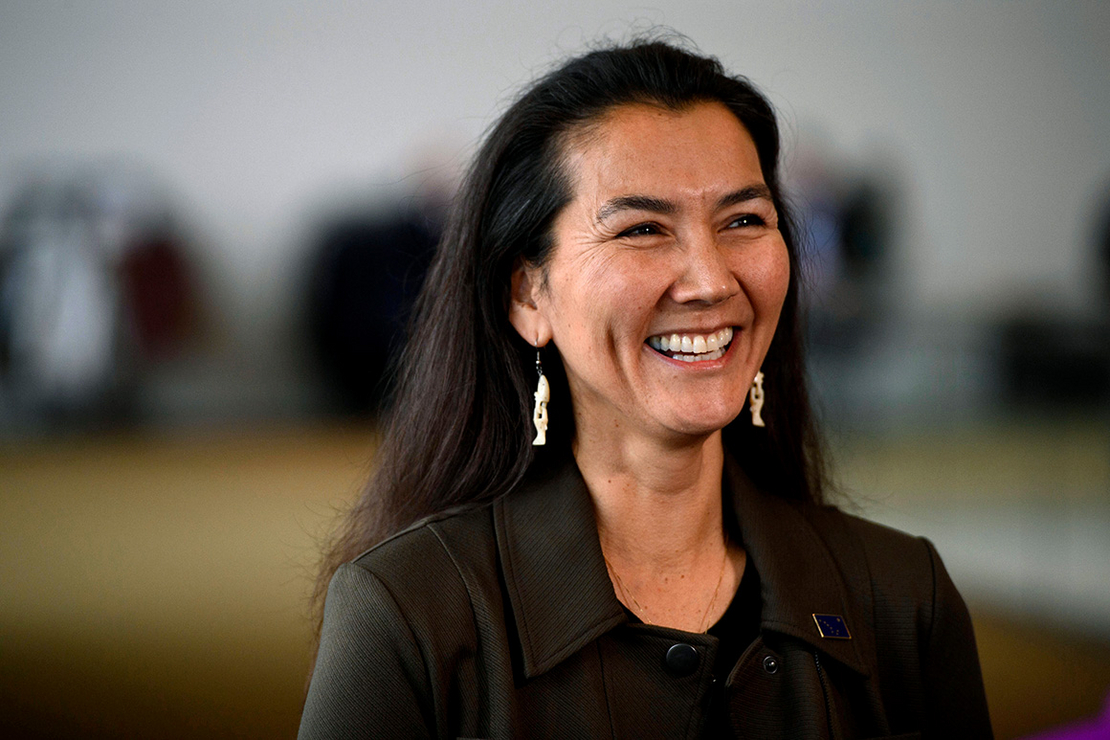 Mary Peltola’s win yesterday in a special election for an Alaska House seat sent shock waves through the political universe. And while the Democrat beat two Republicans, including former Gov. Sarah Palin, Peltola is a moderate and a firm backer of the state’s oil and natural gas industry.

She is also the first Alaska Native elected to Congress and will be the first Democrat to represent the state in the House in nearly half a century.

The race was the latest in a series of competitive special elections won by Democrats over the last several weeks, giving the party hope for the coming midterm elections. Peltola did not have significant help from national Democrats.

President Joe Biden called Peltola yesterday to congratulate her and say he looked forward to working with her “to lower costs for working families in Alaska,” the White House said. He also wished her a happy birthday. Peltola turned 49 yesterday.

Peltola, a member of the Yup’ik people indigenous to western Alaska, ran as a somewhat moderate candidate, with pledges to work in a bipartisan way for all Alaskans. She was vocal about her support for abortion rights — which the other candidates oppose — and backs the state’s oil and natural gas industry, including efforts to potentially drill in the Arctic National Wildlife Refuge.

In an interview with television station KTUU, Peltola said she felt “a tremendous sense of gratitude and appreciation for the people who put trust in me to fill out the remainder of congressman Young’s term.”

“I have a very long record of working in a bipartisan way. I have really spent my lifetime working with everyone and anyone to overcome our challenges, whether it be in the state Legislature or salmon management. And I intend to use those skills in Congress,” she told the station.

She said she believes the campaign has shown that there is “an appetite, at least among Alaskans, for a leader who is not partisan and does not tap into divisive language, and really tries to work with anyone and everyone to overcome our challenges.”

Peltola most recently was executive director of the Kuskokwim River Inter-Tribal Fish Commission, which works to manage and protect the Kuskokwim River fishery for Alaska Native tribes and other users. She previously worked in community outreach for the Donlin Gold proposed mining project and on the Bethel City Council, among other positions.

But her support for oil and gas drilling and exploration in Alaska could put her at odds with other congressional Democrats. She stated at a candidate forum that she supports drilling in ANWR and ConocoPhillips’ Willow project, a proposed oil and gas development in the state.

“Responsible natural resource usage has been and will continue to be a pillar of our livelihood,” Peltola said in a May Twitter thread explaining her support for potential ANWR drilling.

She clarified in that thread that she only supports exploration in ANWR’s Coastal Plain 1002 area. “Alaskans have consistently supported exploration in this area. Studies show minimal impact on local subsistence species & huge benefits to our local economy,” she said. She opposes the controversial Pebble mine project, however.

At a forum yesterday on energy before the vote count, Peltola consistently supported the oil and gas industry’s positions.

“There are factions who do want to lock up oil development and gas development in America and in Alaska. And I think what we need to do is really articulate how Alaska does it best,” she said. “I think that we really need somebody who’s effective at communicating and partnering and coalition-building.”

Asked about the goal among some environmentalists to move the nation away from fossil fuels by 2050, Peltola was critical.

Peltola’s victory has led to criticism by many Republicans of the ranked-choice system, in which the top four finishers in a nonpartisan primary go to a ranked-choice final election; in this case, the fourth-place finisher, independent candidate Al Gross, dropped out.

Palin and Begich focused their campaigns on attacking each other, which potentially contributed to Peltola’s win by convincing voters not to rank the other Republican as their second choice.

Talking with supporters yesterday, Palin called on Begich to drop out of the November general election. That race features the same candidates, plus libertarian Chris Bye.

“You know, back in June, we won. We won, had it been winner-take-all. Out of nearly 50 candidates, we won pretty handily,” she said of the primary for the special election. “And from there, oh, ranked-choice voting comes kicking in, and then it becomes complicated, convoluted, like, oh, how many second place votes you get, how many third place votes you get. I don’t know. I was telling people all along, don’t comply!”

Begich told KTUU he wouldn’t leave the race, and called on Palin to drop out herself.

Voters approved a ballot initiative in 2020 to implement ranked choice. The system could help Sen. Lisa Murkowski (R) in her reelection bid this year; it already saved her from a primary loss to Kelly Tshibaka, her Republican opponent, who is backed by Trump and the state Republican Party.

Since this election, which was held two weeks ago, was a special election, Peltola can be sworn in as soon as the House goes into session later this month. But she only has the spot until the current session of Congress ends in January, unless she wins the November general election.