Who will be Trump’s next regs czar? Here are 4 contenders 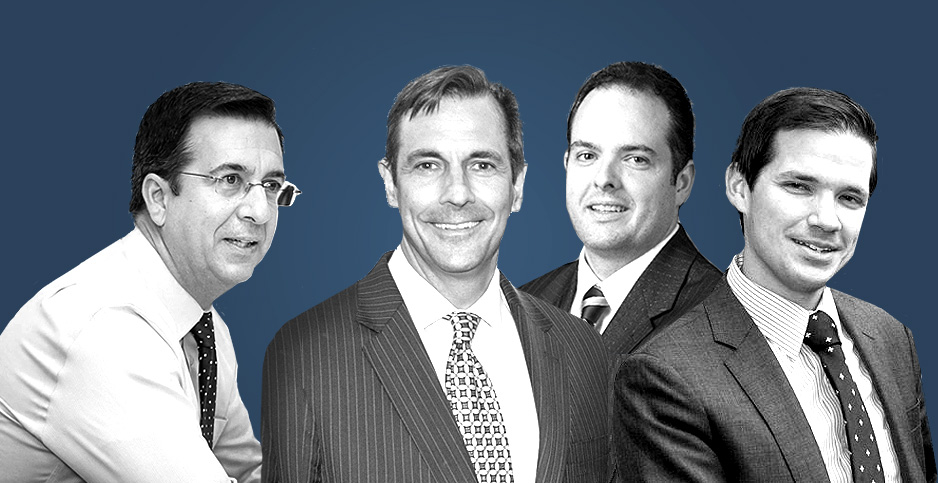 The agency leading the Trump administration’s deregulation agenda could soon be on the search for a new administrator.

The current head of the White House Office of Information and Regulatory Affairs, Neomi Rao, may soon be confirmed to replace Justice Brett Kavanaugh on the U.S. Court of Appeals for the District of Columbia Circuit.

That would leave yet another top post open in an administration already facing numerous high-profile vacancies, from White House chief of staff to the head of the Interior Department.

Some observers suggested the president may simply choose to rely on an acting administrator for the foreseeable future, given the challenge of getting a new one confirmed.

Such a move would be similar to what happened during the Obama years, which saw monthslong leadership under two consecutive acting administrators after Cass Sunstein’s departure.

The president has broad latitude in picking acting replacements, and if President Trump follows the pattern of past administrations, there are a handful of people and places he could turn to.

White noted the president could be looking to move onto the next stage of the administration’s aggressive push to establish a strict regulatory budget for federal agencies.

"The thing is now that we are two years into the administration, now it becomes a shift from initial implementation to maintenance and execution, so that might call for a different set of tools," he said.

Here are some of the people who could move up to take the helm at OIRA.

Deputy OIRA leader Mancini served as acting administrator before Rao’s confirmation in July 2017. During those months, he led the agency’s efforts to provide guidance on the implementation of the president’s controversial executive orders, including on E.O. 137771.

That order required the repeal of two existing rules for every new significant one, setting the course for the administration’s aggressive deregulatory push.

In an April 2017 memo, Mancini emphasized federal agencies would still be required to weigh the benefits and costs when considering which existing rules to undo.

"Except where prohibited by law, agencies must continue to assess and consider both the benefits and costs of regulatory actions, including deregulatory actions, when making regulatory decisions, and issue regulations only upon a reasoned determination that benefits justify costs," Mancini wrote (Greenwire, April 7, 2017).

Mancini also told agencies in May how they should comply with the president’s "energy independence" executive order, which called for the review of regulations and guidance that put a "burden" on domestic production. EPA cited this order in its repeal of the Clean Power Plan.

Mancini previously served as the second acting administrator of OIRA in March 2013 following Sunstein’s departure from the agency in August 2012.

Before becoming deputy administrator, Mancini was branch chief for OIRA’s Natural Resources and Environment Branch, and was senior economist for health, transportation and general government at the agency. He has also worked as an economist at the Food and Drug Administration.

Ray, OIRA’s associate administrator, is the agency’s second in command.

Ray arrived at the agency last summer following a stint as counselor to Labor Secretary Alex Acosta. Before that, he had worked as an associate at the global law firm Sidley Austin LLP.

Peter Keisler, a partner at Sidley Austin who supervised Ray on some cases after he joined the firm in 2014, said Ray worked on a broad range of regulatory and litigation matters.

"He was a real standout in terms of someone who is very smart and sophisticated in his legal analysis, above and beyond what you would expect of someone at his age," he said.

Keisler declined to discuss the clients Ray worked with, but reporting by ProPublica shows he worked with trade groups spanning a wide range of industries.

In 2017, the investigative news outlet reported said Ray had received compensation for legal services from the American Chemistry Council, American Forest and Paper Association, National Association of Manufacturers (NAM), Portland Cement Association, and U.S. Chamber of Commerce, among others.

Paoletta is OMB’s general counsel; he joined that arm of the White House in January 2018 after serving as counsel to Vice President Mike Pence.

White suggested that if Paoletta got the acting post, it could signal the White House was moving to put more emphasis on legal skills. Paoletta has expertise in congressional investigations and oversight.

Picking Paoletta as acting head of OIRA could also mean the White House is moving toward more oversight of independent agencies, according to White.

OIRA had already shifted in this direction last April when it signed a memorandum of understanding with the Treasury Department, allowing the regulatory agency to review tax regulatory action.

Paoletta has a range of experience working in both the public and private sector. Before joining the Trump administration, he was most recently a partner at DLA Piper LLP and Dickstein Shapiro LLP.

For a decade, he served as the chief counsel for oversight and investigations for the House Energy and Commerce Committee.

Paoletta is also a veteran of President George H.W. Bush’s administration. He served as the president’s assistant counsel. Prior to that, he was deputy associate director of presidential personnel.

Palmieri, senior counselor to the administrator, has close industry connections as the former vice president of legal, labor and regulatory policy at NAM.

In January 2017, Palmieri testified before members of the Senate Homeland Security and Governmental Affairs Committee about the high cost of environmental regulations to manufacturers, particularly small ones.

"Agencies are failing in their responsibility to conduct analysis that would better assist them in understanding the true benefits and costs of their rules," Palmieri told the Subcommittee on Regulatory Affairs and Federal Management in written testimony.

"Our regulations should be designed to most effectively meet regulatory objectives while minimizing unnecessary burdens," Palmieri said.

Palmieri has been a proponent of retrospective reviews of existing regulations and has proposed the creation of a congressional equivalent to OIRA for reviewing regulatory costs.

Before joining NAM, Palmieri spent a few years as a regulatory subcommittee staffer on Capitol Hill, working for the House committees on Small Business and Government Reform between 2002 and 2006.