Why 2023 is a cliff for climate rules 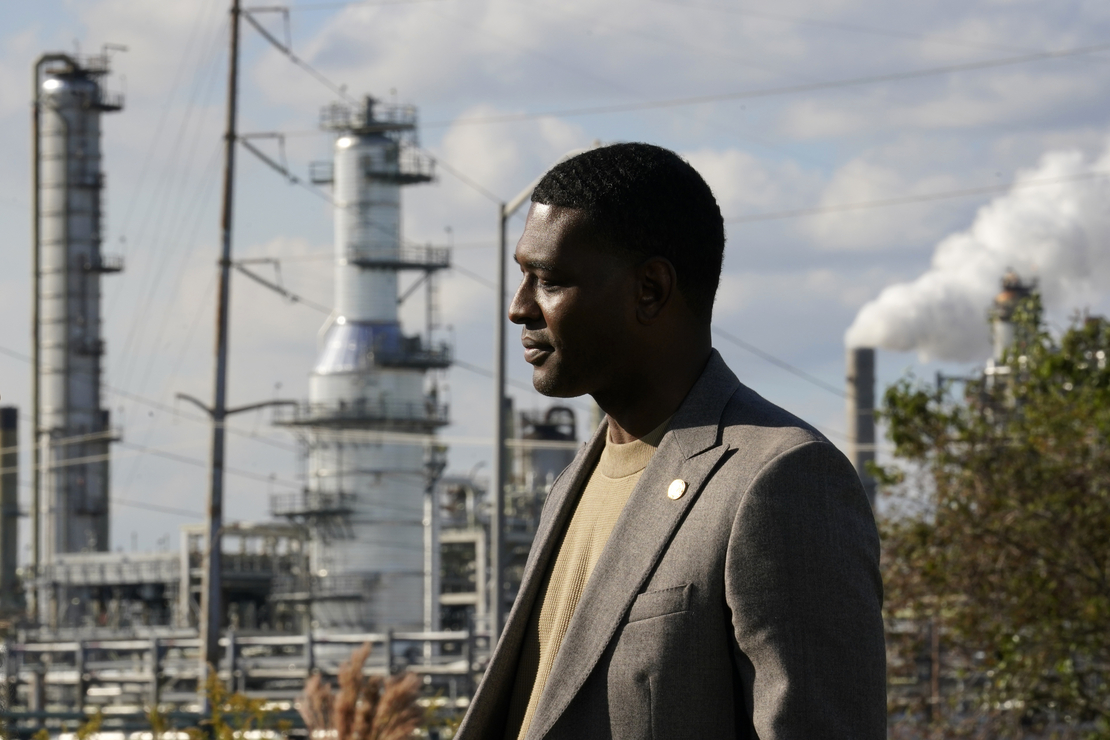 The Biden administration’s team of veteran lawyers and regulatory experts tasked with proposing clear air rules and climate mandates is far behind schedule at the outset of 2023. Deadlines have come and gone for EPA actions on power plant mercury and air toxics, cars, and atmospheric ozone. The agency is also under the gun to propose carbon rules for new and modified power plants and to finalize its methane standards for the oil and gas industry.

If those rules slip to next year, advocates warn, it could jeopardize the administration’s chances of defending the rules in court, or even open the door for a Republican president and Congress to easily reverse them in 2025.

“It’s a narrow window, the list is long, and frankly we’ve seen nothing in 2022 that gives us confidence that this administration has the ability to get rules across the finish line,” said Paul Billings, national senior vice president for policy at the American Lung Association. “Democratic administrations in particular seem to lose their regulatory mojo in the presidential election year.”

The administration never released a fall schedule for regulatory actions even though one was prepared by EPA staff, according to environmental advocates. That means the most recent “unified agenda” — a schedule of planned regulations across the government — is about 9 months old and likely outdated.

That means the agency could be racing toward a pile-up of climate and air rules in the first quarter. March is when the agency promised to propose carbon regulations for new and existing power plants that run on gas and coal. February is its self-imposed deadline for a draft rule that would potentially tighten standards for mercury and other hazardous emissions from power plants, reversing a Trump administration decision. But EPA has yet to even issue a supporting rule that would reinstate its legal authority to regulate those emissions in the first place.

The final version of the “appropriate and necessary” finding for the mercury rule — a necessary predicate to writing an actual rule — entered White House review last month after a long delay. There’s still no indication of when EPA might follow up with a proposal to actually strengthen power plant hazardous emission standards.

Also in March, the agency is required by a court order to finalize its “good neighbor” rule for air pollution that crosses state lines, impacting health in downwind states and affecting their ability to meet ozone standards. That rule has been proposed, and some advocates are optimistic that the agency would meet the court’s timeline.

Billings of the American Lung Association noted that EPA did finalize a smog rule for heavy-duty trucks last month in time for it to take effect in model year 2027. But his group and 20 other health and medical associations sent a letter to EPA last month urging the agency to move faster on the two prongs of the mercury rule (E&E News PM, Dec. 21, 2022).

“It doesn’t bode well for the administration being able to get its work done on time,” Billings said.

Some experts who track EPA progress say its initial timeline was too ambitious, adding that the delays show the agency is taking a deliberate approach to rulemaking — especially when it comes to accounting for recently enacted energy policies that could materially impact how quickly the economy sheds emissions.

“I mean, the administration was rightly so focused on Congress and what it could get done, and they passed three major pieces of legislation that will have big climate impacts,” said Carrie Jenks, executive director of the Environmental & Energy Law Program at Harvard Law School.

Congress in the past two years enacted massive infrastructure, technology and climate bills that are projected to change the energy landscape in ways EPA must now account for in coming regulations. The Inflation Reduction Act also created a massive new grant-making function at EPA.

“That’s only added to their agenda now, because they now need to implement all that and get all that funding out the door as well,” said Jenks.

Even before passage of the Inflation Reduction Act and its whopping $369 billion in climate spending, the Biden administration had high expectations for the effects its regulatory agenda would have on greenhouse gases.

That strategy became even more central to the administration’s goal of achieving 80 percent clean electricity by 2030 last year, when the Supreme Court issued its West Virginia v. EPA decision curtailing the agency’s ability to use the Clean Air Act to mandate a shift from fossil fuels-based power to renewable energy (Climatewire, July 1, 2022).

EPA and White House officials have avoided making public statements linking the coming slate of air and water rules for power plants to Biden’s climate objectives. Such messages could come back to haunt the administration in court if opponents of those rules argue that EPA is using its statutory authority for curbing local pollution to pursue objectives Congress did not intend.

But in remarks at a Clean Air Task Force forum in November at the global climate talks in Egypt, Zaidi said in response to a question from E&E News that air pollution standards are going to be “interactive with trends in the marketplace, trends in technology availability” that also have benefits for the climate.

The carbon proposals that EPA is scheduled to release this spring will have to stay on the right side of conservative Supreme Court justices who have shown little inclination to defer to agency interpretations of the law, while also making a meaningful dent in climate emissions.

In September, EPA opened a “non-regulatory docket” that the agency told E&E News at the time was “intended to inform the power plant rules.”

“We are working to have open, iterative and ongoing dialogue with stakeholders to ensure the EPA is as informed on the state of the sector, and the options for its [power plant carbon] regulations, as it can be,” an official said. The docket will be open until March 27.

Zaidi, in his remarks in Sharm el-Sheikh, Egypt, in November, said the landscape of options for reducing emissions from gas plants had changed since EPA’s white paper came out in April.

“What we’re seeing around the country now is folks taking old power plant assets and repowering them,” he said. “Hydrogen-powered power plants is not a concept in an EPA document, it’s a reality in New Mexico and other places.”

Zaidi said infrastructure and climate spending bills enacted under Biden are having a transformational effect.

Even if EPA finalizes its rules for carbon and other pollutants this year, there’s no guarantee that the Department of Justice will have the opportunity to defend them all the way to the Supreme Court — at least during Biden’s first term.

The Obama-era Clean Power Plan was finalized in June 2015, but the Supreme Court stayed its implementation early the following year and it never took effect. The Trump administration repealed and replaced it with a laxer standard that has also been thrown out by the courts.

An Obama-era carbon rule for new coal and gas power plants remained on the books throughout the Trump administration. Biden’s EPA is expected to replace it with a rule that does more to curb carbon from newly built gas plants.