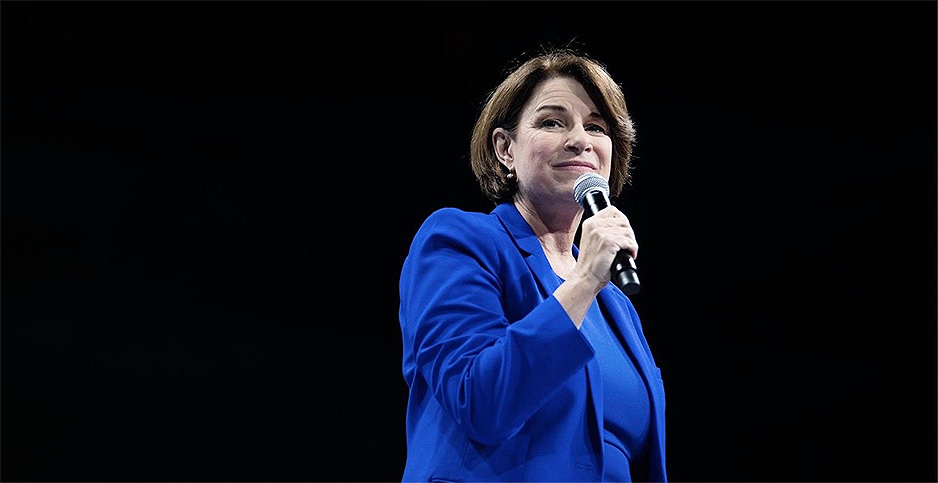 Sens. Elizabeth Warren (D-Mass.) and Bernie Sanders (I-Vt.) and former South Bend, Ind., Mayor Pete Buttigieg, among others, have all signed a pledge to stop a Chilean firm from building the Twin Metals mine on the doorstep of America’s most-visited wilderness.

Opponents presume Minnesota’s senior senator supports Twin Metals because she makes it clear she is the "granddaughter of an iron ore miner" — repeating the line in her snowy campaign kickoff speech and atop her website.

Klobuchar long ago hitched her political identity to roots in the Iron Range, where miners dug the foundation of Minnesota’s Democratic-Farmer-Labor Party.

"We know what her position is, but she hasn’t made her position clear," said David Schultz, a professor at Hamline University in St. Paul. Democrats have excused Klobuchar’s spotty environmental record, Schultz said, but even if her presidential bid fails, she will have to reckon with a shifting Minnesota.

Klobuchar’s campaign did not respond to multiple requests for comment, but Ben Hill, her Senate office state director, told MinnPost last year that his boss believes the mines can be built if they survive thorough environmental reviews.

When the Obama administration shortcut that process with a mining ban blocking Twin Metals just before leaving office, it caught Klobuchar’s wrath.

The Iron Range was central from Klobuchar’s first campaign.

In 2010, Republican Chip Cravaack rode the tea party wave to unseat Democrat Jim Oberstar, who had been the congressman in Minnesota’s 8th District for more than 30 years. Democrat Rick Nolan took back the seat after one term, but the moderate retired in 2018.

Trump, fresh off breaching Democrats’ "blue wall" to win neighboring Wisconsin and Michigan in 2016, campaigned hard for Pete Stauber two years ago when the seat opened up. At a rally, the president promised to do his candidate a favor and remove the Obama-era mine ban blocking Twin Metals in the Superior National Forest.

The problem is mining eventually goes bust, said Tammen, now retired and living near the Boundary Waters. "There aren’t many happy endings," he said.

Klobuchar is "triangulating way too much on an issue that’s important for Minnesota’s future," Tammen said. "She ought to be doing more to get us diversified up here."

"Given the demographic shifts and given what we know about polarization anymore … it may make more and more sense to appeal to urban environmentalists," Schultz said.

"It’s the thing that the Trump administration as well as other people … are using to divide and split people."

"Klobuchar didn’t want to fingerprints all over it because of the presidential race," said Richard Painter, a University of Minnesota law professor.

Senate staffers told mining opponents that Klobuchar’s office had assured them it was a minor, noncontroversial provision.

Twin Metals has included Klobuchar statements in press releases, but the senator’s staff told MinnPost the senator has "serious concerns" about mining so close to the Boundary Waters.

"Obviously, when she’s talking about jobs, she’s talking about mining jobs in a sulfide mine," said Painter, who ran as a Democrat in 2018 in the race to replace Sen. Al Franken, losing to eventual winner Tina Smith in the primary. "Those aren’t in anything else."

The popularity of the paddlers’ paradise turned Twin Metals into an issue Democrats have had to confront in Iowa. The group behind the pledge — the Campaign to Save the Boundary Waters — is a fixture in Washington, D.C., thanks in part to national campaign chairwoman Becky Rom, an Ely resident and longtime member of the Wilderness Society’s Governing Council.

"There’s a little game going on here in Minnesota," Painter said, "where you got a fair number of people saying, ‘We aren’t going to oppose PolyMet, but we’ll oppose Twin Metals because Twin Metals is in the Boundary Waters.’"

Democrats exploit that distinction, including Gov. Tim Walz and Klobuchar. Painter said, "She’s not showing the courage that you expect of someone to be president of the United States."