Why Biden’s car plan might not be a ‘clunker’ 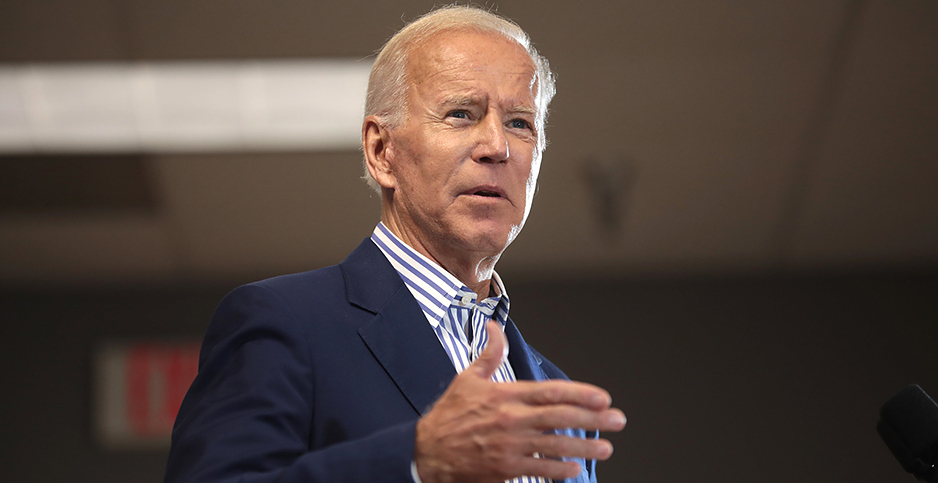 Democrat Joe Biden wants to encourage motorists to trade in their older cars for more efficient ones. It's patterned after "Cash for Clunkers," a program established under President Obama. Gage Skidmore/Flickr

The strategy aims to make a significant dent in greenhouse gas emissions from transportation, the largest source of carbon pollution in the United States.

Yet it contains echoes of "Cash for Clunkers," a 2009 stimulus program unveiled by the Obama administration that many experts across the political spectrum view as a failure.

To ensure success, the presumptive Democratic nominee for president will need to avoid the pitfalls of the "Clunkers" program while capitalizing on advances in EV technology, experts said.

"What Biden is proposing is nothing less than an entire retooling of the U.S. auto industry," said Paul Bledsoe, a former climate adviser in the Clinton White House.

"Don’t get me wrong — that’s an enormously hard thing to do. There are tremendous challenges in making sure that transformation happens in a way that stimulates the economy and provides huge reductions in emissions," said Bledsoe, who’s now a strategic adviser with the Progressive Policy Institute.

The plan states that a Biden administration would embrace a $400 billion proposal from Senate Minority Leader Chuck Schumer (D-N.Y.) to provide "consumers rebates to swap old, less-efficient vehicles for these newer American vehicles built from materials and parts sourced in the United States."

"The Clean Cars for America plan is an essential part of Democrats’ bold, far-reaching clean energy and infrastructure proposal. I am pleased Vice President Biden included it as part of his plan for America," Schumer said in a statement shared with E&E News.

In turn, Schumer’s plan contains strong echoes of the "Cash for Clunkers" program, which the Obama administration rolled out in the summer of 2009, at the tail end of the Great Recession.

Formally known as the Car Allowance Rebate System, the program provided consumers with a $3,500 rebate if they traded in an old car for a new car that got an additional 1-4 mpg. The rebate increased to $4,500 if the new car boasted a 2-10-mpg improvement.

By most accounts, "Clunkers" was a dud on two fronts: It failed to meaningfully stimulate the economy or reduce greenhouse gas emissions.

Even the Brookings Institution, a center-left think tank that has been critical of Republicans’ attempts to dismantle the Affordable Care Act and other Obama initiatives, released a scathing analysis of the program.

The 2013 analysis found that the program encouraged Americans to buy new vehicles that they would have bought anyway a few months later. Furthermore, the new vehicles did not have significantly higher gas mileage.

"Effectively what they did is they moved up consumption of vehicles that people would have bought anyway, but there wasn’t a dramatic change in the fuel efficiency of the fleet from doing this," said Clifford Winston, a senior fellow in Brookings’ Economic Studies program.

"So on net, this is generally thought to be a pretty inefficient policy that was a loser, not a winner," Winston added.

Conservative groups saw "Cash for Clunkers" as an example of regulatory overreach by the Obama administration.

"From our perspective as a free-market organization, any time you have the government dictate consumer behavior, it’s going to end up a disaster," said Mike Palicz, federal affairs manager at Americans for Tax Reform.

"As a stimulus program, ‘Cash for Clunkers’ was a complete disaster," he said. "All it really did was move up car purchases by two months. And I like to joke that any emissions reductions were offset by all the money you lit on fire."

But Bledsoe, the former climate adviser in the Clinton White House, said it’s foolish to equate the Biden-Schumer plan with "Cash for Clunkers."

"Comparing the two is like comparing a raisin to a watermelon," Bledsoe said. "They’re just entirely different."

A big difference is duration. "Cash for Clunkers" lasted for only one month — from July to August 2009 — until funding dried up. The Schumer plan would have enough funding to last until 2030, according to background information provided by the New York Democrat’s office.

"That entirely changes the opportunity to provide economic stimulus," Bledsoe said. "You’re not just incentivizing consumers to do something they would do a few months later. You’re providing them with an entirely new set of choices for years."

Another major difference is financial scope. While "Cash for Clunkers" was a $3 billion program, the price tag of the Schumer plan is $400 billion.

Perhaps the greatest difference, however, concerns advances in EV technology and availability, said Gregory Keoleian, director of the University of Michigan’s Center for Sustainable Systems.

A lot has changed since 2009. Major automakers such as General Motors Co. and Volkswagen AG have introduced a suite of EVs whose fuel efficiency is equivalent to 100 mpg or greater, according to fueleconomy.gov, a government website maintained by EPA and the Department of Energy.

In recognition of this change, the Schumer plan would exclude gas cars entirely, requiring consumers to purchase new vehicles that have zero emissions.

"The implications of a ‘Cash for Clunkers’ program today are expected to be much greater," Keoleian said. "When you go from an internal combustion engine vehicle to an electric vehicle, the fuel economy improvement is dramatically greater."

Both Schumer and Biden envision the program as one piece of a larger puzzle that includes incentives for utilities to invest in EV charging infrastructure and for manufacturers to invest in more EV models.

The Biden campaign didn’t immediately respond to a request for comment in time for publication.