Why Biden’s refinery push may run into trouble 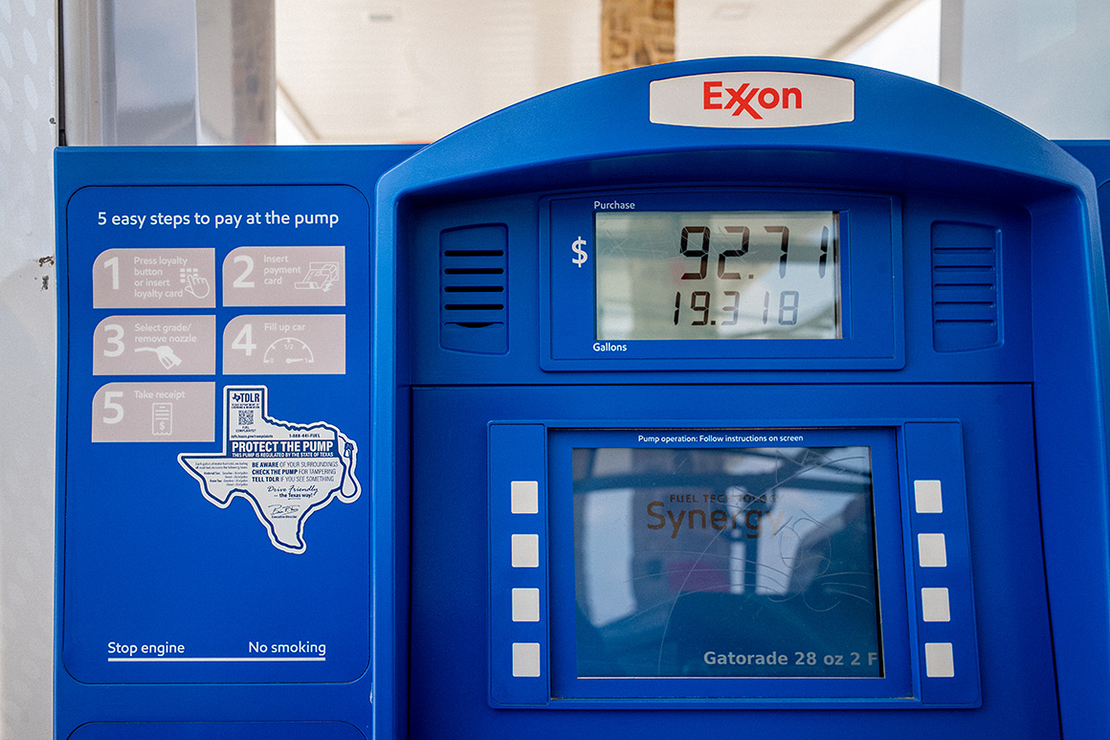 President Joe Biden raised the stakes in his campaign against high fuel prices yesterday, calling on U.S. refiners to cut their profit margins and help consumers who are struggling with energy costs to pay their bills.

The White House also suggested the president could use “all reasonable and appropriate federal government tools” to increase refining capacity in order to get record gasoline prices down, including the Defense Production Act to order refiners to bring some of their shuttered plants back online.

“We’re saying that the president has used it before, and he’s willing to do that again,” White House spokesperson Karine Jean-Pierre said at a briefing when asked about the Cold War-era law and whether the president would use it to increase capacity.

“We know where to put the blame: on the war. But oil companies, they have — oil refineries, they have a responsibility too. What they have been doing is taking advantage of the war,” Jean-Pierre said.

But analysts and oil-price watchers said there’s little the Biden administration — or the industry itself — can do to cut into the high profit margins at refiners. The lingering effects of the Covid-19 pandemic and the Russian war in Ukraine are likely to last into next year, they say.

Biden sent letters this week to the heads of the seven biggest U.S. refiners, saying current profits are “unacceptable” and calling for Energy Secretary Jennifer Granholm to hold an emergency meeting on fuel prices (E&E News PM, June 15). The president pointed out that gasoline prices have risen from about $4.25 a gallon in March to $5 a gallon this week, even though oil prices have stayed relatively stable at about $120 a barrel. Prices have risen by about $1.70 a gallon since the beginning of the year.

A big factor in the change has been the profit margin that companies get for refining crude into gasoline and diesel, also known as the refining margin or the crack.

“There is no question that Vladimir Putin is principally responsible for the intense financial pain the American people and their families are bearing,” Biden wrote. “Historically high refinery profit margins are increasing that pain.”

The Biden administration and the oil industry largely agree on the roots of the price spikes. In the last three years, more than 1 million barrels a day of refining capacity has been taken offline because of the pandemic and extreme weather, about 5 percent of the previous total.

As the pandemic began to ease, demand for fuel shot up, and there were fewer refineries to meet the need.

The Russian invasion of Ukraine was a double-whammy for fuel prices. International sanctions barred many companies and countries from buying Russian oil, which sent the price of crude higher. And Russia was also a major exporter of diesel fuel and other refined fuels, which was also blocked by sanctions.

As a result, the remaining refineries in the U.S. are running at more than 90 percent of their capacity and reaping record profits. Analysts at JPMorgan Chase & Co. said in a research note last week that refiners “have the kind of opportunity they wait decades for.”

The companies themselves have suggested waiving various regulatory requirements, including the renewable fuels standard and the Jones Act, which bars foreign vessels and crews from transporting cargo between U.S. ports.

But reopening refineries will be a heavy lift. It would cost hundreds of millions of dollars for each site, and it would take months, John Auers, a refinery consultant at Turner, Mason & Co., said in an interview.

Yesterday, trade groups said the administration’s focus on climate change and environmental issues is one of the obstacles keeping the industry from investing in refineries. As a candidate, Biden promised to “end fossil fuel” and he’s taken a series of steps to cut pollution from automobiles and control greenhouse-gas emissions, the heads of the American Petroleum Institute and the American Fuel & Petrochemical Manufacters said in a joint letter to the White House.

“Refiners do not make multi-billion-dollar investments based on short-term returns,” the trade group chiefs, Mike Somers of API and Chet Thompson of AFPM, wrote. “They look at long-term supply and demand fundamentals and make investments as appropriate.”

Some refineries were also closed because of disasters. An explosion destroyed part of the Philadelphia Energy Systems plant in 2019, and its owner filed for bankruptcy a few months later. Last year, Phillips 66 closed its Alliance Refinery outside New Orleans after it flooded during Hurricane Laura.

During the pandemic, companies concentrated on the most profitable operations and closed their older, often lower-tech, refineries (Energywire, May 5, 2020).

Even with the pandemic waning, there’s little incentive for companies to reopen their plants. The industry still expects gasoline and diesel use to be flat for the next few years, Auers said. And the Biden administration has been signaling since 2020 that it wants to move the U.S. away from its reliance on fossil fuels.

“It certainly doesn’t fit in — their whole policy goal is to move away from oil,” Auers said.

Likewise, the structure of the refining business means there’s no economic incentive for companies to voluntarily cut their profit margin.

A retail filling station, for instance, could cut its prices and expand its share of the market by enticing customers away from other stations. But refiners have a hard time expanding their production, so they can’t expand their market share even if they undercut their competitors.

In an emailed statement yesterday, Exxon said it intends to increase its refining capacity 250,000 barrels a day. “We have been in regular contact with the administration to update the President and his staff on how ExxonMobil has been investing more than any other company to develop U.S. oil and gas supplies,” the company said.

Other projects are also likely to come online in 2023, Auers said, including at Valero’s Port Arthur refinery and a privately owned refinery in St. Croix, U.S. Virgin Islands.

Still, high oil prices and high margins are likely to continue into 2023, according to a report yesterday from the International Energy Agency.

“Nevertheless, product markets are expected to remain tight, with a particular concern for diesel and kerosene supplies,” IEA said.

The Biden administration has taken various steps to try and control the price of oil, including releases from the Strategic Petroleum Reserve. Biden is scheduled to meet in July with leaders in Saudi Arabia, which has a strong influence on world oil prices as the de facto head of OPEC.