Why climate voters made Biden the front-runner 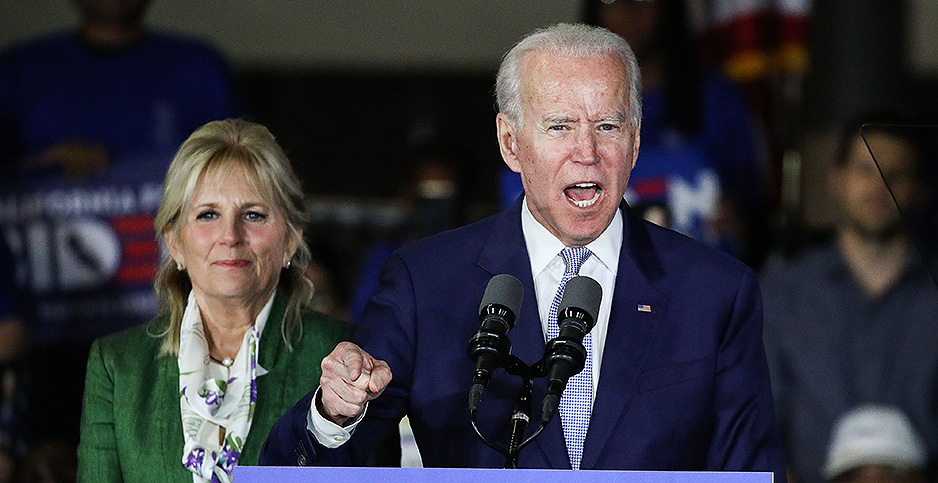 That result flung the former vice president to the front in the bruising primary race and revealed his strength among voters who prioritize the environment. Sen. Bernie Sanders (I-Vt.) won an overwhelming number of younger voters, a key climate constituency, but finished slightly behind Biden among all voters who ranked their top issue as climate.

It’s a demonstration of what some public opinion experts described as the current limitations — and the deep potential — of the climate movement’s budding power.

Never before has the issue demanded so much attention from voters, candidates and the media. But that surge of interest has outpaced the ability of activist organizations to shape public perceptions of climate politics, unlike more entrenched issues such as abortion and guns.

The upshot, experts said, is that most voters don’t meaningfully distinguish between the candidates’ climate plans. Although some voters take cues from green groups who score candidates’ plans or provide endorsements, last night demonstrated the limits of their power — at least for the moment.

"I want to throw [my phone] out the window. What have we all done?" tweeted David Turnbull, strategic communications director at Oil Change U.S., the group behind the No Fossil Fuel Money Pledge. The organization has criticized Biden for accepting money from industry-tied donors (Climatewire, Jan. 3).

Biden’s climate plan was scored at or near the bottom of the field by the Sunrise Movement, Greenpeace, 350 Action, Data for Progress and the Center for Biological Diversity Action Fund. The Sunrise Movement endorsed Sanders and campaigned for him aggressively.

That didn’t stop Biden from winning a plurality of climate voters across Super Tuesday states, according to a Washington Post compilation of exit polls.

Biden took 33% of those voters compared to 28% for Sanders, 16% for Sen. Elizabeth Warren and 11% for billionaire Michael Bloomberg.

The state-by-state results tracked with the overall returns.

Biden swelled his climate margin in states he dominated, like Virginia, where he won 55% of climate voters. He also pulled off climate pluralities in tighter contests like Massachusetts and Minnesota — an important component to his narrow wins in those states, where climate voters made up about one-quarter of the electorate.

Meanwhile, Sanders carried climate voters in the states he won.

Within those muddled numbers is a sleeping giant, said Anthony Leiserowitz, director of the Yale Program on Climate Change Communication.

Nationwide, the number of people alarmed about climate change has tripled to 31% since 2014, according to polling by Yale and George Mason universities, and the number of those people who say they’re willing to join a climate campaign to pressure elected officials is projected at 20 million.

The National Rifle Association, by comparison, has a membership of about 4 million.

"They punch way above their weight numerically," Leiserowitz said of the NRA. "Why? Because they’re organized for power. And what we would suggest is the climate movement is still … latent. They have not been fully organized."

That is starting to change with organizations like the Sunrise Movement and the Citizens’ Climate Lobby, he said, but they’re still building.

To be sure, Biden has worked to win climate voters. If his plan for cutting emissions is less ambitious than his rivals’, it is still bigger and bolder than those of past Democratic nominees. And Biden has often woven climate into his speeches and debate answers.

"I would say Joe Biden has a less-strong plan — but he’s still putting a lot more on the table than we saw in 2016 from a candidate like Bernie Sanders," said Leah Stokes, a University of California, Santa Barbara, professor who studies public opinion and climate change.

The polls show climate is swaying voters in a big way, she said, but that doesn’t mean it’s pushing voters toward the same candidate.

That might be because voters are hearing a similar message from the candidates, even if their plans are different.

In their post-election speeches last night, Biden and Sanders used the same words to describe climate change as an "existential threat." They even mentioned it at about the same point in their remarks — early in their speeches but toward the end of a list of policies so they could build up to it.

"I’m not sure [voters] are capable of differentiating the degree to which the candidates are true climate hawks versus faux climate hawks," said Edward Maibach, director of the Center for Climate Change Communication at George Mason University.

Interviews with dozens of voters in California, where Sanders won big last night, suggest his supporters were using his consistent statements on climate as a proxy for his policies.

"I think everyone who’s running in the Democratic Party will give lip service to climate change, but I think it really matters to him because it’s mattered to him since before he was running for president," Melissa Bomfiglio, a 35-year-old nurse, said as she entered a Sanders rally in Los Angeles.

Climate’s rise as a political issue has come in part from voters recognizing impacts either in their own lives or vicariously. It’s wildfires and hurricanes — but also the housing shortages and medical problems that follow those disasters, Stokes said.

That process could continue if last night’s results narrow the primary to a contest between Biden and Sanders, Leiserowitz said. A two-person race would make it easier to spot their differences on climate, and Sanders would be especially likely to wield the issue.

That dynamic could boost climate beyond the already unprecedented attention it’s getting.

"Something has happened that has never happened before," Maibach said.