Why do people dislike wind power? What a DOE lab found 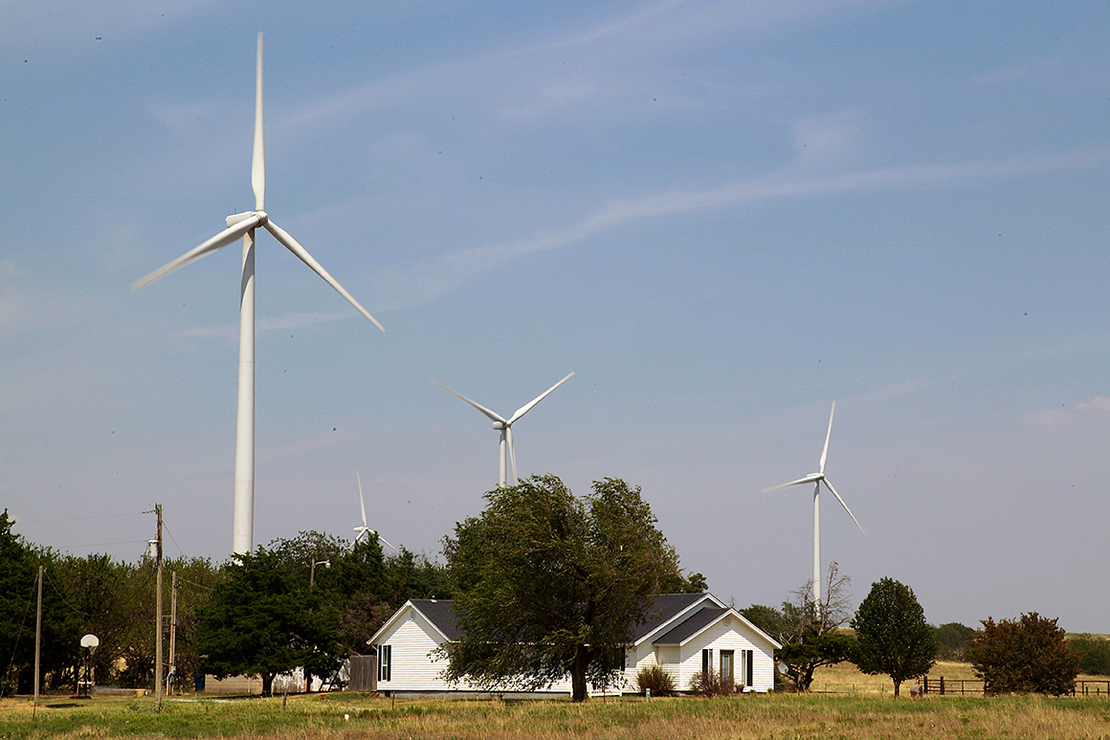 Opponents to wind projects sometimes cite the "flickering" shadow cast by the turbine blades in residential areas. A new national lab study finds a mismatch between exposure to the shadows and locals' degree of annoyance. AP Photo/Sue Ogrocki, File

Across the country, some opponents of wind energy have complained of a phenomenon known as “shadow flicker,” in which active turbine blades cast a moving shadow on nearby homes and yards.

A new study from federal researchers, however, finds that a home’s level of exposure to those shadows doesn’t tell the full story in terms of whether a neighbor will express annoyance with the turbines.

A team at Lawrence Berkeley National Laboratory modeled shadow flicker exposure at nearly 35,000 homes sitting within a few kilometers of 61 wind projects across the country. It then compared its models with what residents actually said, using survey responses from 747 of those homes. The team found that residents’ irritation didn’t fluctuate based on how often the turbines threw shadows onto a home.

“We find that [shadow flicker] exposure is not significantly correlated with annoyance,” said the researchers, who collaborated with consultants from Vermont Environmental Research Associates and Resource Systems Group.

Instead, annoyance was “primarily a subjective response,” or dependent on factors like whether the turbines seemed to belong as part of the surrounding landscape, how noisy the surrounding environment was, whether the neighbor had been compensated for the wind project and whether the person had gone to college, said the study, which was published last month in Energy Research & Social Science.

Ben Hoen, lead author and a research scientist on electricity markets and policy at Lawrence Berkeley, said the results were unexpected.

“We had assumed that higher levels of shadow flicker would lead to higher levels of annoyance. We were sort of surprised that it didn’t. There are other things that lead to that annoyance that should be looked at, instead,” said Hoen.

The issue is a loaded one for the U.S. energy transition, considering most analyses of a future decarbonized electric grid envision a massive build-out of wind and other renewables. Wind contributes less than 9 percent of the country’s power, as of last year, according to the American Clean Power Association, the industry’s main trade group.

One Energy Department blueprint from last year saw wind’s proportion climbing to as much as 36 percent by 2035 under a scenario that envisioned a carbon-free grid.

But stretching back over a decade, locals across the U.S. have cited shadow flicker in campaigns that ultimately helped kill big wind projects.

It’s also come up in political debates. Last year in Kansas, landowners listed flicker among reasons to support a bill by climate-skeptic lawmakers — including the chair of the state Senate’s energy committee — that would have laid out tough new restrictions on where wind farms can be sited (Energywire, March 24, 2021).

The study reported a small but “very annoyed” group of residents who constituted 17 percent of respondents who perceived any shadow flicker in their home or property. Those residents were less likely to have attended college or received compensation from the wind company for siting turbines near them, and they tended to be younger compared with people who weren’t disturbed by shadow flicker. The group also tended to say they didn’t like the look of the turbines, because they “did not fit” with the landscape.

Another 23 percent of those who noticed the phenomenon on their property said they were “mildly” annoyed, and 27 percent said they weren’t annoyed at all. A third marked “other.”

The reported levels of annoyance weren’t strongly linked with whether the person was subject to the highest amount of shadow flicker, which was defined as greater than 30 hours per year. The same was true with the lowest levels of flicker, below 8 hours a year.

Still, the findings do not mean wind companies and local officials should ignore ways to address shadow flicker, said Hoen. Particularly when the whirling shadows appear within a home, it can be annoying — a little like trying to drive with the sun’s glare in a side mirror, he said.

“Developers can be proactive about it, and policymakers can urge them to be,” he said. “It’s one of those things that’s relatively easy to deal with,” since wind companies can use the seasons, time of day and a house’s location to predict when and if the turbine’s shadows will fall on it.

Designing projects with “the least aesthetic impacts,” such as locating them away from parks or other important scenery for locals, could be “fruitful” too, added Hoen.

As turbines grow larger and spread across more of the U.S., the number of residents who end up in the shadows of the machines will climb, too, he noted.