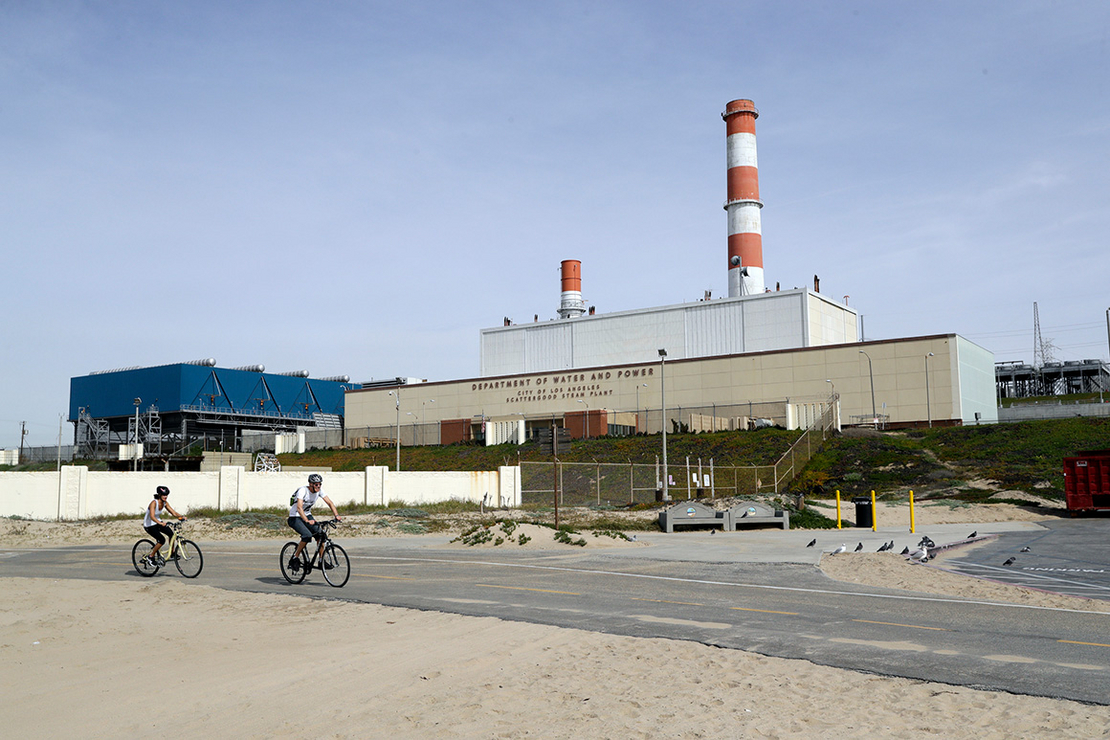 It has been seven years since EPA finalized a rule requiring new coal-fired power plants to capture and store a share of their carbon emissions. Despite litigation and a proposed repeal by the Trump administration, it is still in place.

Now EPA is preparing to demand that newly built natural gas-fired generators do more to limit their own emissions. And environmentalists hope the new rule, expected later this year, will also rely on an aggressive technology like carbon capture, utilization and storage, or CCUS, to deliver deep cuts in climate pollution.

No gas-fired generators currently use that technology. A draft white paper that EPA released last month and is now taking public comment on lays out technical options for CO2 abatement at new gas power plants. Its section on CCUS cites a combined-cycle gas plant in Massachusetts that captured up to 95 percent of its CO2 for use in carbonated beverages — until it shuttered in 2005. A power plant with CCUS is slated to come online in Scotland in 2026.

Industry advocates, including some who back the development of CCUS for gas plants, have suggested EPA would struggle to show that the technology is ready to be the basis of a rule.

Jeff Holmstead, a partner at Bracewell LLC, said that EPA might have released the white paper to signal to industry that it would eventually promulgate a rule requiring steeper carbon cuts through a technology like CCUS, which is currently a focus of Energy Department research and development. DOE received more than $2.5 billion for a CCUS demonstration program in the infrastructure law last year. The spending will support at least two pilot projects at natural gas generators.

“By talking about CCS and hydrogen, they show that they’re thinking about the longer-term question of what ultimately are we going to do with gas plants that will be needed to maintain reliability for many years,” said Holmstead, who headed the EPA air office under President George W. Bush. “But I wouldn’t read that as saying that CCS or hydrogen are really on the table for the rulemaking they have to do in the next year.”

Holmstead said the paper makes it clear that those technologies aren’t adequately demonstrated yet.

Environmental attorneys maintain that the Clean Air Act is designed to promote the deployment of cutting-edge technologies that have the potential to deliver significant reductions in harmful pollution. EPA’s white paper does cite decades of CCS and CCUS projects applied to coal-fired power, natural gas processing and other facilities.

“All EPA needs to do is demonstrate that it can be transferred and scaled for the gas fleet and there are no technical barriers to accomplishing that,” said Jay Duffy, an attorney with the Clean Air Task Force. “I think a lot of times opponents of CCS and advanced pollution controls try and move the bar and say that a technology isn’t demonstrated unless it’s on every street corner. But that’s not what the Clean Air Act contemplates. It’s forward-looking. It’s technology-forcing.”

EPA’s white paper lays out a spectrum of technologies that could bring down a gas plant’s carbon emissions, from heat rate improvements, to hybrid plants that burn gas with hydrogen or renewable energy, to CCUS.

A proposal is expected later this year with a final rule due in 2023. Unlike EPA’s draft rule for existing power plants — also expected this year — the new source standard triggers compliance requirements upon proposal.

It’s unclear whether EPA plans to update the standard for new coal-fired power at the same time. In court filings, the agency has said it’s still weighing its options.

The Obama EPA left the current administration plenty of room to get tougher on gas plants.

The same 2015 rulemaking that mandated partial CCUS for coal-fired power plants set a carbon limit for new gas plants of 1,000 pounds per megawatt-hour — a standard that is laxer than business as usual at most modern gas plants. The efficiency measures that EPA explored in its draft white paper would support a 20 or 30 percent tightening of that standard.

But greens say that would be a dismal contribution to President Joe Biden’s promise to make the U.S. power grid 80 percent carbon free by the end of this decade — and 100 percent clean by 2035.

“Once you build something, it tends to stick around,” noted Mike O’Boyle, director of electricity policy at Energy Innovation.

A standard based on efficiency improvements might be significantly more stringent for gas than the Obama-era rule, he said, but if it paves the way for gas to remain a large share of U.S. generation for decades to come, it could undermine net-zero objectives.

It could also leave ratepayers on the hook to pay for stranded assets in years to come, he said.

“It’s less of an issue in competitive markets where the risk of a new build is on the natural gas plant, and if there are cheaper alternatives the utility that built that plant bears the risk of early retirement,” said O’Boyle.

But more than half of U.S. ratepayers live in markets that are served by utility monopolies, where a power company can recover the cost of an asset that has become obsolete by passing those costs on to consumers.

If EPA bases its rule on CCUS, that doesn’t mean utilities must use the technology to achieve the performance standard. They could opt for something else that allows them to keep emissions at the limits set by the rule.

O’Boyle said energy regulators should in effect have a tougher standard for the technologies they approve than EPA, because they should be anxious to protect customers from subsidizing stranded assets down the line.

Gas with CCUS is not competitive with renewable energy, he argued.

“Just because EPA decides that certain emissions reduction technologies are commercially feasible doesn’t mean that necessarily we will or should get more of those technologies deployed in the real world,” O’Boyle said.

The New Source Performance Standard and a related rule for existing power plants will be influenced by next month’s Supreme Court decision on a challenge to the Obama-era Clean Power Plan. It also comes as a major climate spending bill remains stalled in Congress that would make massive investments in clean energy.

Carrie Jenks, executive director of Harvard University’s Environmental and Energy Law Program, said that didn’t mean the EPA rule had to deliver all of Biden’s climate commitments on its own.

“I think there’s no doubt that if Congress were to act on a comprehensive policy, it gives more certainty to where we’re going. But I don’t think the power sector’s trajectory is entirely built on a 111 rule from EPA,” she said, referring to the section of the Clean Air Act the rule is written under.

“We’re seeing that sector already transitioning,” she added. “Technologies are advancing. So I don’t think we have to hang our hat just on one component of the administration’s plan.”