Why is the House taking so long to undo Trump methane rule? 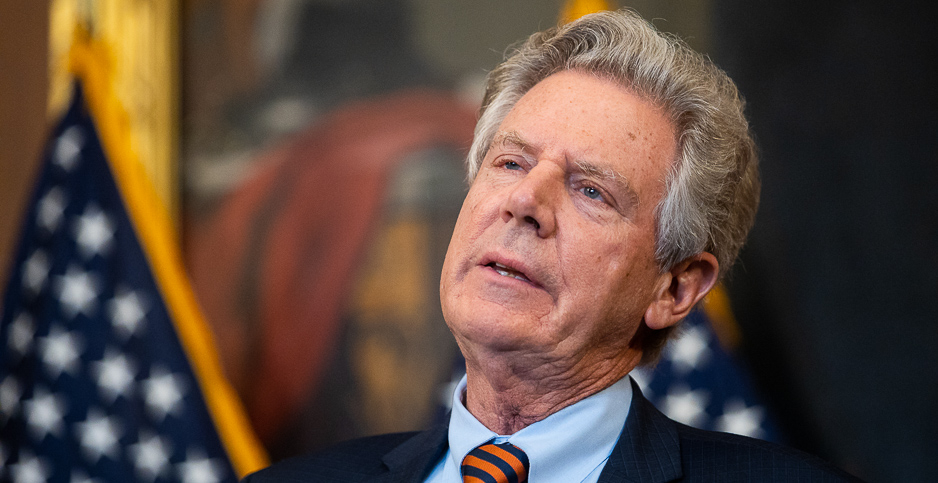 House Democrats intend to clear for President Biden’s signature a resolution to curb methane emissions, which environmentalists say will constitute the most consequential congressional action to combat climate change in a decade.

But those hoping for quick action might be disappointed — a final vote could be weeks away, at the earliest.

At the instruction of the Biden EPA, House Democratic leaders are preparing for the House Energy and Commerce Committee to consider and debate the resolution before it comes to the House floor for a vote, adding steps to a process that advocates had originally thought would be more expeditious.

This strategy, a House Democratic leadership aide confirmed, is designed to shield the resolution from being used as the basis for litigation in the courts.

The Senate passed the measure at the end of April under the Congressional Review Act, a fast-track tool that allows Congress and the White House to kill a rule that has been finalized in roughly the last six months rather than force a new administration to pursue a lengthy rulemaking process.

While the Senate had to act within a certain time frame, there is no deadline for the House to take the resolution up.

This particular CRA resolution would reinstate methane emissions limits set during the Obama administration, reversing a Trump-era rollback that eliminated the direct regulation of a powerful gas that contributes to global warming.

Still, the Biden administration is widely seen as being fairly cautious. Neither EPA nor the White House responded to requests for comment yesterday, nor did the majority staff for the Energy and Commerce Committee.

Common perception is that the CRA "salts the earth" for any future regulations when a previous version of the rule has been repealed using the law. But the language in the law is vague, and the matter has never been tested in court, so confusion abounds.

Last week, Rep. Diana DeGette (D-Colo.), the resolution’s lead sponsor in the House and a senior member of the Energy and Commerce Committee, conceded to being confounded by the strategy.

"I think [Energy and Commerce] Chairman [Frank] Pallone [D-N.J.] wants to do a markup of my bill in committee, and then I don’t know what’s going to happen," she told E&E News. "We’re talking to him right now about what their thinking is."

Ultimately, Democrats are opting to essentially slow-walk taking a victory lap on an environmental achievement to establish a legislative record that would guard against a worst-case scenario that may not ever come to pass.

Jonathan Adler, a professor at Case Western Reserve University, said that although he thought this route was "unusual and potentially unnecessary, it’s understandable" Democrats would want to take every precaution.

"I could see justifying the hearing on the grounds it’s an opportunity to protect against" the concern that the CRA resolution could constrain future regulatory efforts, he continued.

Dan Grossman, a director with the Environmental Defense Fund, said in an email that a hearing "gives members the opportunity to make clear the importance and effects of the resolution and also the importance of methane mitigation and the Biden administration’s broader efforts to combat climate change."

Yet environmentalists are eager, even impatient, to see the resolution advanced so EPA can enact stricter methane regulations. The agency has said it aims to propose a new rule by September.

Amit Narang, an analyst at Public Citizen, is concerned about a delay in the House. The Senate acted swiftly just under a month ago, debating the resolution on the floor over the course of a few hours before voting on adoption, 52-42.

"One of the advantages of using the CRA is you can take a last-minute regulation off the books rather quickly rather than through the rulemaking process," Narang said, adding, "I don’t believe I’ve ever seen a hearing on a CRA resolution that has already been passed by one Chamber."

He reasoned members could simply deliver remarks on the House floor to "make it clear they don’t believe the CRA is going to foreclose any ability for the EPA to regulate methane."

‘They want to be thorough’

On Capitol Hill, some lawmakers are growing antsy, too.

"I would like to see it completed," said Sen. Angus King, a Maine independent who caucuses with Democrats and helped champion the Senate resolution.

"It’s a CRA. It’s not like something that has a dozen moving parts that all need to be debated," Sen. Sheldon Whitehouse (D-R.I.) said. "I’m hoping that they can figure out how to get it passed."

Initially, some members and advocates speculated that the drawn-out process was designed to buy Democratic leadership time to come up with the votes in a narrowly divided House, though there was no indication as of yesterday that this was the case.

While only three Republicans voted for the resolution in the Senate, more GOP lawmakers could support the measure in the House, particularly as the goal of reducing methane emissions is now one being embraced by industry giants: Royal Dutch Shell PLC, BP PLC and Equinor ASA have all backed the pending CRA resolution.

The resolution also isn’t likely to result in a drop-off in support from Democrats. The last time the House voted to limit methane emissions, just three Democrats joined with Republicans to vote against it.

One, former Rep. Collin Peterson of Minnesota, is no longer in office. The other two, Reps. Henry Cuellar of Texas and Jim Costa of California, did not respond to requests for comment through their press offices.

And while some moderate Democrats have been critical of the Biden energy agenda targeting the fossil fuel industry, it doesn’t appear that sentiment will necessarily extend to opposing the methane CRA resolution.

"Methane is a potent greenhouse gas and reducing leaks in our production and transmission infrastructure is paramount if we are going to meet our climate goals," one such Democrat, Rep. Marc Veasey of Texas, said in a statement.

"Natural Gas, much of it from Texas, has helped to reduce emissions in the power sector by displacing dirty coal, but unchecked methane emissions threaten that progress. … I will be supporting reinstating the reasonable methane reduction standards from the Obama Administration," he added.

That the administration is preparing for a potentially precedent-setting legal challenge speaks to the political polarization of the moment.

Biden and congressional Democrats are facing fierce pushback from critics who see the majority party waging a war against the fossil fuel industry.

Sen. Martin Heinrich (D-N.M.), the leader of the Senate’s effort to advance the CRA resolution on methane, said he trusted the House’s strategy to get the job done.

"What I’ve heard is there’s a fairly clear path to victory here, and they want to be thorough," he said of his counterparts in the House.

But asked about the wisdom in running the measure through a committee rather than fast-tracking it to the floor, Heinrich demurred.

"That’s not a question for a senator," he said with a laugh. "That’s a House leadership question."