Why the Russia crisis matters for U.S. energy 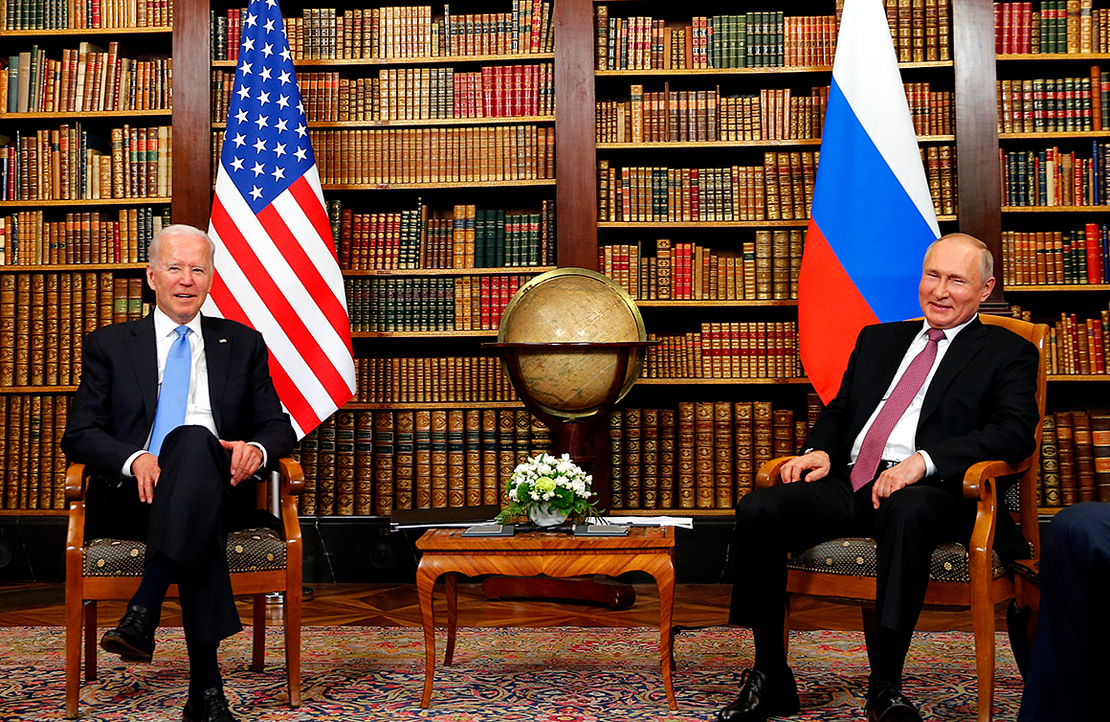 The Biden administration said yesterday that it’s working to find alternative supplies of energy for western Europe should Russia cut off the region’s flow of natural gas and oil over growing tensions surrounding Ukraine.

But the administration may have little direct influence since the market for natural gas responds mostly to prices, observers say. There are long-term policy changes by the U.S. and its allies, however, that could reduce Russia’s influence over Europe, which is already grappling with a severe energy crisis, they say.

Russia has signaled it could invade Ukraine, after forcibly annexing part of it in 2014. Russian President Vladimir Putin has used control of gas supplies as leverage to keep European countries from imposing sanctions against it. Russian gas travels to Europe through a series of pipelines, while exports from the United States and other countries have to be liquefied and transported on ships.

This winter, the Russian threat, along with reported shortfalls in renewable generation and shutdowns of nuclear plants, have sent gas and power prices soaring in Europe.

Russia reduced its gas exports to Europe 25 percent in the fourth quarter of 2021 compared with the same period in 2020, according to Fatih Birol, executive director with the International Energy Agency, in a LinkedIn post earlier this month.

“We see strong elements of ‘artificial tightness’ in European gas markets, which appears to be due to the behaviour of Russia’s state-controlled gas supplier,” Birol wrote in the post.

U.S. export terminals are running at full capacity, touching roughly 13 billion cubic feet per day, and most exports — 45 out of 75 cargoes this month — are going to European ports, according to the Center for Liquefied Natural Gas, a committee of the Natural Gas Supply Association.

That’s all happened without any prodding from the U.S. government. In some cases, Asian customers who have long-term contracts to buy U.S. gas exports have turned around and sold the fuel to Europe, according to the trade group. “It’s based off market signals,” Katie Ehly, senior policy director at the Center for LNG, said in an interview.

Once prices fall in their normal range, Russian gas will have an advantage over U.S. exports because it’s cheaper to transport by pipeline than ship.

The Biden administration has not said in detail which countries or companies it has approached about providing more natural gas to Europe. Yesterday, White House press secretary Jen Psaki acknowledged that it will be hard to reroute supplies.

“There’s no question there are logistical challenges,” Psaki said, later adding, “That’s part of our discussion with a lot of these companies and countries, but again, these conversations are ongoing, and we don’t intend to fail on them.”

Biden is hosting the ruling emir of Qatar — one of the world’s largest suppliers of liquefied natural gas — at the White House on Monday. Psaki said this week President Biden and Sheikh Tamim bin Hamad Al Thani planned to discuss the stability of global energy supplies, among other topics.

Paul Bledsoe, a strategic adviser for the Progressive Policy Institute (PPI), said “it’s about time that the U.S., Europe and our allies reduced Europe’s malign addiction to Russian gas, which is funding Putin’s militarism and attempts to undermine democracies around the world.”

“The EU should prioritize LNG port construction, access, and related infrastructure to spur a competition toward super-low emitting gas, and to displace Russian gas,” Bledsoe said in a PPI report issued last month, in addition to other recommendations.

‘Energy as a weapon’

Separately, Deputy Secretary of State Wendy Sherman said yesterday the United States is “in intensive discussions with European capitals to ensure an energy supply for Europe if indeed Russia uses energy as a weapon,” but she also noted that there are risks to Russia, too.

“They [Russia] need to sell energy,” said Sherman, appearing virtually at a Yalta European Strategy (YES) event. Founded in 2004, YES is a “leading forum for discussing Ukraine’s European future and global context,” according to its website.

At the same time, Europe needs to diversify its energy mix, IEA’s Birol wrote. “Much stronger investment in low-carbon energy technologies including renewables, energy efficiency and nuclear power is the way out of this impasse,” Birol said in his post.

“But this needs to happen quickly or global energy markets will face a turbulent and volatile period ahead.”

The European Union has been considering a carbon tax on imports, including energy products. That proposal would put a dent in Russia’s gas imports, since its producers and pipelines are notoriously leaky.

The U.S. oil and gas industry has been promoting itself as a cleaner alternative to Russian and Middle Eastern producers. While the impact of a European carbon tax will depend on the details, it could benefit U.S. gas exporters, Ehly, at the Center for LNG, said.

“The U.S. has a very clean operating system through the value chain,” she said. “I would think that would benefit the U.S. in some ways.”