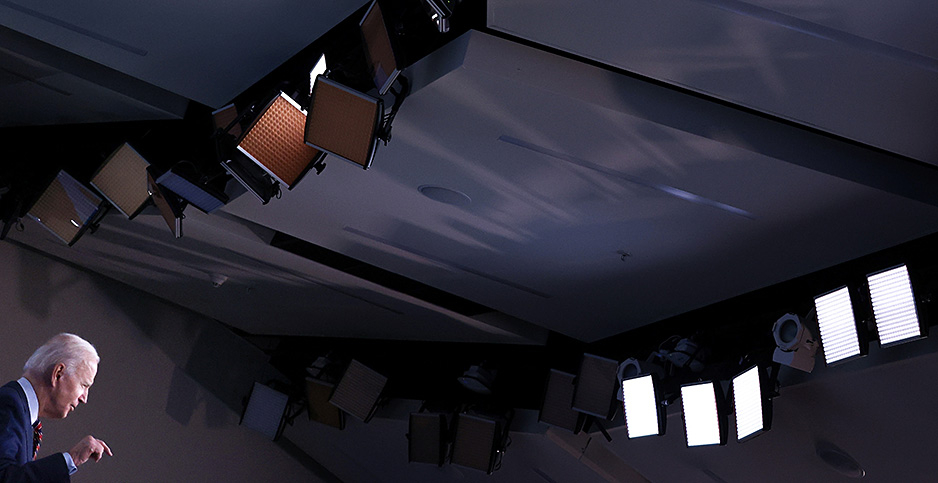 In 2015, the United States agreed to slash its greenhouse gas emissions as part of the Paris climate accord. Then it elected Donald Trump as president.

That experience raises the question of whether the U.S. can follow through on President Biden’s ambitious pledge to halve emissions in the next decade.

There are several reasons to think America is different today. Wind and solar costs continue to fall dramatically, opening the door to a greening of the power sector that once seemed unimaginable. Investors are badgering companies to decarbonize their businesses. And Biden, at the dawn of his presidency, appears poised to spend precious political capital to advance his climate agenda.

Yet other challenges remain as formidable as ever. The economic currents that have helped reduce U.S. emissions by roughly 20% over the last 15 years can only carry the country’s climate ambitions so far. The International Energy Agency reckons U.S. emissions will fall an additional 10% by 2030 if the country maintains its current course.

Congress will almost certainly have to step in to slash emissions the additional 20% needed to realize Biden’s goal. The obstacles there are daunting. Democrats cling to the narrowest possible majority in the Senate thanks to Sen. Joe Manchin, the conservative Democrat from coal-dependent West Virginia. Convincing any Republicans to sign on to major climate legislation is perhaps more difficult than ever.

"The barrier to legislation now is less about cost and opposition from the business community and more around ideological polarization," said Zeke Hausfather, who leads the climate and energy program at the Breakthrough Institute. "Climate change is an issue like abortion where one’s views are strongly associated with political identity. It’s hard to see how technology alone overcomes that."

The optimistic case for meeting Biden’s target rests on the fact that the U.S. is within striking distance of its initial Paris target: a 26% to 28% emissions reduction from 2005 levels by 2025.

Some of that success owes to luck. The shale revolution, which unlocked a torrent of natural gas, unmoored coal as the anchor of the U.S. electricity system. A recession and efficiency improvements meant projections for growing electricity demand never materialized.

Other elements were more intentional. The American Recovery and Reinvestment Act, the economic stimulus law passed in 2009, helped supercharge wind and solar development.

Taken together, those factors mean U.S. power plant emissions today are roughly half of what federal projections estimated they would be in 2005, according to a recent analysis by researchers at Lawrence Berkeley National Laboratory.

"Technology keeps developing, and you can’t unelect technology," said Michael Mehling, deputy director of the Center for Energy and Environmental Policy Research at the Massachusetts Institute of Technology. "You can’t unelect the progress on the clean energy technology that has been made.

"I’ve been following this stuff since about 2005," he continued. "It always looked daunting. We always knew the obstacles, and how big these boulders are. Some of those lines have really softened, and there has been a major evolution."

And if federal policymakers have been missing in action when it comes to climate, states, cities and businesses have not. Last week, Washington state passed a law to join California’s cap-and-trade system. New York and Massachusetts have committed to net-zero emissions, while New Mexico is attempting to eliminate CO2 pollution from power plants.

That progress has been mirrored at the international level, with a growing number of countries stepping up to increase their climate targets.

When the Paris accord was signed in 2015, there was a sense of achievement in just getting the agreement on paper, said a senior adviser to John Kerry, the special presidential envoy for climate. But there was also a recognition that real work was going to be needed to reach the accord’s goal. The commitment has only grown in the years since, the adviser said.

"While the last five years are of course disappointing about the level of global progress on climate, there is also a lot of evidence to suggest we may be on the cusp of pushing that transition faster and faster until it’s inevitable," the adviser said.

The pessimistic case comes down to how hard it will be to achieve a 50% reduction in emissions in the next nine years. Biden’s pledge represents an ambitious leap over former President Obama’s goals.

The original Paris Agreement was a success because it managed to get nearly all the world’s nations to commit to limit warming to 2 degrees Celsius, said Hausfather. But the emissions reductions pledged by most countries were in line with a 3 C rise in temperatures.

Democrats appear willing to fight for climate in a way they have not done in the past, said Alex Dewar, an analyst at the Boston Consulting Group. But unless they succeed in pushing through major legislation, the U.S. is unlikely to hit Biden’s target, he said.

"We will continue to see the additive elements — renewables, cost-competitive EVs — but we don’t see the subtractive elements. You don’t see the full phaseout of coal, the rapid scale-down of internal combustion engines. Those are the real things you need for policy to be effective," he said.

Some are doubtful the U.S. is up for the job.

Implementing an ambitious climate policy will be difficult in a country where much of the decisionmaking about energy takes place at the state and local level, said Morgan Bazilian, who leads the Payne Institute for Public Policy at the Colorado School of Mines. State utility regulators implement electricity policy. City officials hold the keys to crucial decisions about development patterns and building standards.

And if the power sector has made significant progress, other sectors of the economy will be harder.

Electric vehicles have the potential to clean up light-duty transportation, but it will take years for car owners to trade in their old gas guzzlers for cleaner alternatives. In industry, much of the technology to clean up factories, refineries and chemical plants simply doesn’t exist.

"It requires a paradigm shift," Bazilian said. "Yes, things have changed in technology and politically, but I don’t think they have changed that much."