Why Treasury is the department to watch on clean energy 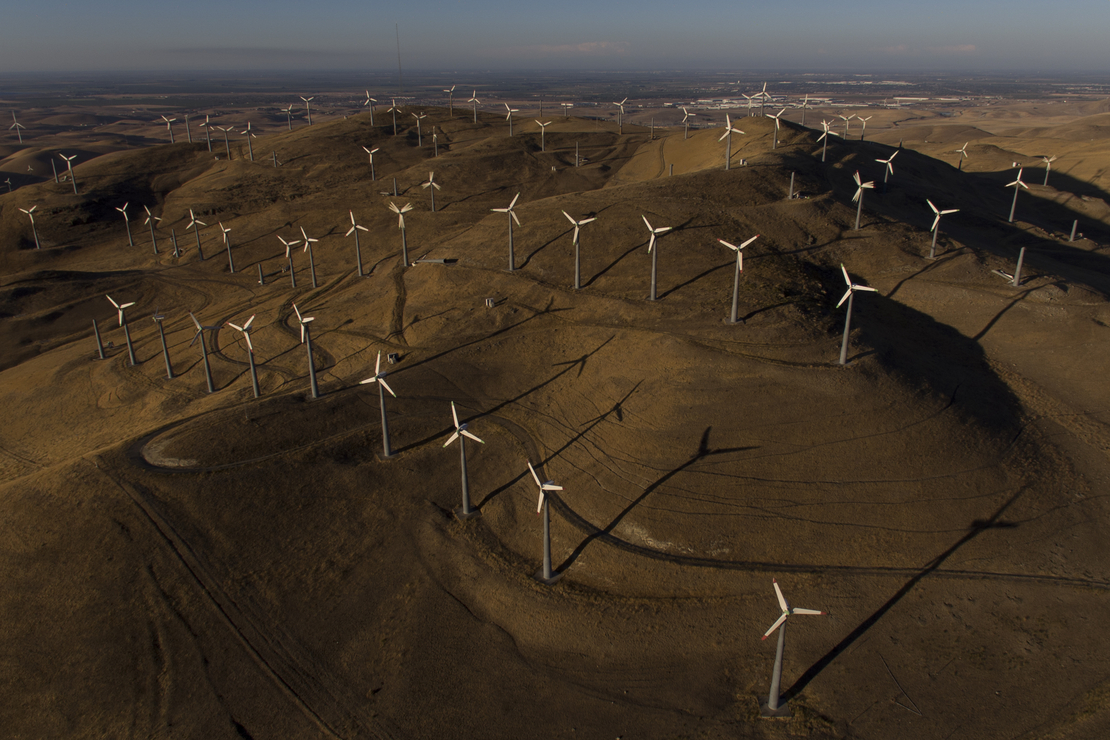 Wind turbines in Livermore, Calif. The Treasury Department is drafting guidelines that will determine who receives the tax credits for renewable energy included in a sweeping climate bill passed in August. Godofredo A. Vásquez/AP Photo

Much of the job falls to the Treasury Department, which is writing the rules that will determine how $369 billion in clean energy tax credits are parceled out. The stakes are enormous. The department’s guidance will effectively determine who gets paid and how. It’s also the first step to unleashing what the Biden administration hopes will be a wave of private sector clean energy investment.

“We think there is a great deal of capital ready to flow into the renewable sector, but all players on all sides of the transactions want to be rock solid on the benefits that they would be receiving,” said Greg Wetstone, president and CEO of the American Council on Renewable Energy. “The big investors and the others are waiting for the tax lawyers to provide assurance that this transaction will qualify under this provision. And that will not happen until they have that guidance from Treasury.”

The administration is moving quickly to try to finalize the rules. Treasury released a request for comment on six areas of the bill earlier this month, seeking input on areas that will require clarification in the tax code. Janet Yellen, the Treasury secretary, and senior White House adviser John Podesta met Tuesday with 17 utility and labor leaders to receive feedback on the department’s guidance.

The meeting is one of six such gatherings where Yellen and other Treasury officials are planning to solicit feedback from key stakeholders on the law’s implementation. A first meeting with environmental justice advocates was held on the sidelines of the Freedman’s Bank Forum earlier this month.

Speaking to power sector leaders Tuesday, Yellen called the law “the most significant investment in clean energy in our nation’s history” and asked for input on how to implement it effectively.

“To realize the promise of this law, we are working in tandem with all of you: utilities, project developers, manufacturers, organized labor, community organizations, and other critical actors who help supply the clean power our economy and our planet need,” Yellen said, according to her prepared remarks from the gathering. “We’d like to hear from you about how our guidance can help provide further certainty so that investments can move forward and our economy can realize the benefits as quickly as possible.”

Writing regulations to enact new legislation is a feature of most recently passed laws. The process is, almost by definition, time consuming and complex. But even by that standard, writing rules for the Inflation Reduction Act, as the climate law is known, is exceedingly hard. There are two primary reasons.

First, the law represents a dramatic expansion of America’s attempt to green the country’s economy. Wind, solar and electric vehicles were once among the chief beneficiaries of clean energy tax credits. Now, energy sources as diverse as nuclear, hydrogen and sustainable jet fuel will also be able to qualify for federal money.

Second, it overhauls the government’s approach to clean energy subsidies. Where renewable developers once received a flat rate, the incentives are now on a sliding scale. Companies that pay prevailing wage, use domestically produced components and site projects in fossil fuel communities will receive higher payments.

But all that needs to be defined by Treasury, which has made the department’s rulemaking process a top priority for energy companies, environmentalists and administration officials.

But the process of complying with that test and producing adequate documentation needs to be defined by Treasury, said Timothy Urban, a tax expert who represents energy companies at Bracewell LLP. Treasury will need to coordinate with the Department of Energy to help define that process.

“It is an incredibly complicated bill that puts a lot of new tests on taxpayers they’ve never had to do before,” Urban said. ”On the other hand, for sophisticated taxpayers who can master the fine print, there is a bonanza that could revolutionize the energy transition.”

Many industry representatives and environmental groups have focused their attention on bonuses, as that represents a new take on the government’s approach to tax incentives. In the new regime, developers receive a base credit, which increases as soon as a company pays prevailing wage. Additional bonuses for using domestic content and building in energy communities are layered on top of that.

But what constitutes domestic content or an “energy community” are open questions. In the case of domestic content, the law requires that all the steel or iron used as construction material, like rebar, is made in the United States. But a different test is used for manufactured components. In that instance, at least 20 percent of manufactured parts for offshore wind farms need to be made domestically, while 40 percent of components needed for onshore projects need to be built in the United States.

Yet ambiguity lingers. One industry representative pointed to the example of the monopiles used in offshore wind projects. Monopiles are essentially foundations, connecting an offshore wind turbine to the ocean floor. They are almost completely made of steel and manufactured abroad. But whether a monopile is considered a construction material or a manufactured component is unclear. Treasury will need to define that.

“The majority of the climate investments flow through the tax code,” said Sam Ricketts, co-director of Evergreen Action, an advocacy group that has championed the law. “That makes the implementation of these incentives vitally important.”

He applauded the Biden administration’s efforts to move quickly on the guidance, adding, “Speed and efficiency and getting this thing out the door is going to be critical.”