Why utilities are lining up behind the climate bill 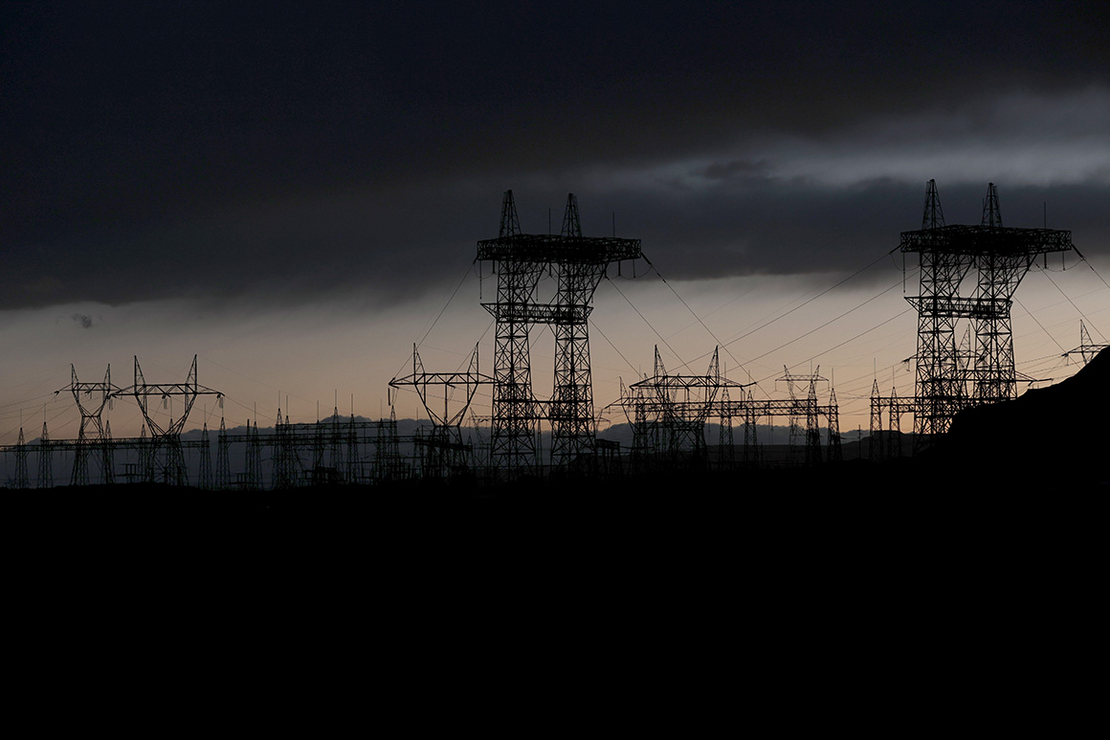 A growing number of power companies are lining up in support of the largest climate bill in American history, arguing its array of tax credits will speed the deployment of clean electricity and lower the cost of the energy transition.

The support provides a political boost to the “Inflation Reduction Act” as Democrats seek to shepherd the bill through a narrowly divided Congress. It also highlights how Democratic lawmakers have shifted their approach to win support for the legislation. While the proposal would dole out billions of dollars in subsidies for technologies ranging from wind and solar to carbon capture and sequestration, Democrats have dropped the penalties they previously considered for utilities that do not clean up their businesses.

The shift has helped win over previously skeptical companies like Arizona Public Service, which came out against the Clean Electricity Performance Program (CEPP) last year over the penalties included in the proposal (Climatewire, Sept. 30, 2021).

“I think we view generally the IRA process as being helpful from a customer affordability perspective because it would really help reduce the cost for us to continue to move ahead with the deployment of the clean technology and take advantage of some of the different tax credits,” said Arizona Public Service CEO Jeffrey Guldner.

Guldner’s comment comes as Democrats work to woo Sen. Kyrsten Sinema, the Arizona Democrat whose vote will likely determine whether the bill moves forward in an evenly divided Senate. Sinema has also been subject to a pressure campaign from Republicans and some business interests to vote against the bill. A pamphlet distributed by the Arizona Chamber of Commerce argues the legislation would stymie renewable development in the state by imposing higher taxes on companies. The chamber did not respond to a request for comment.

Guldner took the opposite view in a call with financial analysts. The CEO of one of Arizona’s largest power companies called a provision in the bill making solar eligible for the production tax credit “very helpful” and said the legislation would open the door for utilities to own and contract for renewable projects.

Guldner’s sentiment has been echoed by utility executives in recent days. American Electric Power Co. (AEP) called the “Inflation Reduction Act” “a promising step to further reducing carbon emissions while ensuring our customers’ energy needs are met.” That marked a shift for the Ohio-based utility, which quietly lobbied against the CEPP last year (Climatewire, Sept. 15, 2021).

“The tax savings included in the bill are passed along to customers, helping to lower the costs of the clean energy transition,” the company said in a statement.

Maria Pope, the CEO of Portland General Electric Co., said the legislation would pave the way for “significant growth in renewables.”

“This bill will help us reduce greenhouse gas emissions, create good-paying clean energy and manufacturing jobs and increase domestic energy security all while maintaining reliable, affordable power,” she said in a statement.

Not everyone in the industry is pleased with the deal. The Electric Power Supply Association, a trade group that represents power plant owners operating in competitive wholesale markets, said it supported expansion of the tax credits available to carbon capture projects. But it questioned the need to provide a tax credit to nuclear facilities, as well as wind and solar.

Renewables are already mature technology, while some nuclear facilities are profitable and others already receive state subsidies, EPSA CEO Todd Snitchler said in a statement.

“We will continue to work … with policymakers to support technology neutral policies that will help ensure reliability of the system and enable competition to mitigate consumer and taxpayer costs as we continue the energy transition,” Snitchler said.

The Edison Electric Institute, a trade group representing investor-owned utilities, expressed support for the deal after it was announced last week. In a statement, EEI President Tom Kuhn noted the organization has long supported policies driving the development of carbon-free technologies.

“We are pleased that the proposed legislation includes a robust clean energy tax package that will provide significant long-term benefits to the customers and communities that we serve,” he said.

The positive response from many power companies owes in large part to the way renewable tax credits are paid out today.

Currently, many utilities sign contracts with renewable developers rather than building wind and solar projects themselves, industry analysts said. That is because it is difficult for them to fully recoup the value of the tax credits available to wind and solar.

The “Inflation Reduction Act” would open the door to utility-owned renewable projects in two ways.

First, it would add another tax credit option for solar projects. The sector currently uses an investment tax credit that is paid out over the course of a project’s lifetime, which can last two or three decades. That makes it less attractive to utilities looking to offset a project’s upfront costs.

But solar would also qualify for the production tax credit under the “Inflation Reduction Act.” That subsidy has historically been available to wind and is paid out on a 10-year basis, said Harrison Fell, a researcher who studies the power sector at Columbia University’s Center on Global Energy Policy.

“This should allow the utilities to more actively develop some of these projects. I think the hope there is that it serves as a springboard for those in the South and those in the West to get on board,” Fell said. “The South in particular has no wind availability. Solar is where you get renewable generation. Getting them off the sideline and into the development space should be very beneficial here.”

Another provision in the bill would allow companies to transfer tax credits to a third party, effectively enabling utilities to bypass tax equity markets to utilize the subsidies. Today, many renewable developers partner with banks, which use their tax equity to realize the full value of the credits. But partnering with financial institutions has downsides for power companies.

The partnerships between developer and bank are exceedingly complicated and costly to execute, and they often come with a series of requirements over when a project is run and when it can be shut down. Those conditions have made such partnerships less attractive to many utilities.

Many utilities had pushed to make the credits payable directly but ran into opposition from Sen. Joe Manchin (D-W.Va.). Ultimately, a compromise was struck, providing direct pay to tax-exempt entities like tribes and municipal utilities, while others would be able to transfer the credits. Several utility executives professed themselves pleased with the deal.

“The idea of the transferability of tax credits, basically creating a market, I think is actually a superior solution than direct pay,” Gale Klappa, executive chair of the Wisconsin-based WEC Energy Group Inc., told financial analysts this week. “It’s much simpler … we don’t need tax equity, but it gets rid of a tax equity structure that’s complicated and time consuming. This is actually a pretty ingenious approach in terms of the transferability of tax credits in the bill.”

Andrew Marsh, chief financial officer at Entergy Corp., a Louisiana-based utility, said the changes in the bill would ease “friction” with tax equity markets, spur new investment, and benefit customers, who stand to gain from the operational improvements and increased flexibility that come with utility-owned renewable projects.

“There’s a lot of benefits associated with utility ownership that are harder whenever we were structurally disadvantaged before,” Marsh told financial analysts yesterday. “But now, the customers will get the full benefits of those things. So we think that will be accruing to customers over the long term.”

One of the biggest beneficiaries of the bill would be nonprofit power companies like the Salt River Project, which serves 1 million electricity customers in Arizona. The Tempe-based power company is the type of utility that could not directly claim the tax credits for wind and solar in the past. Under the “Inflation Reduction Act,” nonprofits like the Salt River Project would qualify for direct pay.

Erica Roelfs, an SRP spokesperson, said the company is still reviewing the direct provisions but believes they could benefit its customers. “SRP is generally supportive of provisions in the bill which could reduce costs for customers as we make the transition to more sustainable resources,” she wrote in an email.

The potential downside to the bill’s approach is that it includes no requirements for power companies to reduce emissions or achieve a percentage of zero-emissions generation, said Fell, the Columbia University researcher. That leaves the decarbonization of the power sector largely at the whims of economic factors. Supply chain disruptions, declines in natural gas prices, or state political dynamics could all disrupt the adoption of clean electricity technologies, he said.

“The hope is that the incentives are sufficiently good that we’re going to get broad participation across the country. I think that is not a given,” Fell said.

Yet the reliance on the tax incentives has other benefits for decarbonization, he said. Republicans are much less likely to repeal the subsidies should they assume power in future years, as they would likely face significant opposition from their local utilities.

There’s also political reality to consider. With Democrats clinging to the slimmest possible margin in the Senate, any climate legislation must be able to win the support of a coal state lawmaker like Manchin and a fiscal moderate like Sinema.

“We haven’t had any better options at the federal level,” Fell said.