Wife — and superior — of ousted Yosemite leader steps down 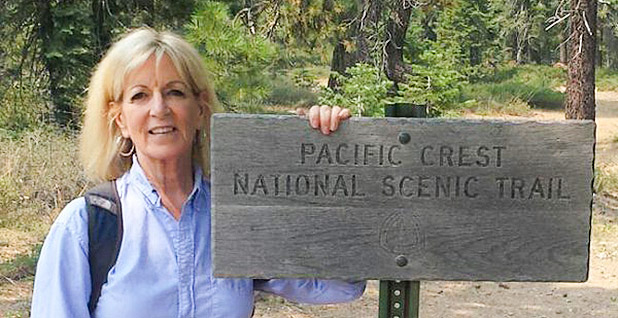 National Park Service Deputy Regional Director Patty Neubacher will retire after allegations that she protected her husband from mismanagement charges at Yosemite. Photo courtesy of NPS.

The wife of outgoing Yosemite Superintendent Don Neubacher will soon retire from a top position at the National Park Service.

Patty Neubacher has worked for NPS for 33 years, serving in recent years as a deputy regional director in the agency’s Pacific West Region. That position gave her oversight over 56 national parks — including Yosemite, which her husband had led since 2010.

Lawmakers have questioned whether her role was a conflict of interest amid allegations that Don Neubacher created a hostile work environment at Yosemite. Don Neubacher announced last week that he would step down and retire (Greenwire, Sept. 30).

In an email Sunday to NPS staff, Patty Neubacher announced she would retire Nov. 1 "with much sadness but with a heart full of gratitude." She also alluded to the controversy that has led the couple to leave NPS.

"This is not the timing that I’d ever envisioned for retiring, but sometimes life takes an abrupt turn," she wrote. "And, so it is for me."

Her comments were backed up by an NPS internal investigation that included interviews with 20 Yosemite employees who similarly criticized Neubacher. The Interior Department’s inspector general is now investigating "pervasive management issues" at the park (E&E Daily, Sept. 23).

At last month’s hearing, Oversight and Government Reform Chairman Jason Chaffetz (R-Utah) sharply questioned an NPS official on employees’ fear of complaining about Don Neubacher to the regional office because of his wife’s position there.

"You have somebody who’s essentially empowered and protected by his wife. I mean, people are afraid of actually coming forward and filing a complaint. One of the complaints is that the complaints get back to the superintendent," Chaffetz said. "When your chain of command and your ability to tell supervisors is impeded by the fact that they’re husband and wife — how do you let that happen?"

Both Neubachers are longtime employees of NPS. In her email, which she addressed to "fellow travelers," Patty Neubacher wrote that it was a "great privilege and honor with you for the last 33+ years."

"From the moment I arrived as a summer intern from my MBA program, I have appreciated your support, your patience, your kindness, your intelligence, and, perhaps most importantly, your good humor," she wrote. "I’ve accumulated a lifetime of wonderful memories working with you and I am forever grateful."