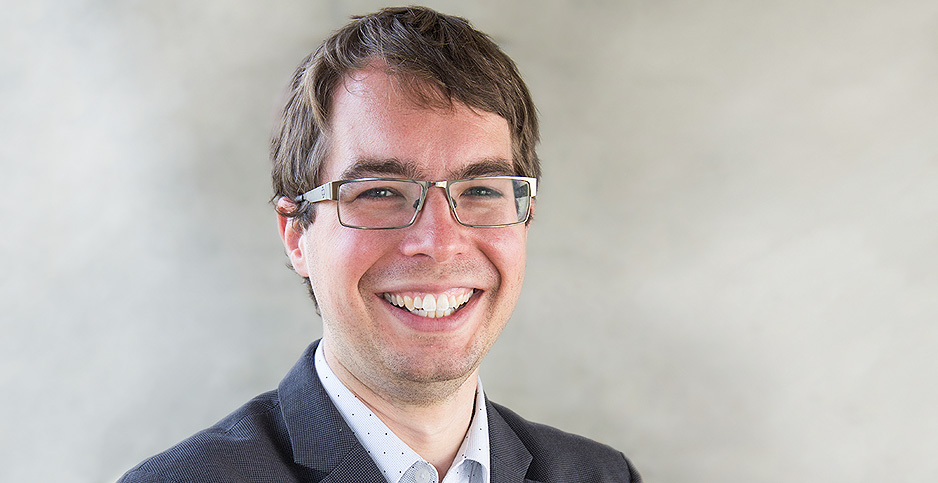 Eric Kennedy, a professor at York University in Canada, is one of the world's leading experts on wildfires at 28 years old. Eric Kennedy

When Trump tweeted earlier this month that "bad environmental laws" and poor water management were exacerbating California’s historic fires, Kennedy, a leading expert on wildfire management at just 28 years old, was outraged. So the Canadian scientist corrected the president of the United States on basic science.

"As a professor who specializes in wildfire management, there are a lot of things that are broken about how we prepare for & fight wildfires … but it’s near impossible to overstate how ridiculous this comment is," Kennedy wrote.

His tweet was liked more than 1,000 times and was cited in news stories parsing the president’s claims.

"As a researcher, it’s important for me to be able to have impact outside of the academy, and have impact beyond just the research that I do," the soft-spoken professor at Toronto’s York University said in an interview. "So it’s exciting when I have a chance to speak with larger audiences, although as wildfire researchers, we’re also very used to sporadic attention on wildfire."

Kennedy’s a Toronto native. He graduated from the University of Waterloo in Ontario before obtaining a master’s and doctorate from Arizona State University. A former volunteer emergency medical responder and a politics buff, he’s passionate about helping governments manage disasters, emergencies and natural hazards.

He spoke with E&E News by telephone this week while on a business trip in Canberra, Australia. He agreed to dissect the various claims in Trump’s tweets and the larger issues at play with wildfire management, from climate change to endangered species.

Are we living through a time of historic U.S. wildfires?

I think it’s important to remember that wildfires are a perennial feature of the landscape in the U.S., across North America and around the world. There have always been times characterized by absolutely massive fires. We can talk about the ones that are occurring right now in California, but California also has a long history. Back in 1882, I believe, there was a fire that rivaled the size of the ones we’re seeing today. So we’re definitely living through busy times now, but it’s not the first time, and it won’t be the last time.

The president has said wildfires are "not a global warming thing." Is there a connection between wildfires and climate change?

It’s a connection in both directions. So there’s the potential of climate change to affect fire regimes. And then when you have massive forest fires, they’re releasing quite a bit of smoke and carbon dioxide.

I would say that there’s a very strong consensus within the literature on the potential of climate change to affect fire regimes. Hotter and drier weather can lead to the potential for catastrophic fire days and drought. Of course, attribution is challenging on any given fire.

Trump tweeted, "California wildfires are being magnified & made so much worse by the bad environmental laws which aren’t allowing massive amounts of readily available water to be properly utilized. It is being diverted into the Pacific Ocean." Can you unpack that tweet?

One misconception would be that water is the only thing that’s used to fight fires. It really is one of many different tools that fire managers have available in their toolkit to respond to and prepare for these massive events. In fact, in many places in the world where water is not readily accessible, it’s one of the less common and less useful techniques, just because it’s really expensive and logistically complicated to haul water around. And so it’s pretty intuitive to think, "Oh, there are flames, let’s put water on them." But it’s one of many strategies available.

Also, it’s not entirely clear what the connection was because [the California Department of Forestry and Fire Protection] had been so direct in affirming that they had access to all the water they needed for firefighting.

There are a number of really nuanced conversations to have about how we trade off different environmental benefits. I’ll give you an example of this from the Canadian context. We have a number of different large mammals in flammable landscapes. And these large mammals — we’re talking moose and caribou — have different preferences with respect to fire. Some of them thrive in post-fire ecosystems. Some of them prefer more old-growth, existing forest ecosystems. When it comes to a question that seems simple on the surface — how might we manage fire for the benefit of the environment? — it actually opens up all these different questions about what kind of environment we want, with what kind of features and what kind of species.

It’s about whether we want to protect certain species because they’re vulnerable, i.e., through species protection acts and endangered species acts. So that’s one of these places where it’s really important to have these kinds of conversations on a local basis, in a way that engages a wide variety of different stakeholders, including those who have sometimes historically been marginalized. And it’s really important to be able to make these plans in advance because once the fire is rolling on the landscape, you don’t have time to talk through and deliberate about these trade-offs.

Tree clearing is a controversial element of wildfire management, and there are a number of different stakeholder groups and positions on the issue. It’s not really a question of whether cutting is good or bad. It’s about what kind of cutting, at what time, towards what end. And so fire managers and forest managers in general try to think about ways to optimize that and hopefully to get win-win solutions where multiple of those purposes can be served at the same time.

There’s been quite a bit of academic work on the question of whether logging emulates fire. And generally, the consensus position is that it doesn’t. You don’t get the same kinds of post-fire ecosystems as you do post-logging. And so many fire management folks are skeptical of the notion of using logging to replace fires and prescribed burns. But there are some of these strategic applications where you can use it as part of that toolkit we talked about before.

You corrected Trump on Twitter this month, and your tweet was liked almost 1,000 times. Was the response surprising?

It was exciting and a little bit surprising, though as wildfire researchers, we’re also very used to sporadic attention on wildfire. And it can be challenging sometimes because there’s a lot of pressure during these policy windows to talk a lot about wildfire and to make big changes to the system. But really what’s needed is a sustained, year-round effort to think about and manage these problems.

For me, it was a blending of a number of different passions. Academically, I had worked on resource management issues for quite a while. I had looked at things like fisheries management and how we govern these contested and sometimes controversial environmental issues, where there are a number of different stakeholders who all have different views on what should be done. So that was where I was sort of developing my background academically. And then I had also spent a fair bit of time as a volunteer emergency medical responder. And so the connection between those two items became stronger over time, and wildfires became an avenue of exploring the intersection of emergency management and natural resources governance.

Have you ever experienced a wildfire up close?

Fortunately, I haven’t been involved in one, in the sense of property threatened or anything like that. But I have spent a lot of time with management agencies, including out in the field. So I have had a chance to be out in fire operational command centers, out on the line with fire managers, and being able to experience them firsthand in that respect. I count myself fortunate that I haven’t had to deal with the ramifications on sort of a personal property level.