Wildfires force Biden and Trump to reckon with climate 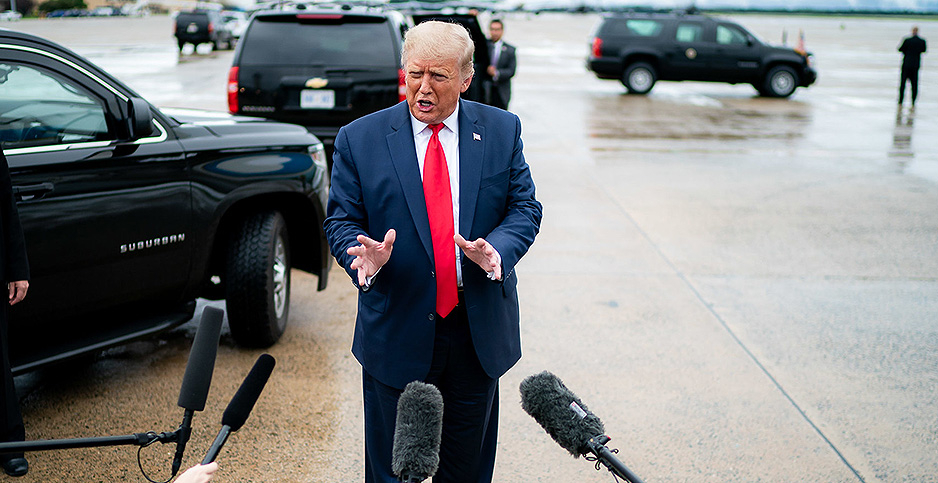 Deadly wildfires in the western United States have nudged climate change back into the arena of the 2020 presidential election.

The fires have killed more than two dozen people, forced tens of thousands to flee and painted the sky an ominous shade of orange. The carnage prompted President Trump to schedule a visit to California today. Democratic nominee Joe Biden will also speak about the wildfires this afternoon from Delaware, and he is expected to use the blazes and other extreme weather events to press the case for his climate agenda.

It’s an open question, however, how much more the two candidates have planned on the issue.

Ending a weekend campaign tour of the west, Trump’s trip includes a wildfire briefing in the Golden State. Biden hasn’t said whether he would visit the region.

His running mate, Sen. Kamala Harris of California, will return to her home state for a meeting tomorrow with emergency officials, the Biden campaign said. Yesterday, Harris released a statement calling the fires "a result of the climate crisis."

Broadly, the catastrophic fires have been slow to penetrate the presidential campaign — in large part because of the politics of the 2020 election.

None of the battleground states in this year’s contest are burning. And the climate issue carries a political risk for both Biden and Trump.

Trump scheduled his California trip after criticism that he didn’t mention the fires in public for more than three weeks.

After that, Trump went 46 public appearances without mentioning the wildfires, according to an analysis by the Democratic-aligned group Climate Power 2020.

Trump has sought recently to repair his environmental record, which could influence the race in the ecologically sensitive swing state of Florida. Polls show the public thinks Trump is bad on the climate; an August survey by the Pew Research Center found that the issue was Trump’s greatest disadvantage against Biden.

The president risks digging himself deeper by drawing attention to the fires, which follow a decade of intense warming in the region (Climatewire, Aug. 28).

Biden released a statement over the weekend arguing that the fires represent the danger of Trump’s anti-science agenda and that worsening weather would bring human and economic suffering.

"The science is clear, and deadly signs like these are unmistakable — climate change poses an imminent, existential threat to our way of life," Biden said in a statement.

"President Trump can try to deny that reality, but the facts are undeniable," Biden said. "We absolutely must act now to avoid a future defined by an unending barrage of tragedies like the one American families are enduring across the West today."

Biden has his own balancing act to perform on climate. He is courting the political left with aggressive climate investment and decarbonization goals, but he also is counting on strong backing from unions that rely on fossil fuel jobs.

Meanwhile, Trump has sought to brand all of Biden’s climate plans as a socialist extension of the Green New Deal. Trump also has tried to tie renewable energy to California’s blackouts (Climatewire, Sept. 11).

To court unions, Biden largely has avoided talking about phasing out fossil fuels — the driving force behind warming and, consequently, a contributor to the fires.

The former vice president, his campaign said, "will discuss the threat that extreme weather events pose to Americans everywhere, how they are both caused by and underscore the urgent need to tackle the climate crisis, and why we need to create good-paying, union jobs to build more resilient infrastructure."