Will Biden use the Defense Production Act to boost mining? 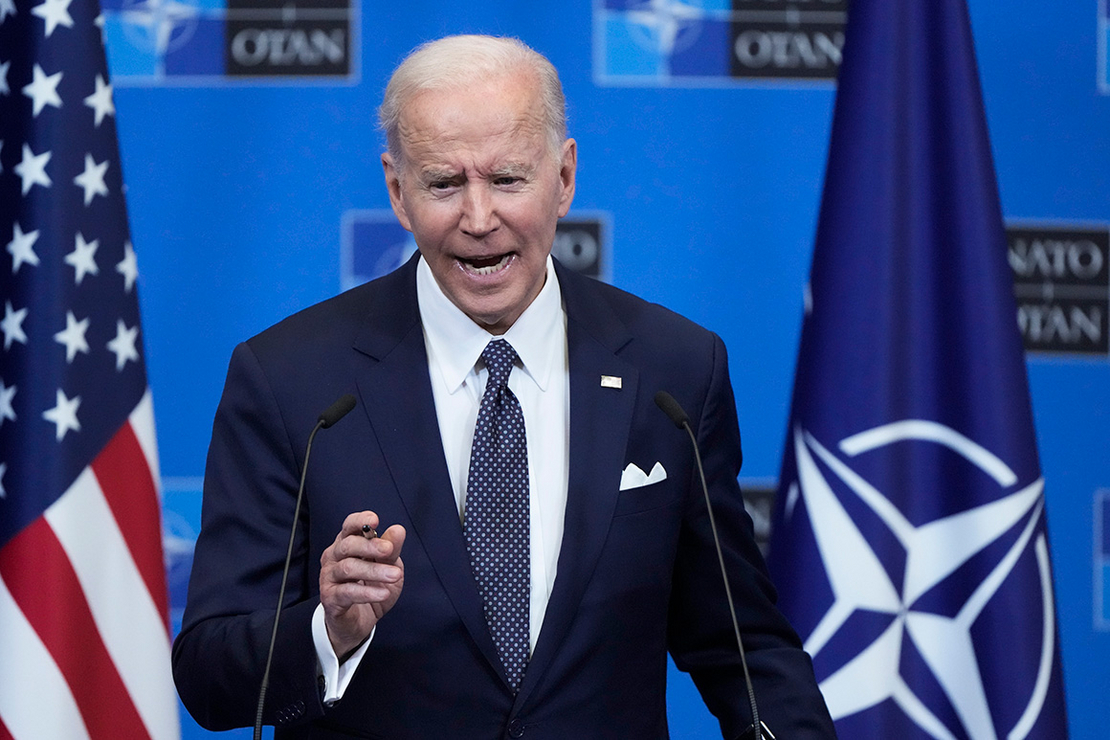 Environmentalists are growing nervous that President Biden may invoke a Cold War-era program to fund more mining at home.

On Capitol Hill, pressure has grown in recent weeks for Biden to invoke a 1950 law — the Defense Production Act — in order to address rising energy prices and inflation. Progressives asked for Biden to use the DPA to mandate more renewable energy projects, while Sen. Joe Manchin (D-W.Va.) has asked whether the law could be used to spur more oil and gas production.

But environmental advocates are particularly focused on recent evidence that the Biden administration is weighing a separate request by Manchin and some GOP lawmakers this month to invoke the 1950 program to bolster domestic mineral production and help move U.S. supply chains away from Chinese markets.

Invoking the Defense Production Act allows the president to use a wide range of authorities to prioritize the production of goods considered in the national interest. Under the Trump administration, the Defense Department began purchasing minerals key to industrial defense purchases citing the law, and Biden has used it to expedite production of medical equipment during the Covid-19 pandemic.

In this case, the argument is that domestic mining must be increased to feed a low-carbon economy due to resource constraints getting worse due to Russia’s war on Ukraine. But environmentalists want the president to remember that there will be consequences from using the law to boost mining.

A growing mining industry would likely affect front-line communities, including lands sacred to Indigenous people. Most mining takes place out West, and according to one estimate by finance company MSCI, the majority of U.S. reserves of cobalt, copper, lithium and nickel are located within 35 miles of Native American reservations.

“The conservation community is actually very concerned about what this might turn out to be,” said Kelly Fuller, energy and mining campaign director for the Western Watersheds Project.

Allowing the nation to depend on other countries for its minerals “is a growing threat to U.S. national security,” the senators wrote, “and we need to take every step to address it.”

“We stand prepared to work with you in a bipartisan manner to take on this emerging crisis. The authorities provided to you as President under the Defense Production Act will help to ensure that America’s critical mineral supply chains are strong, responsibly produced, and ethically sourced,” they wrote.

The Intercept reported yesterday that the Biden administration has begun drafting an executive order that would invoke the DPA to “ramp up” mineral production at home, and “would declare that ‘ensuring [a] robust, resilient, and sustainable domestic industrial base to meet the requirements of the clean energy economy is essential to our national security.’” The article referred to the draft as being “pre-decisional.”

A person connected to the mining industry and in touch with the Biden administration told E&E News that the letter from Murkowski and Manchin was “positively received” by the White House. While the person, who was granted anonymity because of the sensitivity of the discussions, believed the idea was “still a jump ball,” they said an “executive order” on the issue could arrive in the “next few months.”

An environmental advocate familiar with the Murkowski-Manchin request said their contacts in government “suggested it’s real enough the conservation community should express some discontent, so the president knows how we feel.”

“That suggests to me the DPA decision is real,” said the advocate, who was granted anonymity because of the sensitivity of the discussions. “It’s pre-decisional, maybe. But it’s real.”

Neither had seen a copy of the draft executive order referenced in the Intercept story.

Ashley Burke, a spokesperson for the National Mining Association, said the trade group had no “insight into the rumored executive order.”

In terms of the metals markets, the senators’ request could not have come at a more opportune time.

Metals markets saw huge price spikes last month after Ukraine was invaded by Russia, a massive resource hub. Price volatility from the fallout of the war could stall climate progress in the United States and Europe, while exacerbating inflation of consumer prices (Greenwire, Feb. 24; Greenwire, March 10).

The senators’ letter also followed a year of officials in the Biden administration raising concerns that more mining will be needed to build the cleaner-energy future that Biden promised on the campaign trail.

According to the International Energy Agency, existing mines around the world could only provide 50 percent of the lithium and cobalt that will be needed if countries rapidly convert their economies to lower-carbon technologies in line with the 2015 Paris Agreement on climate change. The same is true for copper, which would only meet 80 percent of the world’s needs.

A recent Energy Department assessment indicated support in the Biden administration for using the Defense Production Act to supply these metals for EVs and renewables.

The review, which was released in February, found that the United States has “untapped potential to support greater domestic production” for some of these materials, like lithium and rare earth minerals. The DOE assessment recommended a number of policy fixes to the problem, such as obtaining “appropriate funding” to use the Defense Production Act “to support domestic critical material supply.”

Biden has also tried to speak to concerns about mining in Indigenous communities, having pledged on the campaign trail to “restore Native lands.” He also launched a working group to hear from mining-affected communities about what changes they would like to see to existing rules and regulations on the mining industry (Energywire, Feb. 22).

Yet the president has so far disappointed many environmental activists on mining issues, from his administration’s arguing against tribes in litigation over a copper mine in Arizona to the Energy Department’s appearing to support more domestic uranium mining (Greenwire, May 21, 2021; Greenwire, March 1).

Randi Spivak, public lands program director for the Center for Biological Diversity, told E&E News that she understands how it could be “tempting” for Biden to grant this request because “Manchin in particular holds a lot of cards.” But she urged the president to remember that “the Biden administration also holds a lot of cards.”

“We trust that the Biden administration will uphold their simultaneous pledge to move to renewable energy in a way that is responsible to the environment, communities and tribes,” Spivak said.

If Biden presses ahead with an executive order expanding domestic mining through the Defense Production Act — and particularly if that order calls out the critical minerals listed in the March 11 letter — it could be widely seen as another capitulation from the administration to Manchin and Murkowski.

The two Senate swing votes have emerged over the past 14 months as wielding significant power over Biden’s environmental agenda, such as by rejecting some key Biden nominees.

At the moment, the administration has to decide how it will position itself following Manchin’s announcement that he will hold off on moving the nomination of Laura Daniel-Davis, up for assistant Interior secretary for lands and mineral management, through the Senate Energy and Natural Resources Committee — which he chairs — until he receives “clarity” on the administration’s oil and gas leasing plans.

Keeping Manchin happy could also be an advantage as the administration hopes to resume negotiations on a slimmed-down climate and social spending package, formerly known as the “Build Back Better Act.”

Meanwhile, Murkowski’s vote for Supreme Court Justice Kentaji Brown Jackson would be a major win for the Biden White House.