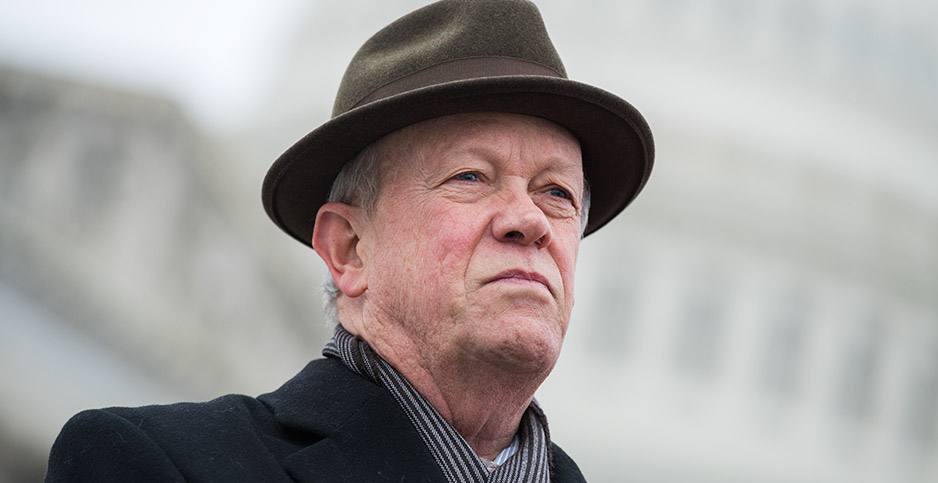 A global debate over manipulating the atmosphere to reflect sunlight away from Earth is poised to accelerate when researchers release a report warning world leaders to become more familiar with the risks and benefits of climate geoengineering.

Research being conducted by the National Academies of Sciences, Engineering and Medicine will grapple with the potential challenge of a rogue nation acting alone to address climate change by altering the composition of the atmosphere.

"Some country with large amounts of money or a collection of countries could be tempted to try to do this on short notice," explained Andrew Light, one of the leaders of the committee studying the issue.

World leaders should be prepared to respond to the activity, he said. The report is scheduled to be released later this year by the National Academies.

Researchers in the U.S. and several other countries are involved in the study to examine the possibilities of reducing or delaying the impacts of climate change through various experiments collectively referred to as geoengineering. Some would scatter aerosols or other substances in the upper atmosphere where they might shade the Earth or improve the reflectivity of clouds. Others would use chemicals or machines to cool the oceans.

One of the research committee’s concerns is that something major is missing: Scientists should have somebody overseeing their work.

"There is a lack of any international governance or national governance of any significant kind," said Light, who teaches public policy and atmospheric sciences at George Mason University in Virginia. "At this moment, they’re kind of regulating themselves."

The 14-member committee has been given a twofold task. One is to develop a research agenda for a step-by-step process to explore the potential benefits and minimize the risks of geoengineering. The other will suggest forms of governance to inform the public of its findings and establish rules and procedures to guide the scientists who may become involved in the undertaking.

The goal is to develop geoengineering as a potential backstop in case ongoing efforts to reduce the planet’s greenhouse gas emissions fall short. Light estimated that it could take as long as 15 or 20 years to develop and test safe techniques for shading a region of Earth from global warning.

In the meantime, the possibility of rogue or unguided experiments could arise "in a couple of years," he said, posing a danger of unintended, or even unknown, effects. That could create political shocks that could bring the more deliberate research process to a premature halt.

"So every government should be prepared for this as a possibility," Light added, recalling the international uproar that arose in 2012 when an American businessman encouraged a tribe of Indians in British Columbia to dump tons of iron filings into the northern Pacific Ocean in an attempt to stimulate the area’s salmon population.

One of the many "knowledge gaps" that the committee has been assigned to fill is basic: How many nations are involved in "climate intervention strategies" to cool the Earth? So far it has learned that China and several European countries have research underway. Australia is also studying how to shade its Great Barrier Reef and prevent a major die-off of corals as ocean temperatures rise. It describes the reef as "the world’s largest living structure."

Two forms of research are underway in the United States. One is the National Academies panel itself, which is funded by the departments of Energy and Commerce, NASA, and a group of private philanthropies. It has met eight times since April 2019.

The other is a Harvard University-sponsored project called the "Stratospheric Controlled Perturbation Experiment" (SCoPEx). Two members of the Harvard project testified before the committee of researchers with the National Academies in the past year.

The Harvard project, which is funded in part by a group of outside philanthropies, proposes a small-scale atmospheric test using a propeller-driven balloon. It would ascend to a height of 12 miles over New Mexico and release less than 2.2 pounds of calcium carbonate.

The idea is to create a tubular area in the sky — about six-tenths of a mile long and 109 yards in diameter — through which the sensor-packed balloon could be steered back and forth, mixing the air and measuring the solar-reflecting abilities of the scattered materials. It also would track the impact of the treated area on the surrounding atmosphere (Climatewire, Jan. 23).

Harvard has appointed an outside group to help govern its research, but so far SCoPEx has not announced a launch date. The university’s effort has "no connection" with the National Academies’ study, Light pointed out.

The committee is divided into two panels. One is made up of scientists from different disciplines and is focused on the research agenda. A second — composed of public policy experts, lawyers and a philosopher — is looking at ways to govern the research without distracting scientists from the innovations they will need to solve some very difficult scientific and political issues.

Janos Pasztor, a former United Nations assistant secretary-general for climate change, warned the committee that both problems will be difficult. In an interview, Pasztor explained that while some scientists are confident they can shade the Earth with aerosols delivered by aircraft, it could take 10 to 15 years to develop a plan and then maybe 10 more years to see whether it works.

By then the climate will have warmed, and it may be hard to predict exactly what the impacts might be. "Of course it’s good to know that the temperatures could come down, but given the variability of the weather, it would also be useful to know what the resulting climate would be like in New York or New Guinea or in Beijing, right?" he said.

Pasztor stressed that although research will be important, the main focus globally should be on steadily reducing emissions of greenhouse gases.

Three climate experts from developing countries also gave the National Academies committee some memorable impressions of the political problems that may arise from various experiments. In a webinar, committee members questioned the experts about how they might handle four scenarios.

In one, the witnesses were asked what would happen if a developed country, like the U.S., unilaterally decided to move ahead with a large solar geoengineering experiment in the atmosphere. One witness said that without some international feedback, a unilateral effort could lead a large nation down a "slippery slope" toward deployment.

In a second scenario, occurring in the late 2020s, a small island nation decides to try to change the reflectivity of nearby clouds to cool the ocean and help slow sea-level rise. Would it create storms during tourism season, one witness asked. What would neighboring islands say, another wondered. Would the cooling experiment last longer than the policymaker’s term of office, asked a third.

In a third scenario, somewhere in the 2030s, a large developing country like China tells international bodies that it is about to start a solar shading experiment to end a three-year drought. "If I were China, for example, and I did not consider Japan or Korea, I would be in a bit of a soup," said one witness.

In a fourth scenario, there is an international attempt at solar shading. There would have to be protocols to assign liability for resulting damages and transparency to make it clear who was running the experiment, said one witness. To answer these questions, another said, "we have to go way beyond the scientific community, and that makes it incredibly complicated."

In another session, Steve Rayner, an Oxford University anthropologist and author of a four-volume work titled "Human Choice and Climate Change," noted there has been little progress toward getting government approval for atmospheric aerosol experiments. "The reality seems to be little policymaker demand for this. It’s like inviting in Dr. Strangelove or Mr. Scrooge." (Rayner died in January.)

One U.S. policymaker whose legislation helped create the National Academies’ committee and who is promoting more research into the potential gains and drawbacks of solar engineering is Rep. Jerry McNerney, a California Democrat. Armed with a Ph.D. in mathematics and experience running a wind turbine company, he can hold his own in climate science and engineering debates as a member of the House Science, Space and Technology Committee.

He is well aware that the committee is dealing with a controversial subject.

"Obviously we need to reduce climate-changing emissions as soon as possible," McNerney explained in an interview. "There is no other choice. We have to do that. But we’re also going to have to develop climate intervention strategies to deal with major and potentially catastrophic climate changes. That’s where I am."