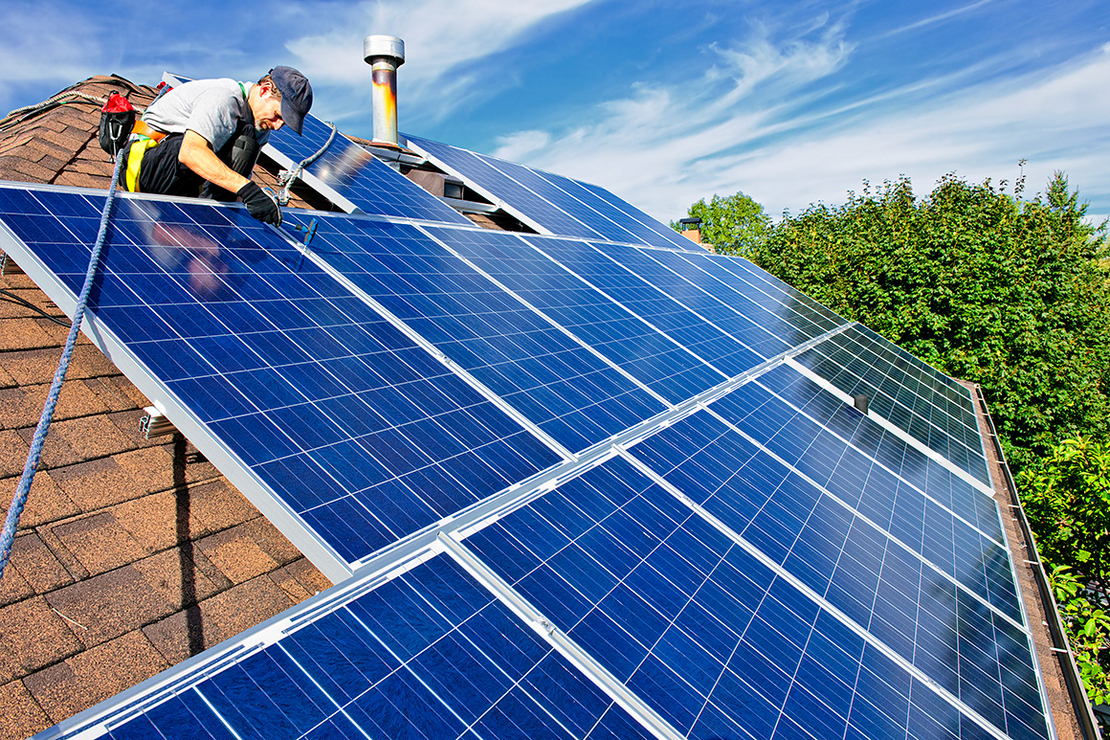 Wisconsin regulators on Thursday approved a petition by national solar advocacy group Vote Solar that sought to clarify that third-party-owned solar energy systems are not public utilities as defined by state law. Elenathewise/iStock

The Public Service Commission ruled 2-1 that a solar installer shouldn’t be considered a public utility if it owns solar panels on a Stevens Point, Wis., home and sells power to the family of four that lives there.

But in taking a position in a long-running dispute between utilities and the solar industry, the PSC prompts a new question: Does the ruling apply narrowly to just one home in central Wisconsin, or does it open the market for third-party-owned solar across the state?

While the issue may ultimately be decided by the Wisconsin Legislature or — as in neighboring Iowa — by the courts, Thursday’s PSC ruling represents a solar industry win. Utilities argue that third-party financed rooftop solar systems meet the definition of public utilities under state law and would infringe on their monopoly service areas.

“I think this was a victory for common sense,” said Will Kenworthy, Midwest regulatory director for Vote Solar, the national advocacy group that brought the petition.

Vote Solar said the upfront cost of rooftop solar systems is a barrier to consumers’ ability to unlock energy savings. Third-party ownership, where the installer or another party owns the solar equipment and leases it or sells the energy it produces to a homeowner or business for monthly payments, is an option in more than two dozen states.

The business model is credited with helping the industry take off in states like California. And the Solar Energy Industries Association says 83 percent of residential solar systems in New Jersey are owned by third parties.

Kenworthy called the notion that a rooftop solar system on a residential rooftop would be defined as a public utility “preposterous.”

But as far as applicability of the Wisconsin commission’s ruling beyond one project in the central part of the state, that remains unclear. “I’m hesitant to declare the door is open for everyone in Wisconsin,” Kenworthy said.

Bill Skewes, head of the Wisconsin Utilities Association, said the ruling isn’t the outcome sought by the group, which urged the PSC to deny the petition.

While the PSC’s ruling is limited in scope to a single project, “our concern is that it may open the door to a wider effort to erode the regulatory compact,” Skewes said in an email. “It’s that wider effort that causes us concern for our customers who will lack the consumer protections afforded by the regulated system we have today.”

The association and other opponents said the issue at the heart of the case is ultimately one that should be decided by the Legislature. It’s a view shared by Commissioner Ellen Nowak, who cast the lone “no” vote.

Nowak argued the issue was neither ripe for decision nor was it one that should be decided by the PSC, which was overstepping its authority by setting policy with the ruling.

“The commission should see this request for what it is: a request to change the law, change the regulation of utilities in Wisconsin that has existed for over 100 years and engage in improper rulemaking,” she said during Thursday’s meeting.

Thursday was not the first time the PSC has ruled on a petition seeking a ruling to validate third-party owned solar.

In both instances, the commission declined to open a case, saying the issue involved broad “public policy considerations” better addressed by the Legislature.

Nowak was chair of the commission for the 2017 case and a PSC member for the Sunrun decision. She noted during Thursday’s PSC meeting that legislation has been filed to provide the solar industry the clarity it seeks. But lawmakers haven’t passed a bill or even conducted a hearing on the proposed legislation.

Nowak, appointed by former Republican Gov. Scott Walker, had suggested earlier in the year that the PSC’s majority, appointed by Democratic Gov. Tony Evers, was fast-tracking the third-party solar case in the event Evers lost his reelection bid.

Evers was reelected this year, but a loss would have allowed his Republican challenger an opportunity to replace Commissioner Tyler Huebner, who has yet to be confirmed by the Republican-controlled Wisconsin Senate.

Regardless of where the dispute goes after Thursday’s ruling, there’s little argument that at stake is the future growth of the rooftop solar market in Wisconsin. That market, according to the solar industry, has been constrained by ambiguity over whether third-party owned projects are allowed.

According to data collected by the North Carolina Clean Energy Technology Center at North Carolina State University, at least 29 states as well as Washington, D.C., and Puerto Rico, allow third-party solar power purchase agreements, while a half-dozen other states disallow or restrict such arrangements. In others, including Wisconsin, the legality of third-party ownership remains unclear.

The case decided Thursday is one of two that were pending at the PSC. A decision in the other case, brought by the Midwest Renewable Energy Association, is expected by the end of the year.

Brad Klein, a senior attorney at the Environmental Law & Policy Center, which represented Vote Solar in the case, said the PSC’s ruling is narrow in its scope but nonetheless has broader importance.

“The commission’s decision today applies Wisconsin law to a specific project. It doesn’t apply the law to any other project,” Klein said in an interview. “But the statute itself, and then the Wisconsin Supreme Court’s interpretation of that statute — those apply to everybody generally, and this helps clarify the meaning of those laws and policies.”

Utilities in Wisconsin have in some instances rejected interconnection requests for projects based on the financing choice of customers, according to Vote Solar, and now those utilities “are going to have to think hard about the justification for similar tactics,” Klein said.

The Environmental Law & Policy Center fought a similar battle over third-party solar in neighboring Iowa in 2014 on behalf of a solar installer. Ultimately, the Iowa Supreme Court issued an opinion affirming the rights of solar companies to enter into third-party financing agreements with their customers.

Klein said the arguments from Iowa utilities then — that third-party solar was a slippery slope toward deregulation and would upend a century of utility law — are the same ones put forward by Wisconsin utilities in the case decided Thursday.

“None of the dire predictions from the utilities have come to pass,” he said. “All that’s happened is that cities and nonprofits and families have more options for financing projects.”