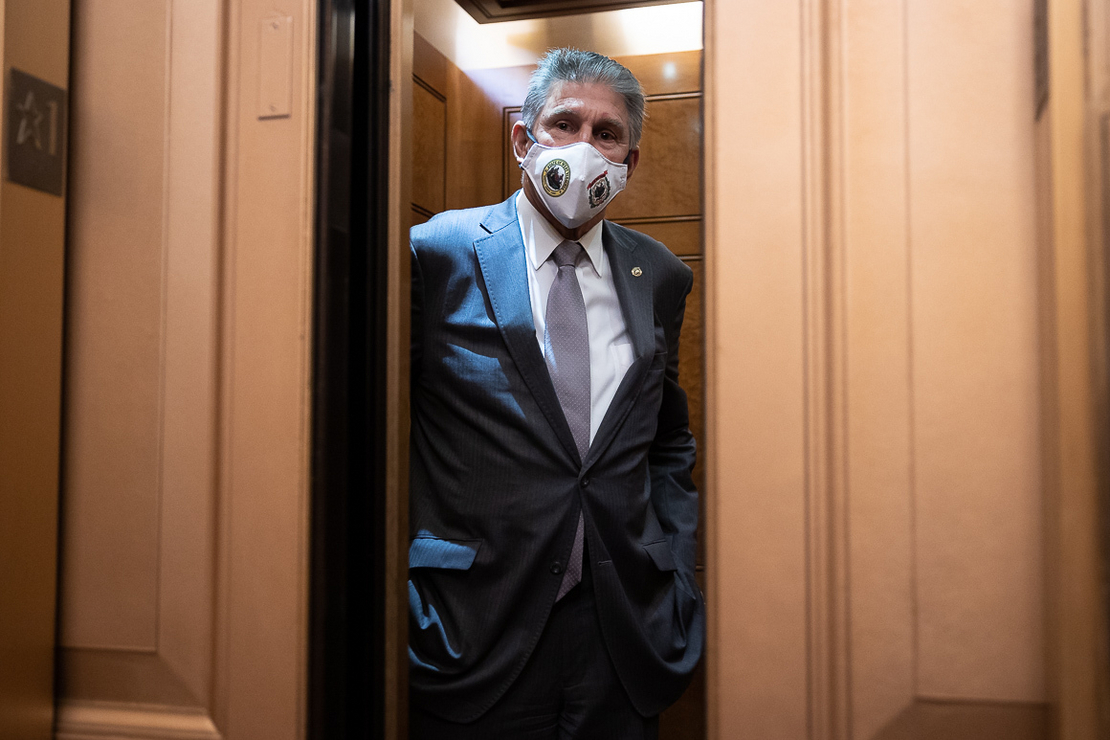 The next few weeks could be among the most consequential in the history of the environmental movement, and green groups are in the midst of a lobbying and advocacy blitz to make sure it doesn’t pass them by.

Environmental groups are organizing to support Democrats’ $3.5 trillion reconciliation package, which could end up being the most ambitious climate legislation ever passed by Congress, and to get Senate Energy and Natural Resources Chair Joe Manchin (D-W.Va.) and other moderates on board with their priorities.

A key question over the next few weeks will be how much the environmental movement has revamped its advocacy to learn from the failure of Waxman-Markey a decade ago, the last time Congress tried to move a major climate bill.

“We’ve really brought the lessons from that unsuccessful effort to make sure that we are doing everything in our power to seize this moment,” said Sara Chieffo, vice president of government affairs at the League of Conservation Voters. “And I am very optimistic that we have the coalition, the champions in Congress and the public support to get to get that done.”

The first hurdle will come this week in the House, where a group of nine moderate Democrats are threatening to withhold support from the budget resolution — which sets up the reconciliation process — unless they first get a vote on the Senate’s bipartisan infrastructure bill.

The brinkmanship could derail the sequencing outlined for months by progressives and Democratic leaders, who have said the House would wait until the Senate passes a reconciliation bill to move on infrastructure (Greenwire, Aug. 20).

LCV and Climate Power on Friday announced a series of digital ads targeting the group of nine, led by Rep. Josh Gottheimer (D-N.J.). The ads push constituents to call the group and ask them to vote for the budget resolution.

The two groups also partnered to spend $14 million on TV and digital ads promoting climate policy in the first half of August alone, as well as a campaign to knock on more than 110,000 doors.

“We’ve also been working with partners in labor, especially, to be placing op-eds across the country with our state partners, elevating this opportunity in a way that just was not there in 2009,” Chieffo said.

The Sierra Club has held events in 23 states during the August recess, targeting “moderate Dems who are either on the fence or nervous about that $3.5 trillion,” said Kirin Kennedy, deputy legislative director for public lands and wildlife protection at the Sierra Club. That includes West Virginia and Arizona, home to the Senate’s top two Democratic swing votes: Manchin and Sen. Kyrsten Sinema.

“We’re doing everything we can on our end, and the biggest thing is elevating the voices of constituents, who are the ones that are the most vulnerable and are the ones that will most likely be impacted the most if we don’t really get some big wins here,” Kennedy said.

The budget resolution, passed by the Senate earlier this month, sets out a Sept. 15 deadline for committees of jurisdiction to draw up policies for the reconciliation bill.

It’s set off a scramble, and the advocacy community will be crucial to those efforts in the coming weeks, with various groups working on modeling to determine the exact scale of the tax credit expansions and the clean electricity payment program.

“We’re incredibly optimistic,” said Collin O’Mara, president and CEO of the National Wildlife Federation. “We’ve been working with all the committee chairs and their staff of this week frantically because everyone is trying to write things for markup from our pub, as well as working with the moderates and trying to make the case that there are incredibly important investments for every single one of their districts.”

“It’s a mix of pushing out targeted policy memos, monitoring where certain programs’ spending numbers are and making sure they’re at the right number,” said Jamal Raad, Evergreen’s co-founder and executive director. “And it’s a lot of dialogue with House leadership, Senate leadership, committee staff.”

Manchin, who has repeatedly stressed that he does not want to eliminate fossil fuels, is a particularly important target for environmental groups across the board. His committee, with its $198 billion reconciliation allocation, would be charged with writing the clean electricity payment program, a version of a clean electricity standard to decarbonize the power sector designed to fit into the narrow rules that govern reconciliation.

The program would function as a system of direct payments to utilities for meeting clean energy targets, combined with fees for those that do not. Combined with expansions of clean energy tax credits for generators going through the Senate Finance Committee, the goal would be to hit 80 percent clean electricity by 2030.

Several climate advocates involved with modeling and drawing up the policy said they expect the payment program to cost roughly $150 billion net over 10 years — a massive chunk of ENR’s reconciliation allocation. They noted that it could work for Manchin’s worldview, given that it would not directly eliminate fossil fuels and would ideally reduce electricity rates via the payment program.

“I think most of the provisions that are that are assigned to his committee work really well for West Virginia,” O’Mara said. “Assuming the clean energy incentive payments stay at a pretty high level, West Virginia’s bills are going to go down.”

While the backstop fees in the payment program likely would not be a big revenue generator, the payments could bring down electricity rates as much as 2 percent, said Lindsey Walter, deputy director of Third Way’s climate and energy program.

“There is a coordinated group of [nongovernmental organizations] that have been advocating for the clean electricity payment program,” Walter said. “We’ve been doing kind of a road show making sure, more than anything, that officers are aware, that senators are aware of what the program is.”

The tax writing committees on Capitol Hill will be a pressure point for green groups and climate advocates. The Senate Finance panel would be instructed by the budget resolution to come up with $1 billion in savings, meaning it would be responsible for most of the bill’s offsets. But it’s also the committee responsible for expansions of clean energy, electric vehicle tax and alternative fueling tax credits that environmental groups have advocated for years.

Advocates are looking, as well, to get the Section 48C manufacturing incentive, championed by Manchin, into reconciliation after it was left out of the bipartisan infrastructure bill.

“We don’t only want to be deploying these clean energy technologies, but we want to be building them here in the United States,” Walter said.

The process is far from over, and there’s an irony to Manchin’s current position as a key gatekeeper of climate policy. The West Virginia Democrat once shot a hole in the Waxman-Markey legislation in a campaign ad.

Since that time, environmental groups say, things have changed drastically, with a more collaboration between green groups and labor and much closer ties between mainstream organizations in Washington and environmental justice communities.

The Biden administration has sent its Cabinet officials out to make the sales pitch and partner with greens. There’s a crop of newer organizations playing a variety of different roles, from the Sunrise Movement’s youth mobilization to the polling and policy work at Data for Progress and Evergreen Action.

And there’s a more robust existing clean energy industry and action at the state level to reduce emissions. A third of Americans already live in a city or state that has targeted or achieved 100 percent clean energy, according to a 2019 report from the UCLA Luskin Center for Innovation.

“We also have the public on our side in a way that we had in polling back in 2009, but climate change is no longer seen as a future threat for communities across the country,” Chieffo said. “They see it impacting their ability to live their lives.”

“It’s hard to overstate how different this is than it was in 2009,” Chieffo added.

Environmental groups, from the beginning of the current effort, largely dispensed with the notion that climate policy has to be bipartisan after Waxman-Markey failed to get 60 supporters to overcome the Senate filibuster.

“The other piece is taking on a standards, investment, justice approach to climate legislation, rather than a large carbon tax or cap and trade, and learning from the failures of Waxman-Markey to approach the policy in a different way that we believe has a better chance of succeeding,” Raad said.

It will be important for green groups to be unified and to get parts of the business community on board, said Leah Stokes, a University of California, Santa Barbara, political scientist who has been involved with the groups and lawmakers crafting climate legislation.

“I think that we need a unified message from outside advocates, which is that the climate crisis is happening now, the impacts are devastating, and we can’t afford to wait any longer,” Stokes said. “That urgency really has to come through in terms of the outside advocates working together to make sure that climate change and climate emissions reductions is at the heart of the policy.”