Win a trip to hunt with Trump Jr. 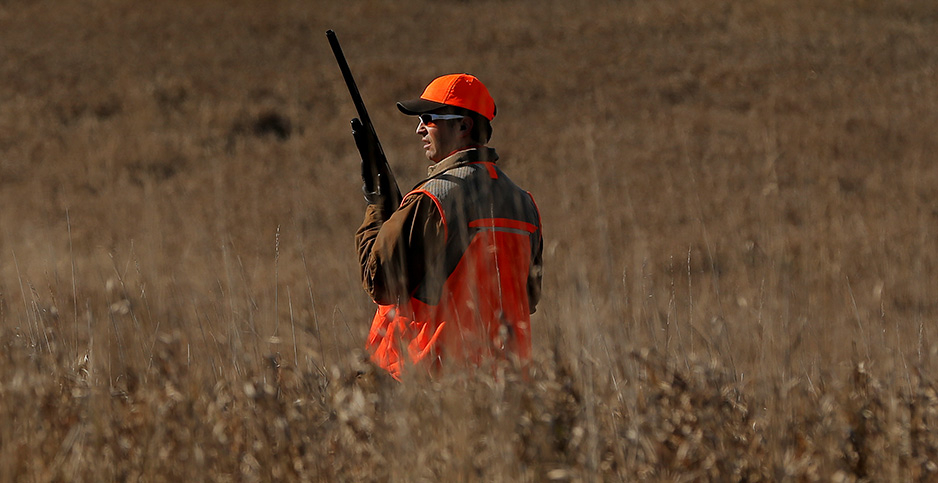 You, too, can board a yacht with Donald Trump Jr. and spend a week shooting sea ducks and Sitka black-tailed deer.

All it takes is thousands of dollars and the will to outbid other hunters in a fundraising auction pegged to the Safari Club International’s annual convention, which starts tomorrow in Reno, Nev. It’s a big four-day event that illuminates the group’s political reach and public standing.

Describing the president’s 42-year-old son as "a man who needs no introduction, and [whose] passion for the outdoors makes him the number one ambassador for our way of life," SCI casts the Alaska trip as an opportunity for an adult and young relative to hunt alongside Trump, his son and guide Keegan McCarthy.

As of noon today, the bid stood at $10,000. The auction concludes Saturday night, when Trump is scheduled to address the convention on its final night.

SCI is offering myriad other expeditions as part of what it called "the world’s largest hunting auction."

SCI expects 15,000 participants at the convention.

"Over the last 48 years, SCI has a history of delivering top level speakers and entertainment to its members. Our sold out banquet says it all. Donald Trump, Jr. walks the walk. Not only is he one of the strongest voices for sportsmen and the critical role we play in conservation, but he is also a world renowned hunter," SCI International Director of Government Affairs Benjamin Cassidy said today.

"Day and night, the auctioneer gavel keeps falling on dream hunts and hunter-preferred items from around the world, all to fuel SCI’s hunter advocacy and wildlife conservation efforts," the organization states.

SCI has about 50,000 members and 180 chapters in the United States and abroad. It also has well-placed allies, a potent lobbying presence and vocal opponents who decry actions like Trump’s hunt and the organization’s upcoming convention.

"This annual event is the largest meeting in the world of people who celebrate the senseless killing, buying and selling of dead animals for bragging rights," Kitty Block, president and CEO of the Humane Society of the United States, said in a statement.

Interior Secretary David Bernhardt, when he was in private law practice, represented SCI, which triggered a recusal requirement at the start of his Trump administration tenure. Still, the organization has retained a presence for the avowedly pro-hunting department.

"The event was highlighted by … Aurelia Skipwith’s rousing defense of sport hunting as key to conservation, at our Saturday night gala," convention Chairman Trey White said in a statement.

Trump currently is executive vice president of the Trump Organization, which describes him as working to "expand the company’s real estate, retail, commercial, hotel and golf interests."

But even before his father took office, the namesake son employed his love of hunting and fishing as a personal social media brand as well as a bridge to the hook-and-bullet enthusiasts (Greenwire, July 12, 2019).

"I’m a big outdoorsman; that’s what I do: I hunt, I fish, I shoot competitively all over the country," Trump said at a Montana campaign event in 2017.

Last year, conservation groups urged FWS to probe a Mongolian hunting trip that allegedly ended in Trump’s trophy-killing of a protected argali sheep. The federal agency said there was "no basis" for an investigation.

The Alaska trip now being auctioned off with Trump as the co-host is the start of what’s being called the Hunter Heritage Series, with each shooter allowed to take two Sitka black-tailed deer.

"Together we recognize the need to improve access to young hunters and create opportunity and excitement around getting them into the field," the auction site states. "Through this program we look to share the true hunting experience with the next generation."