Wind and solar are booming, but emissions aren’t falling 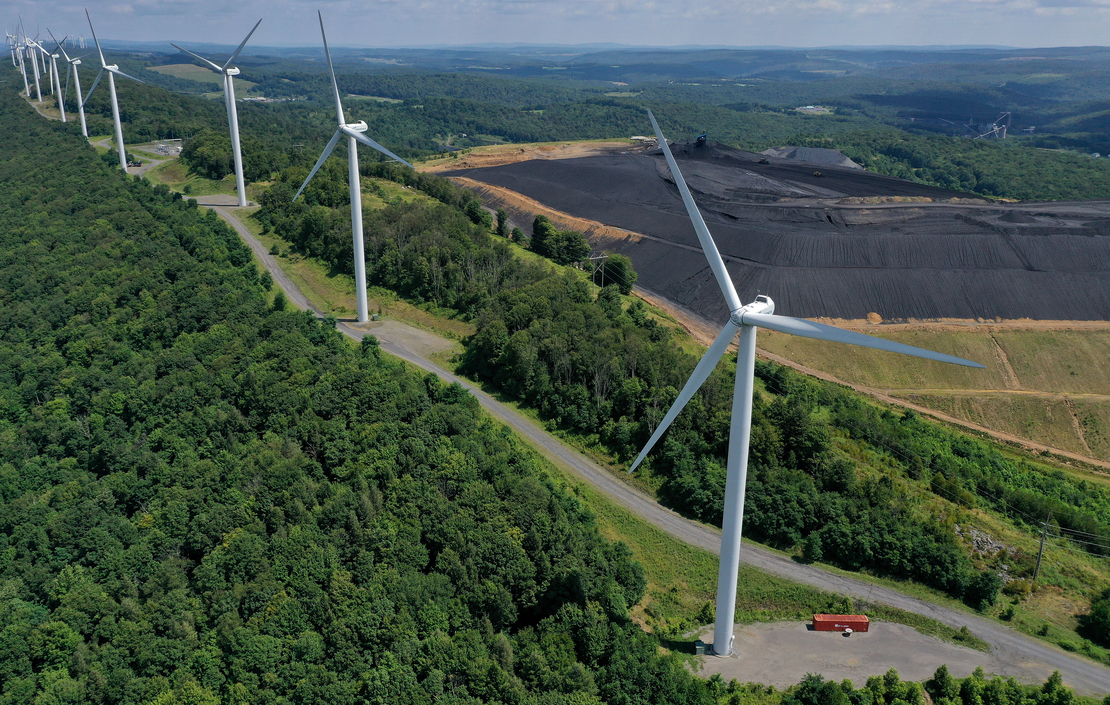 Turbines from the Roth Rock wind farm spin on the spine of Backbone Mountain in Oakland, Md. Chip Somodevilla/Getty Images

Wind and solar generation surged 22 percent through the first nine months of the year, building on a period of record-breaking renewable energy installations last year.

The growth has helped fill a gap in electricity production created by the falling use of coal, which is down 8 percent through September.

But emissions impact of the renewable boom has been blunted by the growth of natural gas generation, which is up 7 percent, and falling output from nuclear facilities.

EPA figures show power sector emissions were down 1 percent through the first half of the year.

A big question is whether the United States can sustain the growth in renewable generation. The climate and health bill passed by Congress in August will direct nearly $370 billion to low emission projects over the next decade. But renewable energy developers face growing headwinds from the economic downturn, supply chain bottlenecks and transmission constraints.

“I think the question going forward is are we going to have the transmission capacity to really continue to make gains in solar and wind,” said Harrison Fell, a researcher at Columbia University’s Center for Global Energy Policy. “We’re seeing the interconnect queues grow and grow and grow. That’s not slowing down. Having a roadblock thrown in permitting reform is not helping.”

A recent report from Lawrence Berkeley National Laboratory underlined that point. It found that 674 gigawatts of utility-scale solar was waiting to connect to the grid in transmission queues around the country. That is roughly ten times the amount of solar installed in the United States to date.

For now, renewable energy growth continues. Utility-scale solar installations produced 104 terawatt-hours of electricity through September, a 30 percent increase over the same time last year, according to an E&E News analysis of U.S. Energy Information Administration data. Solar generation has more than doubled since 2019, when the industry generated 51 TWh through the first nine months of the year.

Wind generation was nearly 325 TWh through the first three quarters of this year, a 19 percent increase over that time period in 2021 and a 53 percent rise since 2019. Wind and solar now account for roughly 14 percent of U.S. power generation.

The growth follows a year in which the United States installed record amounts of renewable capacity — about 17 GW of wind capacity and 15.5 GW of solar, according to EIA data. That pace has slowed in 2022, as developers contend with supply chain bottlenecks.

Over the first six months of this year, the United States installed 5.2 GW of wind capacity and 4.2 GW of solar, EIA said. The agency is still predicting a boom in installments for the second half of the year, with 13.6 GW of solar and 6 GW of wind.

But many power industry analysts are skeptical of those numbers. Inflation, supply chain bottlenecks and policy decisions, like the Commerce Department solar tariff investigation, could push 2022 installations below 2021 levels, said Marcelo Ortega, an analyst who tracks the sector at Rystad Energy. He projected 8 GW of new wind capacity and 10 to 15 GW of solar for 2022.

The longer-term picture also remains challenging. While federal tax credits are a boost to new installations, grid operators are struggling to keep up with the wave of renewable energy applications for connecting to the grid. That represents a sea change from the past, when grid operators normally only needed to evaluate a handful of large fossil fuel interconnection requests, Ortega said.

“This is not currently a major threat in the short term but in 2024 and 2025 backlogs of interconnection studies will start choking incoming capacity,” Ortega wrote in an email.

Total power demand in the United States is up 4 percent through the first three quarters of the year. Gas generation has grown the most in real terms, rising from almost 1,098 TWh last year to 1,186 TWh this year.

The growth in gas demand has coincided with dropping coal generation, which fell from 720 TWh last year to 660 TWh this year. Mining output has remained depressed despite an uptick in gas prices (Climatewire, Sept. 20).

Nuclear, meanwhile, continues its gradual decline, as production fell from 590 TWh last year to 585 TWh this year. The Palisades nuclear plant in Michigan ceased operations in May, though the plant was recently sold and Michigan officials have expressed hope it could be reopened (Energywire, Sept. 12).

Some 4.7 GW of nuclear capacity has been retired since 2017, according to EIA.

The net result is slightly falling greenhouse gases. Power plant carbon dioxide emissions through the first half of the year were 794 million tons, compared to 801 million tons during the first six months of 2021, according to EPA figures.