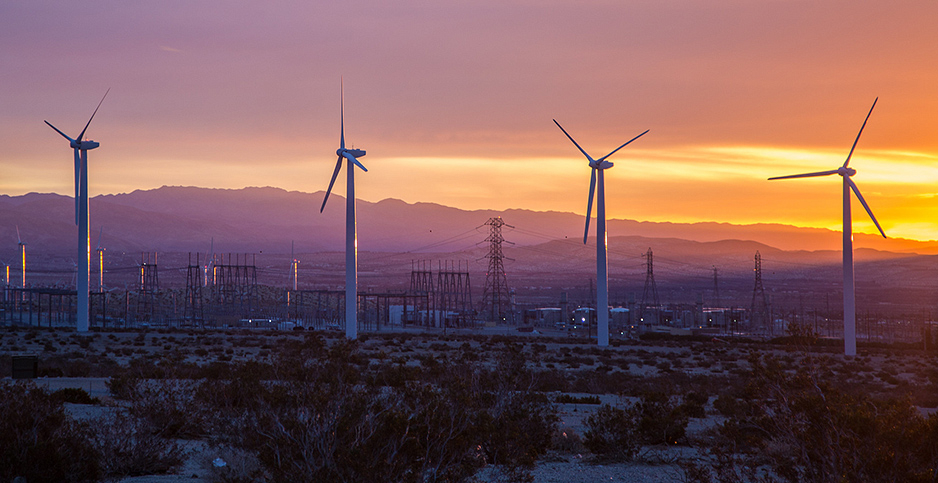 Wind power eclipsed coal-fired electricity on some days this year. A wind facility is pictured near Whitewater, Calif. Tony Webster/Flickr

Wind generated more electricity nationally than coal on three separate days over the past six weeks, according to an E&E News review of federal data.

Such a milestone would have seemed unthinkable a decade ago, when coal accounted for almost half of U.S. power generation. But the last 10 years have seen coal’s position steadily erode due to a combination of slack electricity demand, mounting concern over climate, and increased competition from natural gas and renewables.

The novel coronavirus only has intensified the industry’s pain. Steve Cicala, a professor who studies power markets at the University of Chicago, reckons that electricity demand is down 8% as a result of the economic lockdowns designed to halt the virus’s spread.

Coal has borne the brunt of that decline. Wind and solar generation has been largely unaffected because they have no fuel costs — meaning that utilities turn to them when available. Natural gas prices, meanwhile, are mired near historic lows. That has left coal as the fuel to be curtailed.

Coal represented 16.4% of U.S. power generation over the last month, down from 22.5% the same time last year, according to the Rhodium Group, an independent research firm. Wind and solar generation, by contrast, rose from 10.7% of generation this time last year to 12.2%.

"I think in a lot of ways it’s just sort of fast-forwarding to the future of our grid," Cicala said.

Wind generation has climbed by nearly a third since 2016 as new developments sprouted from the plains in Texas, Illinois and other states across the Midwest. Wind now generates more electricity than hydropower and is a primary reason why generation from renewables regularly outpaces output from coal.

Generation from the renewable trio of wind, solar and hydro exceeded coal in the first three months of 2020, according to a recent report from the Institute for Energy Economics and Financial Analysis, a research group that supports a transition to clean energy.

There now appears to be days when wind generates more power than coal on its own. On March 8, wind output was almost 1.4 million megawatt-hours, according to U.S. Energy Information Administration data. Coal generation that day was 1.3 million MWh. The feat was repeated on March 28 and April 12.

Joe Daniel, a power sector analyst at the Union of Concerned Scientists, said the development mirrors trends in the United Kingdom, where wind generation quickly overtook output from coal plants. There are now days when the British grid is coal-free.

"This is the natural progression from an energy system making the transition from fossil fuels to cleaner forms of energy," Daniel said.

There are several caveats to consider with the wind surge. Coal generation typically falls in the spring, when electricity demand fades. Many utilities plan scheduled maintenance for the spring months. And coal generation still regularly exceeds wind.

Wind’s new, if brief, parity with coal nevertheless demonstrates the long-term challenges facing the coal industry, said Mark Dyson, who tracks the power sector at the Rocky Mountain Institute. Coal plants are expensive to maintain. Those costs get harder for utilities to justify when they run less and less.

"We anticipate coal generators to continue the trend of announced retirements and perhaps faster than they otherwise would have, because they have been run less," Dyson said.