Winners and losers in the $1.5T spending omnibus 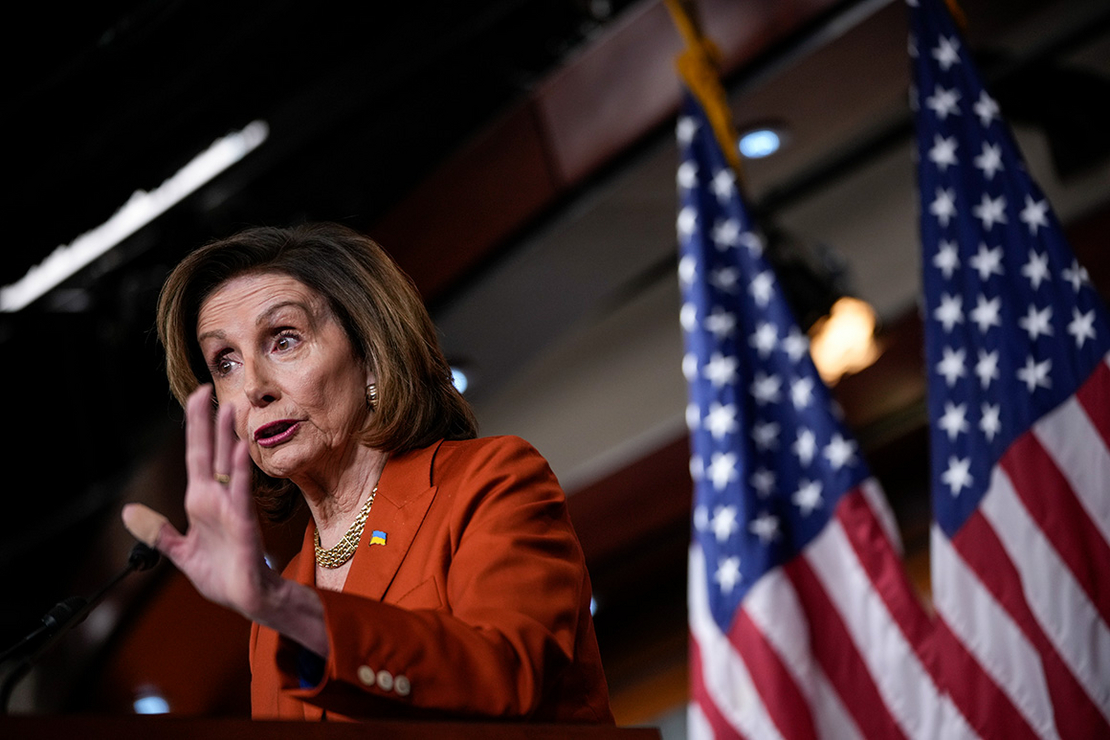 Congressional leaders from both parties were quick to say that the sweeping omnibus spending package that passed the House last night was filled with trade-offs intended to ensure it can make it to the president’s desk.

And at more than 2,700 pages, the appropriations package contains many winners and losers in what could be the largest spending bill Congress passes this year. Here’s an E&E News look at the fallout.

Senate Majority Leader Mitch McConnell (R-Ky.) was quick to put out a statement backing the omnibus, saying he’s “proud of the major concessions we have extracted from this all-Democrat government.”

Senate Republicans, led by their top appropriator, Sen. Richard Shelby of Alabama, for months insisted they would not back a spending package unless it contained parity between defense and domestic spending. Democrats and the White House had argued for large increases for domestic agencies, like EPA and the Interior Department, and wanted Pentagon spending in check after years of rapid growth.

McConnell and the Senate GOP ultimately had their way in an evenly divided Senate because Democratic leaders know they’ll need 10 Republican votes to overcome any filibuster.

Congress has grown increasingly concerned about carcinogenic per- and polyfluoroalkyl substances found at military bases and the budget is a high-water mark for investing in their cleanup.

Putting those dollars in the defense-related bills has helped ensure that the cleanup efforts get support from both parties.

Lawmakers are once again making it clear they are fans of the work done by the Department of Energy’s 17 national laboratories.

The omnibus deal would provide $7.5 billion, an increase of $449 million above fiscal 2021 levels and $35 million above the request for overseeing the labs. It was the largest increase for any single DOE office.

Moreover, more money could soon be headed for the labs. Congress is working on sprawling innovation and competitiveness legislation that would put the Office of Science on course for $12 billion funding annually by 2026.

Love them or hate them, earmarks are back. The bill contains about $10 billion in congressionally directed spending projects.

Congress banned earmarking for more than a decade amid a series of scandals, but lawmakers resurrected them with new disclosure requirements and strict limits on who could receive them.

Lawmakers in both parties were quick to note that the funding for earmarks in the bill was well under the 1 percent of overall discretionary spending that could have gone toward congressionally directed spending.

Still, earmarks could give Senate conservatives who see then as wasteful spending a reason to vote against the bill. It also remains to be seen if Republicans would continue with earmarks if they control Capitol Hill next year.

With tight top lines, progressives could argue that the Civilian Climate Corps getting any money at all should be considered a victory.

The spending package would allocate roughly $20 million for the green jobs training and placement program that would put young people to work on projects intended to mitigate the climate crisis.

While the concept has been around for years — it’s modeled after the successful New Deal-era program known as the Civilian Conservation Corps — the new climate corps framework gained prominence during the 2020 presidential election campaign.

Climate stalwarts like Sen. Ed Markey (D-Mass.) and Rep. Alexandria Ocasio-Cortez (D-N.Y.) championed the initiative, and President Biden was pledging his support for it within weeks of being sworn into office.

The $1.7 trillion “Build Back Better Act” was due to make a major down payment in creating the CCC. But with that legislation stalled, advocates doubted Democrats would neglect to make investments in the omnibus for a program that is hugely popular with the party’s young, progressive base.

The omnibus will only spend around $20 million to help get the CCC off the ground.

In comparison, the House-passed Interior funding bill for fiscal 2022 would have spent $101 million, while Senate appropriators were at one point proposing a $120 million investment.

Biden initially asked Congress to approve a $10 billion allocation for the CCC, while Markey and Ocasio-Cortez were clamoring for something closer to $120 billion. Republicans have derided it as an unnecessary federal jobs program and argued the conservation work could be done by the private sector.

The “Build Back Better Act” had provisions for a new CCC at closer to $30 billion.

In the context of these other figures, it’s difficult to not regard the CCC as a loser.

It’s not clear what $20 million will be able to achieve in getting such a massive undertaking off the ground.

Green groups, like the League of Conservation Voters, donated tens of millions to Democrats in recent years to put Joe Biden in the White House and their majorities in the House and Senate.

But the omnibus is not the spending plan they wanted.

Greens had hoped for major increases for EPA after years of cuts or flat funding under Trump, but only got 3 percent, while policy riders they favored to expand environmental rules were largely dropped from the deal.

Environmental groups, often quick to praise administration efforts on the climate and conservation work, were largely silent when the package surfaced. Those that spoke slammed the bill.

The left-leaning Center for Biological Diversity called the omnibus an “environmental catastrophe and a colossal failure of leadership by the Democratic establishment.”

Biden may have put the United State back in the Paris climate accord, but Congress isn’t paying for a major international climate effort.

The bill recommends $1.5 billion for the State Department to help address the climate crisis but doesn’t include money for the Green Climate Fund. Earlier, House and Senate Democratic proposals had proposed at least $1.45 billion for what would have been a first-ever direct appropriation for the program.

Pandemic aid was dropped after Democratic lawmakers from dozens of states objected that the aid would be funded by clawing back unused Covid-19 funding previously designated to those states. Republicans had insisted that the spending be partially offset.

Many House Democrats were caught off-guard when the bill was released in the middle of the night by party leaders and said they were not looped into closed-door talks beforehand. In turn, they provided a rare rebuff to Speaker Nancy Pelosi (D-Calif.) who in turn removed the aid from the omnibus.

It now remains to be seen if Congress will be able to move a stand-alone Covid-19 spending bill.