Winners and losers in the economic stimulus package 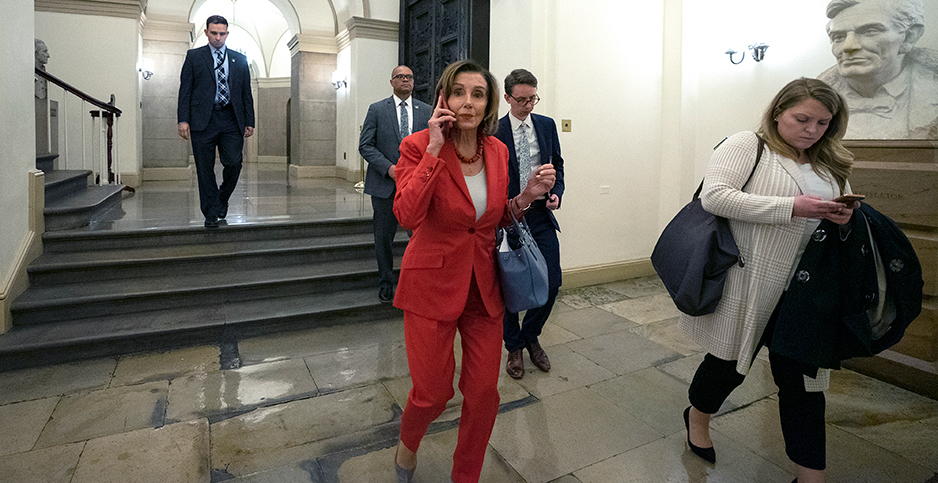 Congress is putting the finishing touches this week on a $2 trillion bill to fight the new coronavirus that would be the largest funding measure ever to clear Capitol Hill.

Energy and environmental interests have been lobbying hard to shape the legislation, which includes spending, tax and policy provisions.

Here’s a look at the winners and losers on some of the issues important to the energy and environmental community.

Commercial airlines, which have been hemorrhaging billions of dollars with bans on international travel and a drop-off in domestic travel, fared as well as any single industry — not directly related to health care — in the bill.

The airlines would receive $50 billion, evenly split between grants and low-interest loans to keep flying amid the pandemic.

The bill would place some restrictions on stock buybacks by airlines and limits on the salaries of top executives, but would not enact new environmental regulations pushed by progressive Democrats.

Public transit systems across the nation that have curtailed services as passengers have stayed home will be able to tap into $25 billion in federal transit grants to cover their losses under the stimulus.

Amtrak, the beleaguered rail agency loathed by conservatives, will get a $1 billion bailout, as its revenues, too, have dried up. The money will come in the form of direct federal assistance to the rail cooperation and aid for Amtrak’s state-supported routes.

Sen. Tom Carper (D-Del.), ranking member on the Senate Environment and Public Works Committee and a frequent commuter to Washington on Amtrak, is likely to cheer the move.

The federal government has had a haphazard and slower process for allowing telework by employees than most private-sector businesses.

But Congress now seems to be on board with expanded teleworking, giving agencies hundreds of millions of dollars in the stimulus to buy the equipment and software licenses needed to allow feds to work remotely during the pandemic.

If teleworking proves successful, expect it to become a staple of the federal workforce even after the current crisis passes.

Lawmakers are spending billions of dollars on federal research, betting government scientists at agencies — including obvious ones, such as the Centers for Disease Control and Prevention, and the less obvious, like EPA — can have a role in combating the new coronavirus.

The Department of Energy would get nearly $100 million for its world-renowned labs to help with finding virus treatment and vaccines.

About half the bill’s money for EPA, $4 million, would go toward research and expanding its registry of virus disinfectants (see related story).

The CDC, long the federal leader in disease research, would get more than $4 billion in the latest stimulus.

The package would establish an $8 billion tribal government relief fund for the country’s 574 federally recognized American Indian tribes for response, recovery and continuity of essential services.

Lawmakers also fought to carve out an additional $2 billion in emergency supplement funding for the Indian Health Service, Bureau of Indian Affairs, Bureau of Indian Education and Office of Native American Programs at the Department of Housing and Urban Development.

"These are key victories, but we are not done," said Sen. Tom Udall (D-N.M.), vice chairman of the Senate Indian Affairs Committee and a senior appropriator.

Indeed, he may be right. Indian Country has powerful Democratic and Republican advocates, including Sen. Lisa Murkowski (R-Alaska), who leads the Interior and Environment Appropriations Subcommittee and the Energy and Natural Resources Committee, and House Natural Resources Chairman Raúl Grijalva (D-Ariz.).

Maybe the biggest winners are K Street lobbyists, who billed many hours as they went into overdrive trying to shape spending, tax provisions and loan policies in the legislative behemoth.

A major push by environmentalists to force any airline getting federal aid to curb its carbon emissions did not make it into the bill.

Greens rallied behind a plan, backed by House Democrats, that would have forced any carriers getting money to offset half of their carbon emissions by 2025.

Republicans quickly rallied against the proposal as a bid to pass the progressive Green New Deal in the guise of the stimulus.

While the carbon-neutral initiative may have failed, it caught the attention of Airlines for America, the trade group representing the nation’s largest carriers who opposed it.

The group ran a banner headline on its website this week claiming, "Airlines fly green," and touting studies claiming sharp drops in carbon output from carriers since the 1970s.

Large energy companies insisted they were not seeking a direct federal bailout in the stimulus, and they did not get one.

But there were greater expectations DOE would provide an extra $3 billion to buy U.S. crude to fully fill the Strategic Petroleum Reserve amid the global oil price war.

Those dollars, however, failed to make it. Environmental groups were pleased to see the SPR money left out.

Still, groups like the Center for Biological Diversity and the Food & Water Action warned fossil fuel companies and other polluters could still tap into hundreds of billions of dollars in federal loans under the bill.

Solar, wind and nuclear power groups had sought to use the legislation to expand, renew or extend various tax breaks that they argued would help generate jobs in a time of economic uncertainty.

They said clean energy incentives in the 2009 economic recovery package helped add millions of clean energy jobs over the past decade.

As negotiations over the stimulus legislation intensified, lawmakers’ investments came under fresh scrutiny after several senators appeared to dump stock as the pandemic began to spread.

GOP Sens. Richard Burr of North Carolina and Kelly Loeffler of Georgia have perhaps faced the most criticism for selling stocks not long after attending a closed-door briefing where the administration warned the pandemic would hurt the economy. Loeffler’s sell-off included as much as $500,000 in Exxon Mobile Corp. stock.

Both lawmakers have denied any wrongdoing. Burr, who says he only relied on public information, has asked for an Ethics Committee probe. Loeffler, who said the stock sale was made without her knowledge, said she’d welcome a review.

While calls to tighten trading restrictions were never seriously considered for the stimulus, the political fallout could hurt Loeffler as she faces her first Senate election this fall after being appointed to an open seat earlier this year.

Burr, a champion of the Land and Water Conservation Fund, has said he is not running for reelection. But his role as Intelligence Committee chairman has attracted scrutiny and some calls for resignation.