Winners and losers in the omnibus 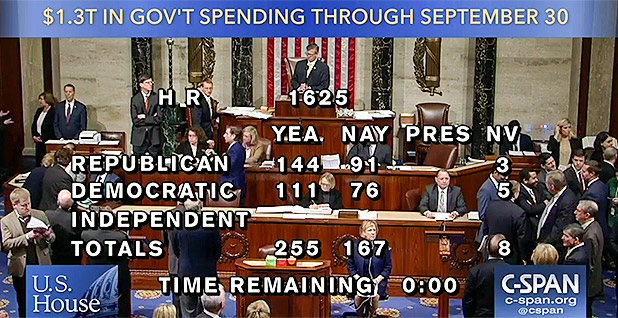 The omnibus spending package was approved by the House yesterday and by the Senate after midnight. C-SPAN

At about 4 inches thick and comprising more than 2,200 pages, the $1.3 trillion fiscal 2018 omnibus passed yesterday in the House and shortly after midnight in the Senate (see related story) in a series of carefully crafted political trade-offs aimed at winning bipartisan support.

Here’s at look at the energy and environment winners and losers in the spending accord.