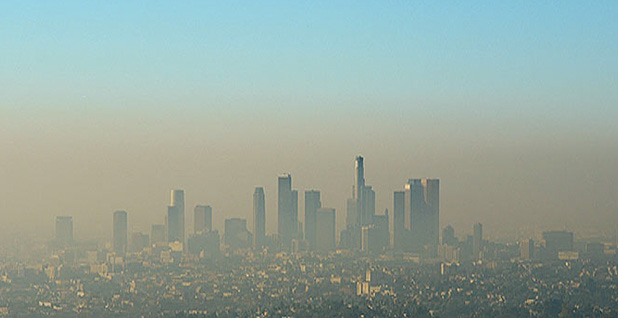 EPA today unveiled a list of areas that are out of attainment with ozone standards. EPA

In a decision certain to be closely scrutinized, EPA has handed Wisconsin state officials a partial victory in deeming the county that’s slated to be the home of a massive manufacturing plant in compliance with its 2015 ground-level ozone standard.

EPA officials had earlier recommended designating Racine County in nonattainment for the 70-parts-per-billion threshold. The county in Wisconsin’s southeastern corner is the site of a future Foxconn Technology Group plant that is predicted to employ thousands of people making consumer electronics and imaging equipment. The proposed nonattainment designation could have required Taiwan-based Foxconn to install state-of-the-art pollution controls, the Milwaukee Journal-Sentinel reported in March.

But in the final rule released today, EPA classified Racine County as "attainment/unclassifiable" and applied that same designation to two other nearby counties that also had previously been recommended for nonattainment designations.

The agency went ahead with nonattainment designations for parts of a half-dozen other counties. Gov. Scott Walker (R) had wanted the entire state classified in attainment; a spokesman had no immediate comment this afternoon.

For Wisconsin, the attainment process had acquired political overtones both because of Walker’s concerns and because President Trump, who owes his surprise 2016 election victory in part to Wisconsin voters, has touted the Foxconn project.

Otherwise, EPA appears to have stayed relatively close to its previous recommendations nationwide in issuing this round of final attainment designations, which were required by a court order. In all, 51 areas in 22 states and the District of Columbia were designated in nonattainment, according to an agency fact sheet.

"Following the data and the law, today’s designations reflect continued progress in addressing ground-level ozone and its precursors," EPA Administrator Scott Pruitt said in a press release. "EPA will continue to work closely with our state and tribal partners to improve air quality for all Americans."

While only made public today, the final rule indicates that Pruitt signed it yesterday in accordance with the court-ordered deadline.

Ground-level ozone, the main ingredient in smog, is formed by the reaction of nitrogen oxides and volatile organic compounds in sunshine; it has been linked to asthma attacks in children and worsened breathing problems in people with chronic respiratory disease. In 2015, EPA tightened the standard from 75 ppb to 70 ppb on the grounds that the stricter limit was needed to adequately protect the public in light of added research on ozone’s health effects.

Under the Clean Air Act, all attainment designations for the 2015 standard were due by the beginning of last October. But although EPA in November declared about 85 percent of U.S. counties to be effectively in attainment, agency officials held off on making designations for Houston, Los Angeles and dozens of other areas likely to be out of compliance.

In a ruling last month on lawsuits brought by Democratic-led states and environmental groups, U.S. District Judge Haywood Gilliam Jr. of the Northern District of California ordered EPA to make most of those remaining designations by today. The sole exception was an eight-county area in and around San Antonio; Gilliam gave EPA until July 17 to sign off on that decision (E&E News PM, March 12).

The designations start the clock for states to come up with cleanup plans for bringing nonattainment areas into compliance. Under a classification scheme published last month, the amount of time allowed to meet the 2015 threshold will vary along a five-point sliding scale that ranks nonattainment areas from "marginal" to "extreme."

But the broader boundaries of EPA’s implementation strategy for the 2015 standard are still tangled in litigation over its rule for putting in place the previous 75 ppb ozone benchmark set in 2008. In February, a three-judge panel of the U.S. Court of Appeals for the District of Columbia Circuit ruled that EPA had illegally weakened air quality protections when it opted to revoke a previous standard as part of that rule.

The Trump administration, which has been mulling a similar move for implementation of the 2015 standard, argued in a motion for panel rehearing last week that EPA acted reasonably (Greenwire, April 24). As of today, the rehearing motion was still pending.

Also enmeshed in litigation is EPA’s Obama-era guidance to streamline its handling of states’ applications for waivers of air pollution violations caused by wildfires or other "exceptional events" outside their control.

States regulators had complained of the cost and time needed to prove an exceptional event under EPA’s previous guidance. In issuing the revised version, EPA explicitly pitched it as a tool for helping states — particularly those in the West — meet the 70 ppb ozone standard.

But the Natural Resources Defense Council has challenged the guidance in court, arguing that it would also allow large amounts of industrial pollution and thus violate the Clean Air Act. A three-judge panel on the U.S. Court of Appeals for the District of Columbia Circuit heard oral arguments on the case in March (Greenwire, March 22). The panel has not yet issued a decision.