With Biden on the cusp, Trump camp stokes discord 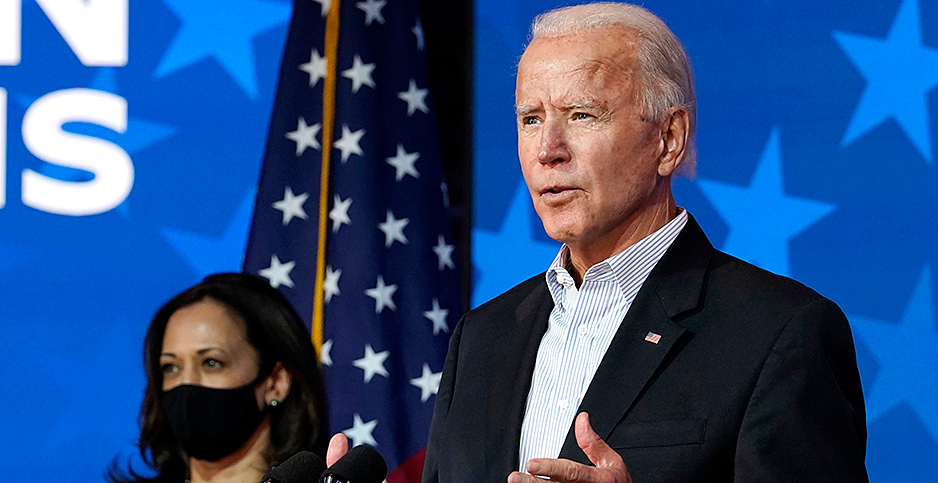 Votes counted in Philadelphia put Biden’s count above Trump’s by midmorning, and his lead has widened slightly since. Biden has 50.09% of the votes counted in Pennsylvania and is 12,390 votes ahead of the president at time of publication.

But Trump and his Republican allies are showing signs they might not accept the election results if Biden is declared the winner.

The Associated Press and other major news outlets have not yet formally projected Biden as the winner in Pennsylvania. He pulled ahead of Trump in Georgia earlier this morning, but major outlets haven’t called that state for the former vice president, either.

Decision Desk HQ, an election count aggregator that partners with some news organizations, named Biden the winner both in Pennsylvania and of the overall White House race as a whole shortly after he moved ahead of Trump in the Keystone State’s count. Other outlets have not followed suit.

AP for now has Biden with 264 Electoral College votes, so any additional state call would put give him the majority. Trump has 214 votes.

Biden is ahead in the unofficial vote counts of Pennsylvania, Georgia and Nevada. Trump is ahead in the remaining states yet to be called: North Carolina and Alaska. AP declared Biden the winner in Arizona, a move made by one other major outlet, Fox News.

Georgia Secretary of State Brad Raffensperger, a Republican, said his state had about 4,100 ballots left to count as of this morning. But given the margins and existing state law, the Peach State is guaranteed to conduct a recount.

"The final tally in Georgia, at this point, has huge implications for the entire country. The stakes are high, and emotions are high on all sides," he said in a news conference. "We will not let those debates distract us from our work. We will get it right."

Philadelphia has about 40,000 ballots left to count, and the results for about 2,000 to 3,000 of those will be published this afternoon, according to Lisa Deeley, a Democrat and the chairwoman of the city’s commissioners.

Biden’s campaign was cautious in its reaction to this morning’s news but indicated it would not accept Trump’s trying to call the eventual results into question.

"As we said on July 19, the American people will decide the election. And the United States government is perfectly capable of escorting trespassers out of the White House," Biden spokesman Andrew Bates said.

Some environmental groups took the Pennsylvania and Georgia news and declared a Biden victory.

"Young people and America as a whole rejected everything Donald Trump stands for and voted to start making progress again. Young Americans cast more ballots in this election than ever before, supporting the Biden-Harris ticket in overwhelming numbers and electing the first woman of color as vice president," said Ben Wessel, executive director of NextGen America, the group funded by billionaire environmental advocate Tom Steyer.

"Young Americans will have a seat at the table in the Biden-Harris administration, pushing for bold action on climate change, health care, student debt, racial justice, and more," Wessel said. "We can’t wait to get started."

"Joe Biden has an opportunity to right the ship and take the decisive action necessary to tackle our climate crisis with the urgency it requires. He must start by immediately banning fracking on federal lands, as he has promised," Wenonah Hauter, the group’s executive director, said in a statement.

"Fracking poses an unacceptable risk to public health and it enables our perilous addiction to fossil fuels," she said, adding a call for a "much-needed overhaul of our food and water systems."

But as some Democrats and Biden allies celebrated the news on Pennsylvania and Georgia, the former vice president faces a daunting road ahead — including on environmental issues.

First, there is no indication that the president will concede the race, and he continues to stoke discord among his supporters by questioning the legitimacy of the election with baseless claims — including from EPA officials.

"This election is not over," Trump campaign general manger Matt Morgan said in a statement today regarding the new leads and the Decision Desk call.

"The false projection of Joe Biden is the winner is based on results in four states that are far from final," he said.

Morgan went on to make baseless allegations of "improperly harvested" ballots and "many irregularities" in Pennsylvania.

CNN reported today that Fox News, which has yet to call the race, will not refer to Biden as "president-elect," as is customary when a winner is projected. That would appear to give the Trump campaign time to pursue legal challenges and continue to raise questions about the result.

EPA chief of staff Mandy Gunasekara tweeted unfounded allegations of Democrats stealing votes in Pennsylvania this week. She later told E&E News that she was tweeting on her own time, not representing the agency (Greenwire, Nov. 5).

As president, Biden would inherit a coronavirus pandemic that has consistently set new records for new daily cases this week.

And, on climate and energy issues, Biden would likely run into a large roadblock: a Republican-controlled Senate. Democrats and independents who caucus with them have won 48 of the upper chamber’s seats, but the GOP has the advantage in the remaining three, which hinge on uncounted ballots in Alaska and likely runoff elections for two Georgia seats.

A Biden administration would undoubtedly try to reverse steps taken by Trump, including reentering the Paris climate agreement.

But there was no "green wave" evident in the election results, as many Democrats backed by major environmental groups lost. Democrats lost seats in their House majority, and unless they pull off upsets in two Georgia Senate races — one of which is heading to a January runoff, and the other of which might do so — Republicans will retain control of the Senate (E&E Daily, Nov. 5).

"A lot of these regulations could have been readily fixed by legislative amendments if the Democrats controlled both houses [of Congress] and the presidency," Buzbee said. "That type of clarifying amendment will not be easy to do without control of the Senate."

Any sort of expansive climate plan coming out of a Biden EPA under existing law is also sure to be challenged in court. And there, it will run into a judiciary featuring more than 200 Trump-appointed judges, including a Supreme Court that now has a 6-3 conservative majority.

But there may be hope for bipartisan cooperation on climate measures.

"Some of the few remaining Republican senators with green leanings might be willing to work with Democrats on consensus climate measures," analysts at ClearView Energy Partners wrote in a note to clients yesterday, "but we would not expect [Senate Majority Leader Mitch] McConnell to offer much support for a Biden administration’s energy transition agenda — at least not at a price that the White House might be willing to pay."

With Biden getting closer to victory, Republicans appear divided on whether they will accept the results.

Texas Sen. Ted Cruz offered a sharply worded criticism of Philadelphia election officials last night in an appearance on Fox News, asserting that vote counters are operating in a "shroud of darkness."

"They are setting the stage to potentially steal an election, not just from the president but from the over 60 million people across this country who voted for him," Cruz said in a video clip he posted to his Twitter account. "It is lawless, and they need to follow the law."

According to AP, current vote tallies show more than 73,650,000 ballots cast for Biden nationwide. Trump trails in the popular vote with more than 69,723,000.

Trump likewise took to Twitter this morning, quoting attorney Ken Starr’s accusations that Pennsylvania Gov. Tom Wolf (D) and the Keystone State’s own Supreme Court violated the Constitution by allowing mail-in ballots that were sent before Election Day to continue to be counted.

"The power to set these rules and regulations is vested in the Legislature. They just ignored that, ignored the Constitution," Trump wrote in a series of tweets, apparently quoting Starr’s appearance on the Fox Business channel. He went on to quote Starr calling the state’s election process "a horrible lawless way."

"Americans deserve a free and fair election. While vote counters must be allowed to do their jobs the American people also need a transparent process so they can trust the final count," Lee posted to his Twitter account.

Florida Sen. Marco Rubio, who has urged allowing sufficient time for ballots to be tallied, opted to tweet out a Bible verse earlier today.

"Scoundrels, villains, are they who deal in crooked talk," Rubio wrote early this morning.

An hour later, Rubio continued to pontificate on the election, tweeting: "Faith in our election is as important as the outcome. Preserving it requires not allowing the outcome to be decided by either the media or a candidate. Transparently count every legally cast vote & allow courts to decide claims of irregularities or fraud on the basis of evidence."

"We want every vote counted, yes every legal vote (of course). But, if you have legit concerns about fraud present EVIDENCE and take it to court. STOP Spreading debunked misinformation… This is getting insane," Kinzinger wrote yesterday.